Inside a Theme Park in Korea: Gyeongju World

While teaching English in Korea, I’ve taken many opportunities to try new things.  It’s been a

fun time and I’ve gotten to spend time with some good people.  You may have read some of my other posts about the many things to do in Gyeongju.  If not, go here.  Gyeongju is a city of great historic value to Korea and one of the popular tourist destinations.  One of the things I had mentioned was Gyeongju World.  I finally took the opportunity to visit an amusement park in Korea and boy was it fun.  Here’s why.

Gyeongju is less than an hour outside Pohang and taking a bus to get to Gyeongju Intercity Bus Terminal, cost about 3,400 KRW.  So, in transportation costs, I paid less than $5 USD.  Where in America can you do that?  The thing about living in Korea is that you can get around for relatively low costs.  Granted, in Korea, I used what’s called a TMoney Card which can be purchased from convenient stores like 7/11 or CU or even GS25.  TMoney Cards can be used on buses, subways and even in taxis.  Money can be added to the card also.

You can get into Gyeongju World for 15,000 KRW if you just want to take in the attractions but not get on any rides.  However, if you want to access to all the rides, it’ll cost about 30,000 KRW.  Which, for me isn’t bad.    I noticed at least 3 roller coasters, although I only got on one and with the many other rides, it was well worth it.  Although California Beach is the “water park”, Gyeongju World also had two water rides, “Submarine Splash” and “The Grand Canyon”.  If you want to see a big splash, go for “Submarine Splash”.  It was fantastic!  “The Grand Canyon”, just a slow ride along a lazy river. 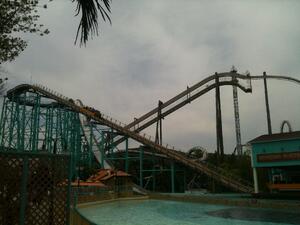 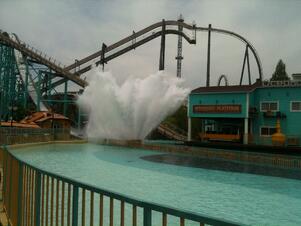 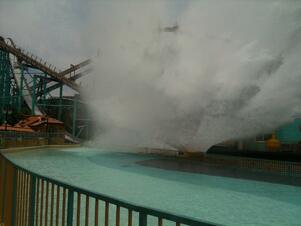 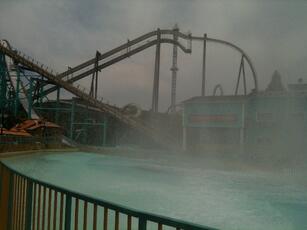 As for roller coasters, “PHAETON” was well worth the forty-five minute wait.  Although we had gotten to Gyeongju World early, by the time you walk around and get better acquainted with the place, it was a bit packed.  But as beautiful as it was on Saturday, I didn’t mind too much.  Besides, the entrance to walk through was a bit entertaining.  Blue and red lights, human (maybe not) bones on display, it was not boring.  Finally, we were strapped into the seats and when the floor beneath us lowered, I became frightened but in a good way.  It was quite a thrill; up, down, to the side, feet dangling in the air, upside down, rightside up and then it was over.  Just enough thrill for me. 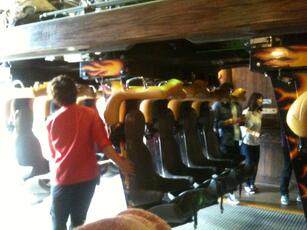 With Gyeongju so close to Pohang, it’s quickly becoming my favorite city in Korea.  With Bomin Lake, opportunities to tour the city by bicyle, moped or ATV, it's a great place for a day trip. I’m hoping to visit at least one more time before I leave Korea.  This time, California Beach.