Seoul held its 14th annual Korea Queer Cultural Festival in the college district of Hongdae this past weekend. Although not nearly as big as Los Angeles' or San Diego's festivals, the day was a burst of color and alternative rarely seen in Korea. My friends and I had a great time, but it was an experience of mixed emotions. I attended the fest to enjoy the temperate weather, have a good time with other English teaching friends, and to express my pride as a gay man. My first two intentions were met quite well. The third, however, was disheartened just a little by the size of the festival. 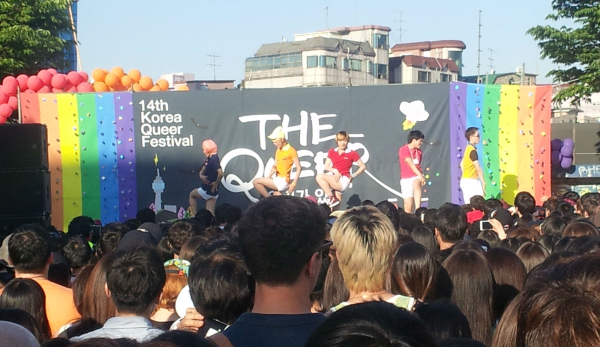 For being the second largest metropolis in the world, Seoul’s celebration of gay pride was unproportionally small. The parade was small enough to not warrant any street closures. The procession was flanked by police cars, but opposing traffic still ran parallel to the parade. Having seen LA’s Pride close down Santa Monica Boulevard, a major street running through Hollywood, and fill a fairground, Seoul’s festival was clearly a celebration for and by the relative few who are gay AND proud. Seoul’s population exceeds 20 million. LA’s doesn’t touch 4.

I commented on the lackluster size of the celebration to friends at the event. I was met with rebukes of “well yeah, Korea is conservative,” said as if I weren’t aware of the reason. I never once found the minuteness of the event surprising. “Korea is conservative” is a reason, not an excuse. Why Korea’s Pride was small may be understandable, but that does not make it acceptable. So yes, I was disappointed with the event. I wasn’t disappointed with the organizers or the closeted LGBT in Korea. On the contrary, I was there for them. I am disappointed in Korea and more so the people who accepted the size of the Queer Cultural Festival. It’s mildly ironic to attend a Pride and not feel a little disheartened for the lack of pride. However, while the size of the event was disheartening, it was also heartening.

Clearly, it’s not easy being gay and Korean in Korea. Were it, Seoul would have a Pride that would dwarf even San Francisco’s. Yet the Korea Queer Cultural Festival is moving onto it’s fifteenth year. There may have only been enough of a parade to fill half a street, but there were enough proud Koreans to fill half a street. It was exciting to see hundreds of out and proud LGBT Koreans. As i said, my dismay was only slight. The day was uplifting. Up to it, I had only met a few openly gay Koreans outside a LGBT community area. Now I’ve met hundreds.

Here are some more pictures from the event: 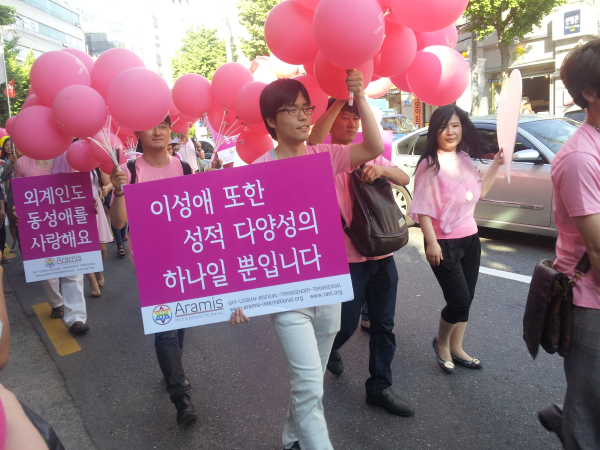 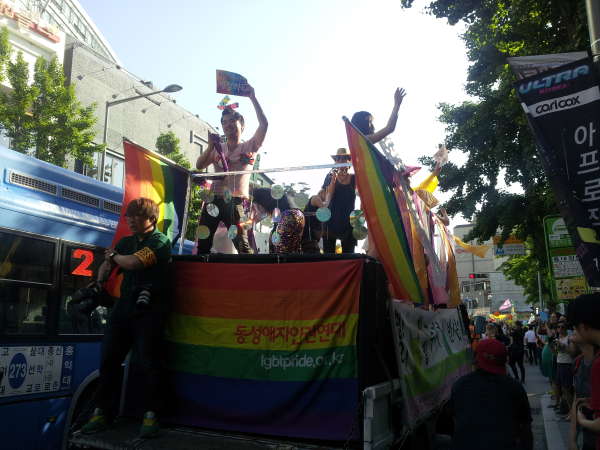 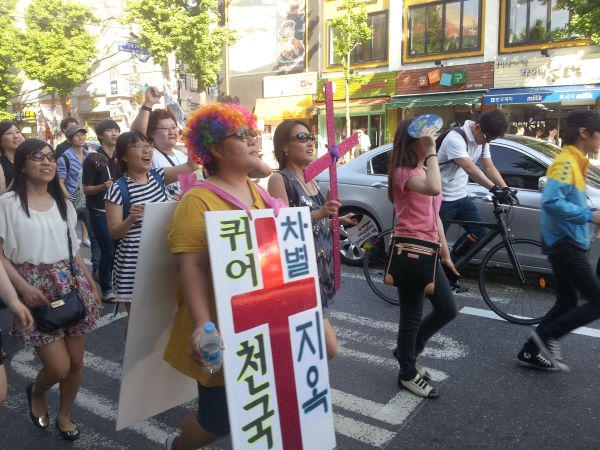 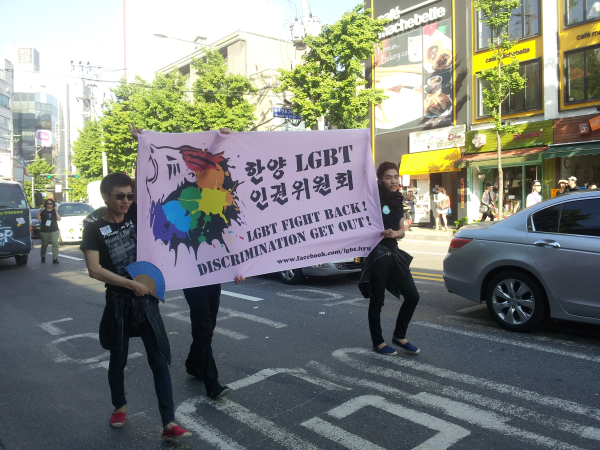 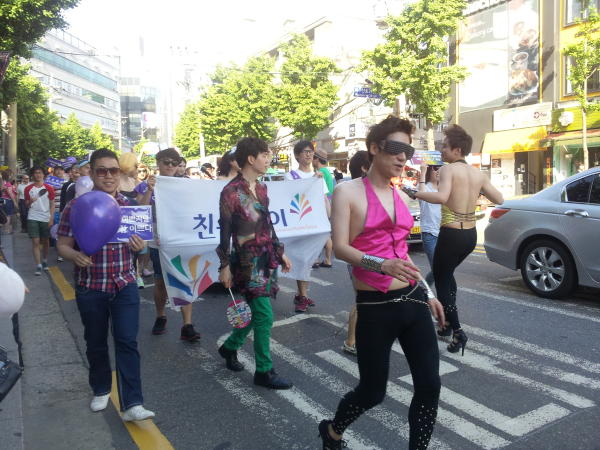 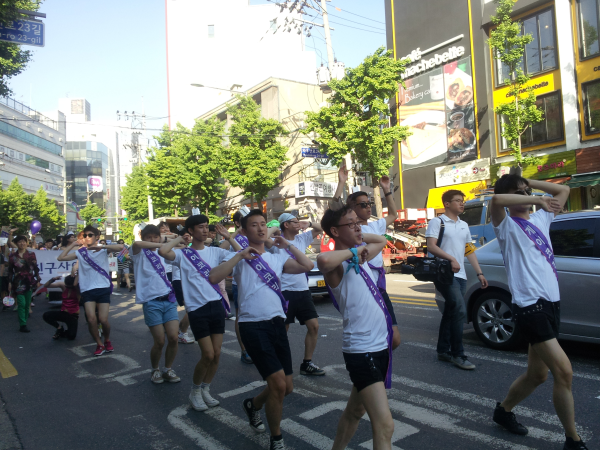 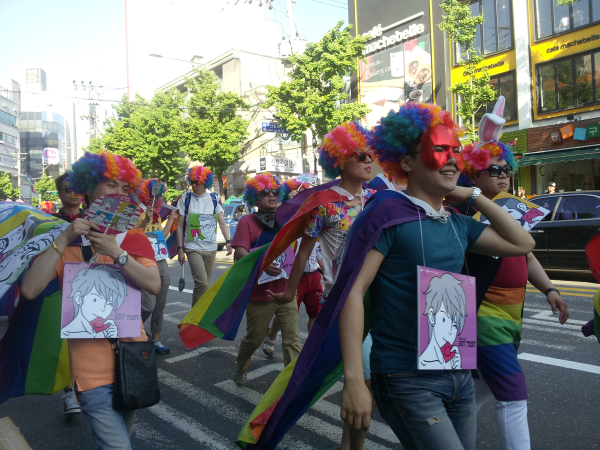 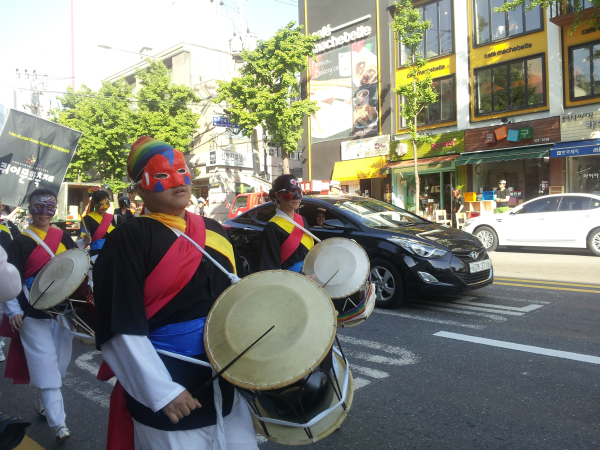