This past weekend, Osan hosted their monthly traditional market, so some fellow Chungdahm teachers and I went to check it out. Traditional markets are very common in Korea, and any length of time spent in this country needs to include a visit to a market. So what makes Osan's market so special that we traveled a couple hours to get there? Well, according to the great internet, it's been around for over 200 years. A mention of it exists in a publication from 1792 called Hwasong Kyolriji, proving it's been around for a very, very long time.

The entrance to the market down an alley.

Osan's huge market is set up next to a large street near Osan Station, and operates the 3rd through the 8th of every month. Countless vendors set up shop under tents and umbrellas, selling literally everything you could imagine. 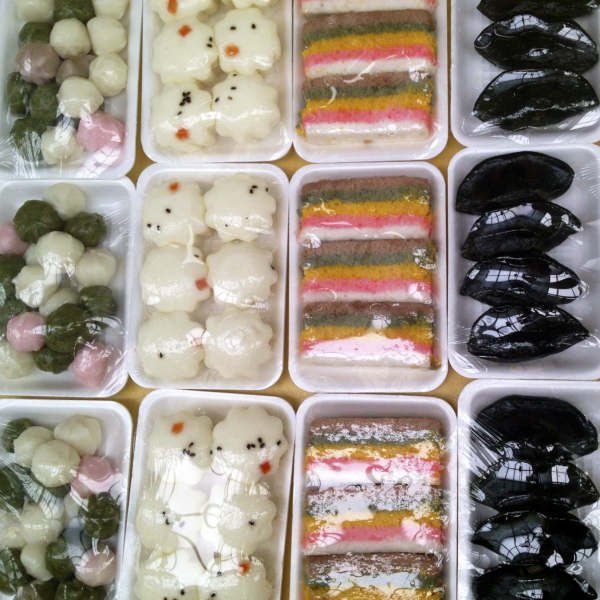 After wandering through the crowded maze in the alleyways, we came to the main building. Osan's market is primarily housed in this large open-air building, but on the bigger weekends, vendors and their wares spread out into every available open space inside and outside the building. You'll find actual storefronts inside the building, selling the same variety of products, as well as a number of restaurants.

It was in here that we found some more interesting items for sale... 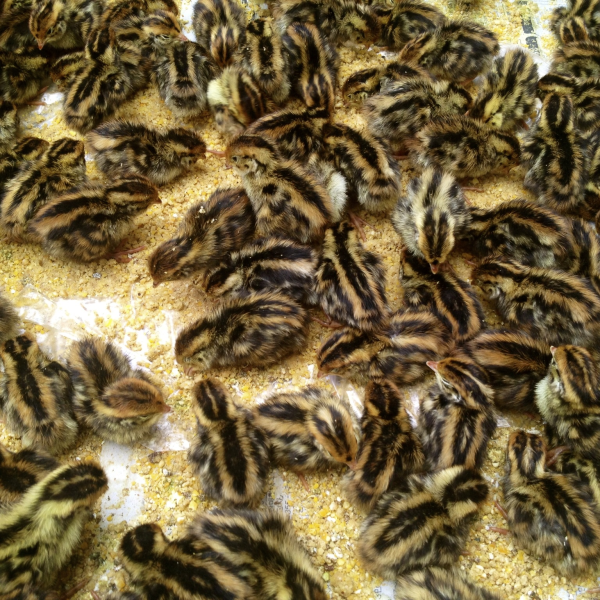 Okay, so this isn't really that unusual...

But... this is something new.

We asked what the little worms were for -- my guess was fishing? Turns out, these are silkworms. The little jar had samples of silk, so customers could see what they would get from raising some of these worms.

For me, the draw of these markets is always the fresh produce. As someone who frequents farmers markets back home, I love being able to support local farmers instead of big grocery superstores. Plus, the produce at the markets is typically cheaper and better quality than in the stores! The best apples I've found in Korea have always been from a local farmer selling them at a market. 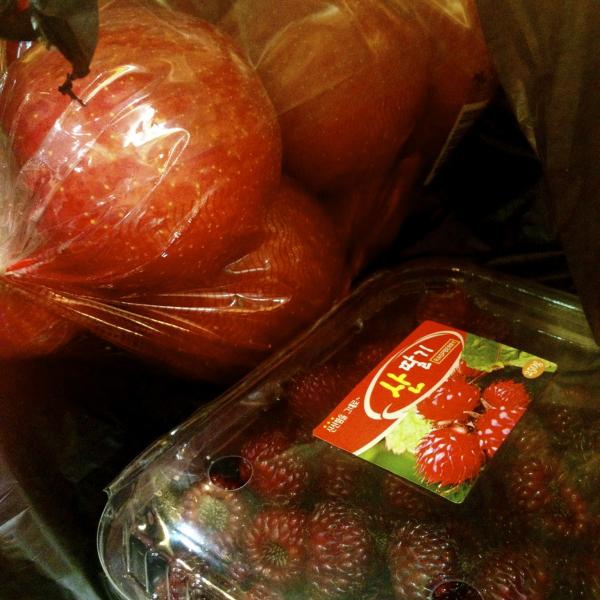 My purchases: apples and raspberries.

These markets, I've found, are also a great spot to hunt down some plants to decorate your new Korean apartment. A couple of my friends picked up little succulents to add some green life to their homes. 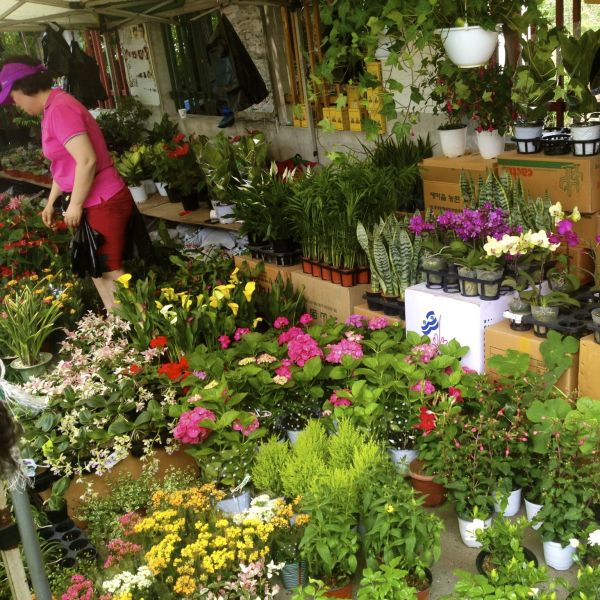 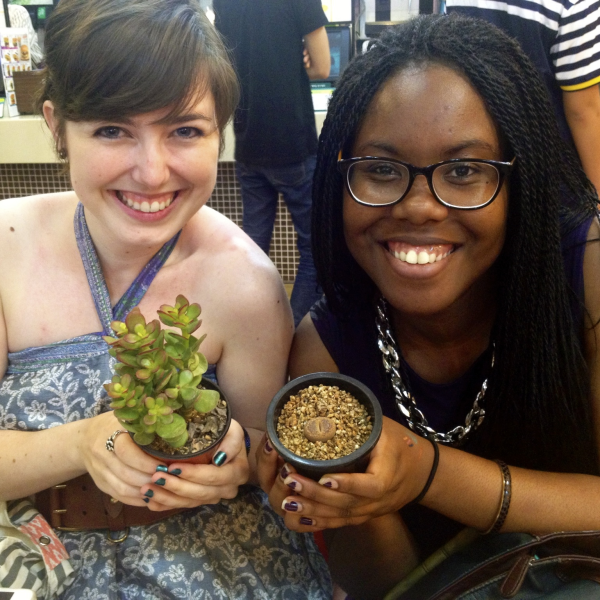 It didn't take long before the smells coming from the food tents were making our stomachs growl, so we set out in search of something to eat. While the street food was tempting, one friend mentioned a local brunch spot, which I immediately agreed with, feeling inspired by Ariel's recent post about brunching in Busan. Street food is delicious, but I needed brunch.

We stopped into a spot called Homestead Coffee and had what I would call respectable-although-not-entirely-authentic brunch. To explain, the "American Brunch" had an egg on top of the two pancakes, with a slice of cheese melted in the middle... Since that's how they decided it should be eaten, I gave it a go. It was fine, but just not the same. I need my syrupy pancakes. 'E' for effort, Homestead. We tried a couple of their sandwiches as well, which were unexpectedly spicy, but still good. Overall, it still hit the spot. 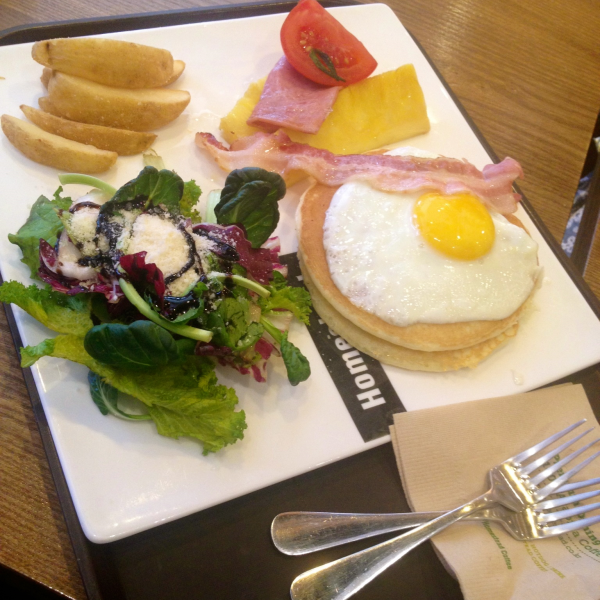 After our successful trek through the market and a tasty brunch, we wandered around a bit more, checking out the Engrish shirts we could find in different stores. One last stop was necessary, and that was for some dessert, in the form of hotteok. A traditional market is an ideal place to find delicious street food, and even though we did brunch, I was happy to make room for some street food dessert.

With our plants and fresh fruit in hand, we headed back to Incheon, completely worn out from the long day of walking around. If you're ever looking for a great traditional market experience or just in the mood to pick up some produce/cacti/silkworms, Osan is the place to go!

Have you been to any traditional markets in Korea? What experiences have you had? Leave a comment below!

Tags: american brunch in korea, Korea, south korea, what to do on the weekend, what to do in korea, markets, Market, market day, traditional market, osan, osan market, brunch, Weekend activities in Korea