I have been to open mic nights before during college, but these fears still plagued me as those nights were poorly attended and made me pity the performers. So, when I heard about the first couple open mics in Korea, I was hesitant. Isn't an open mic night just a sort of Korean karaoke? Like noraebang? I'd been to those and left with my ears bleeding. However, I was assured that kareoke and open mics were two very different things and that the bands I'd be watching were extremely welcoming and the music was high quality.

The first open mic I attended was "A Night of Jams" at Soul Trane, a bar in PNU, the university area. It was hosted by Violet Lea, a brilliant performer and Busan native with an angelic voice. She played some solo sets and also sang alongside other bands like Robscenity and the Hajimamas. It was an open stage format, so anyone could join, and the crowd swayed to everything from indie to rap to hip hop to punk rock played by Koreans and English teachers alike. The energy of the place was amazing, music filled every inch of Soul Trane. "A Night of Jams" is set to continue indefinitely, and is the second Friday of every month. 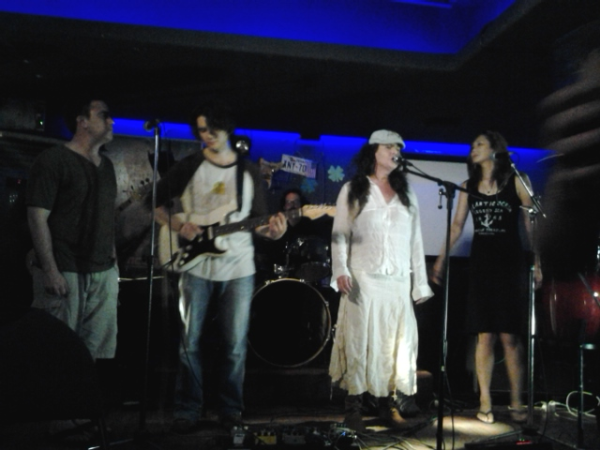 Ever since that night I've been booking open mic nights for practically everyday of my calendar! Every Tuesday night Basement, another bar in PNU hosts open mic. Basement is just that, a downstairs venue. It's pretty dark, but they've got some great strobe lights so it's perfect for dancing! They also have pool and nachos. Wednesday nights are dedicated to Ol'55's open mic in Kyungsung University area. The brick walls, wood floors, and blue lights highlight some of Busan's most talented musicians. Also there are billiards. Finally, Thursdays there is an open mic at Crossroads, also in PNU, with a happy hour menu featuring rum/gin/vodka mixers for roughly $3 from 7-10pm. Crossroads can boast that they have the longest running open mic so far, and the music quality is great. Plus they have a large window for people watching. All of these nights have no cover, darts, and the drinks and food are reasonably priced, unless it's happy hour, in which case the prices are fantastic!

There's also always a more hastily planned open mic night happening somewhere in Busan. Recently the coworker of a friend of mine set up an open mic night for his band, and along with some other last minute musicians, they opened for themselves, all performing solo acts. They decided to go for it when they saw a stage at a bar called Starface nearby and asked to play! It was a lot of fun, and a ton of coworkers, Korean and westerner alike, came out to support the band. I met a lot of other English teachers from other hagwons who are also music lovers. I think I'll definitely visit Starface again, even without the band. They had two pool tables and three dartboards! And it was just a short walk up a hill from my apartment. I'm not sure how I missed it before. Overall, the night life in Busan is fantastic. 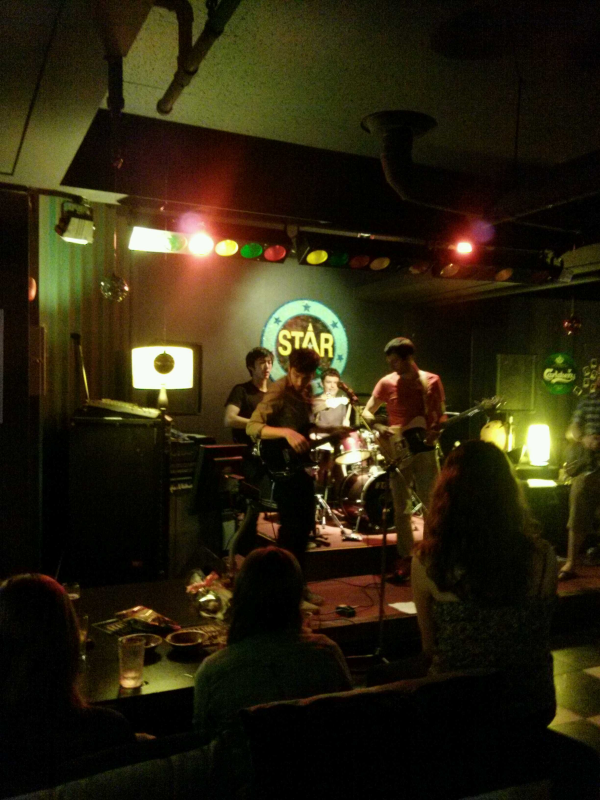 See you there at the next open mic!

After graduating from Emerson College with a BA in Writing, Literature, and Publishing, Ariel Rosen looked back on the semester she spent traveling around Europe and decided she must explore Asia. Her teaching job with ChungDahm April in Busan allows her to experience South Korea firsthand and with the bright enthusiasm of all the children she teaches. She is overjoyed to share a class with them and finds herself learning more from them and the bright beach city around her everyday.