An Irish perspective: Applying to Teach English in South Korea.

When I started University back in 2008, I knew that when I finished I would go traveling. I didn’t know where or how, but I knew I wanted leave Ireland for a few years to explore. So when I found an advertisement from Aclipse on my college website, whilst I was in my finial year, I knew that teaching English abroad would be a great way to do this. 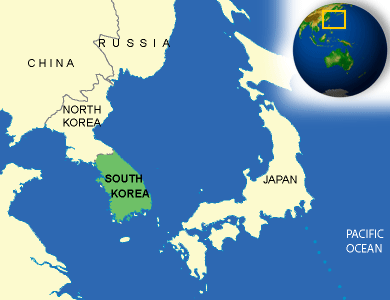 I clicked on the link and filled out my application form and thought nothing of it, until a few weeks later! While on Holiday in the Netherlands, I received an email asking to set up a Skype interview – suddenly this thought of mine was slowly becoming a reality; fast forward a year or so & I find myself teaching English in South Korea for Chungdahm Learning, Inc. This blog will explain the application process from start to finish, informing other Irish people what they need to know, when applying to teach English through Aclipse in South Korea. 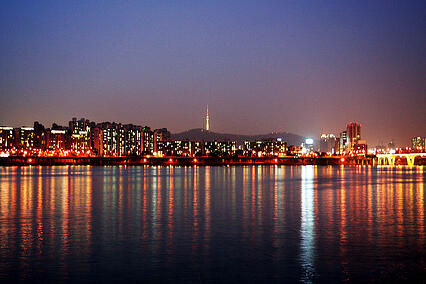 After filling out the initial application, (and taking the quiz – to see whether teaching English in Asia was for me) I emailed it off, along with my CV & a photo.  Around two weeks later I heard back from an Aclipse recruiter, who became my personal contact for the entire process – and they were most helpful. I scheduled a Skype call / interview for when I would be back in Ireland. Between returning home and waiting for my Skype interview, I was sent an information packet which contained information on the possible company I would be working for, as well as some practical tips for the interview – among this information packet were some BASIC grammar and comprehension exercises which I filled out & emailed back to my recruiter before my interview (This was so we could discuss them during the call).

Despite the fact I was nervous during its entirety, I received an email a few days later saying that the interview had gone well & that I was invited to the next stage of the application process which meant submitting the following; a personal introduction video, an essay, the Chungdahm Application form & an updated CV. I was also asked to email a copy of my current passport & college diploma/ degree (which I did not have yet, as I had not graduated, which was fine – I did, however, send a letter from my college saying I would be graduating that year, which was accepted) 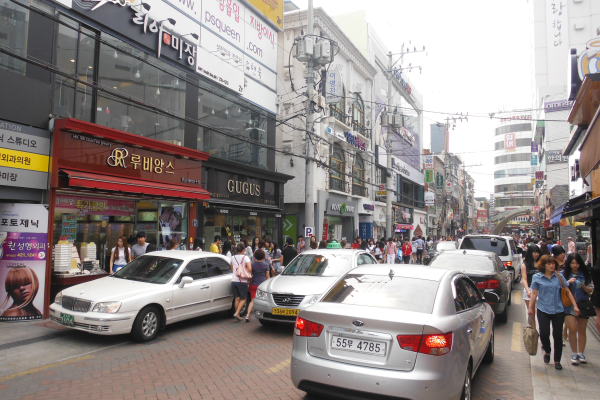 (Daegu, the City I Teach English & live in, South Korea)

A week or two had passed after I sent in the requested materials when I heard that Chungdahm Learning, Inc, Korea’s largest private English teaching company had offered me a position. At this stage, however, you still need to await placement. I did not request a particular location (If you like you can request a particular City, but I wanted to be flexible). Sometime later I had my official contract, which I signed, scanned and emailed to Aclipse.

I was thrilled – now the next step was working on getting the VISA materials together, which as an Irish person is relatively straight forward, and will take anywhere from a few weeks up to one Month!! That’s the good news. The bad news is that The Department of Foreign Affairs put their apostille service fee (document authentication) up from €20 per document to €40. Which means the Visa application, unfortunately will run into €160 upwards for your entire document authentication and will consist of the following: 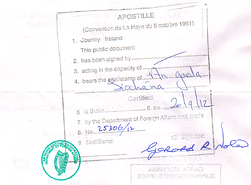 From start to finish the whole application process to placement can take anywhere from two to eight months, depending on when you want to go, what time of the year it is, whether you have your documents at hand etc. For me, as I was still in University when I applied, and given the fact that I didn’t want to leave Ireland until 2013, the process took just under one year.

When you get to Korea, you will be put up in a nice hotel in Seoul for one week. During this week you will partake in training, which will help you in your new role as an English Teacher. When you arrive at your new job / school they will help you open a Korean bank account, get a phone & apply for your ARC Card. Depending on your contract (see below) Your school will also organise OR help you organise an apartment.

I have been in Korea for just over two months now, and I love every moment of it. From teaching during the week, to the amazing weekends, and excitement of the upcoming trips I have planned, applying to teach English in South Korea has been one of the best decisions I have made to date!

Things You Need to Know as an Irish Person Teaching in Korea:

There are two contracts which you may be offered; one is hourly & the other is Salary / monthly Contract. Both have different benefits, however, both are good optioions.

Hourly: your tax deduction is 3% which is great, however if you are hourly then you need to get your own health insurance, and pay for your own accommodation, which is not hard as your school will help you with this. (Typical rent in Korea is around €300 per month). If you are Monthly you do not get holiday pay or a completion bonus at the end of your contract.

·       Monthly: your accommodation is included and you get put onto the national health insurance scheme (Like the HSE, only better). Tax is 7%, the pension contribution is 4.5% and while you are put onto the national health insurance scheme, you do need to contribute 2.2% of your salary (Your school will also contribute 2.2% on your behalf, so in a way they will pay half for you). Included is holiday pay (one week) and also a completion bonus (one month’s salary) when you finish your contract.

Because of an agreement between the South Korean & Irish Government, Irish citizens are not tax exempt and therefore cannot claim any tax or pension contributions back when they leave. However, if you work in Korea for 10 Years then you are entitled to a pension. In saying this the level of tax here, when you weigh up the cost of living is extremely low, much lower than that in Ireland – so you can still save a lot of money & have a great time over here.

One piece of advice when you come here, use Woori Bank. They have online banking in English and so far, offer the best rates from Korean Won to Euro when exchanging money, they also have a smartphone app which makes it very simple to send money home (You can even use your phone as a debit card if you like). Also Pay-as-you-go  phones are not commen in Korea, and odds are your Irish phone will not work here. You can get a good phone here in Korea on contract for as little as €10 per month (depending on contract). I bought a Samsung Galaxy SIII here for €270 euro and my contract at present is around €23 for texts, internet & phone calls and will go down to around €9 next month as I dont make too many phone calls - everyone uses an app called Kakao here (it's like whatsapp or viber). Or, a simple phone solution is using The Arrival Store.

What was your experience with the application process from your country? Leave your comments here!