Just How Safe is Life in South Korea?

When you're facing moving to the other side of the world, having tons of questions and concerns is only natural. Your Aclipse recruiter will be able to answer the obvious questions -- pay, hours, living arrangements, et cetera. But even with those answers, you'll have more questions. One of my biggest questions was about safety. Do I need to worry about thieves? What about North Korea? What about my safety as a woman walking down the sidewalk alone and late at night? Here's the low-down on what to expect.

As is evident from photos of life in Korea, it's a wee bit crowded. In quite a few areas of the world, that's an immediate red flag. You begin planning how you can carry money discreetly, you worry about walking around with a nice DSLR camera hanging around your neck... These are valid concerns.

However, in Korea, you don't need to worry about this. At all. 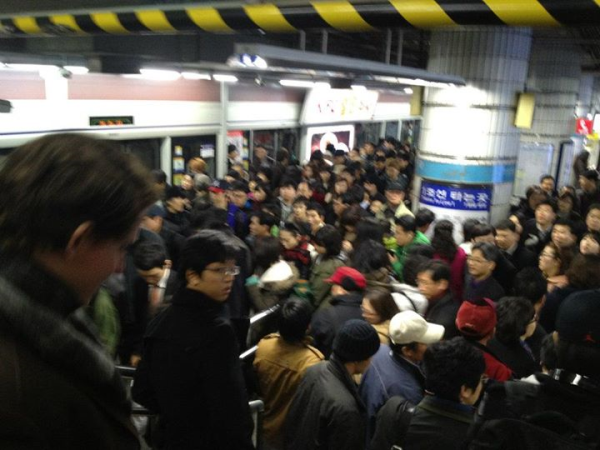 Welcome to the Seoul Metro system on the weekends.

Jostling through a crowded subway car? Don't worry about someone swiping you wallet or phone, just think about how you can hold your belongings closer so as not to bump into too many people. Flashing your fancy camera around? Don't worry -- everyone else is too. (Seriously, it seems like every other person is an amateur photographer with a super nice camera.)

I know quite a few people who have lost purses, backpacks, and phones in anywhere from a bar to a cab to a bus, all of which made their way back to them again. I mean, my boyfriend left his backpack on a city bus, it circled its entire route and came back to where we got off over an hour later -- and the backpack was still there, including its valuable contents: his passport and his hard drive. Completely untouched.

According to Western media, North Korea is constantly on the verge of losing their minds and attempting to blow up the entire world. I mean, technically, the two Koreas are still at war, with 1953's "resolution" simply being a cease-fire agreement. But life here gives no indication that it's essentially a warzone, with the exception of a conspicuous military presence, both Korean and American. 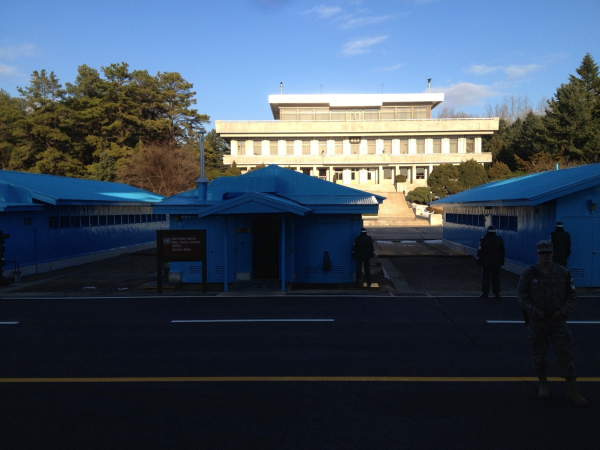 During the most recent "scare" this past spring, I was actually back in the States on vacation, and it was truly interesting to watch Western media's take on the whole drama. On the news, it looked like North Korea had its finger on the trigger, ready and waiting for the right opportunity to strike. Feeling slightly concerned, and being barraged with questions of "Are you seriously going to go back to Korea," I checked in with my boyfriend and friends back in Incheon. Everything was fine. The Koreans weren't even remotely concerned, placing no stock in the empty threats from the North.

For South Korea, hearing the North make empty threats is just another day. It doesn't happen regularly, but the drama of the North's hermit regime has been such a constant for the past sixty years, so the citizens here don't give it a second thought. My students and I have dicussed this at length, and the reaction is always the same: a shrug and an eyeroll, as if to say, "Oh, psh, silly North Korea."

Plus, the bottom line is: If the North actually attempts to do anything, the greater military powers of this world will ensure that attempt is the end of North Korea -- which is the last thing the North Korean government actually wants. Between the ominous threat of the U.S. and the North's own sense of self-preservation, nothing is going to happen, and living in the South is as safe as can be.

Back home in Oklahoma and Texas, walking down a dark side street to my car late at night would put me on edge. Living in Korea, I've been pleased with how safe I feel when I'm walking alone at night. It's been very rare that I've actually felt the need to keep my guard up and really watch my surroundings.

Largely, you're going to see plenty of other people out late walking around (many of them will be students, on their way home from studying), and they aren't going to have any more interest in you than you do in them. I have friends (who are ladies) who like to go on late night walks after eating dinner, and they've never felt like they were in an unsafe situation. 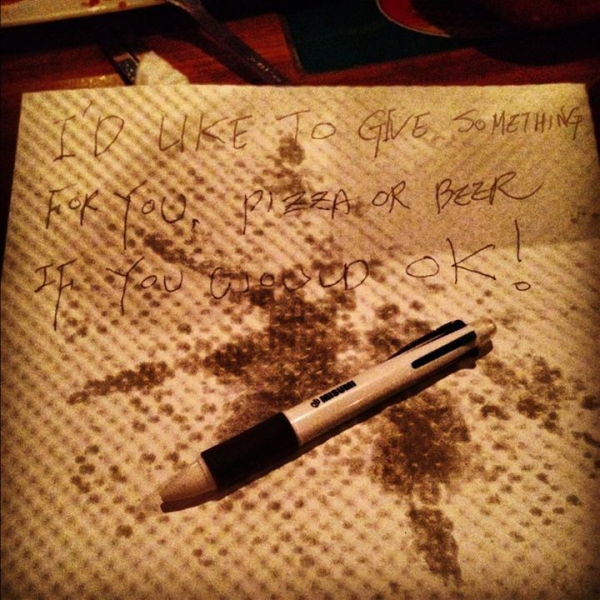 For the most part, the come-ons I've gotten from men have been very polite, like this greasy pizza box paper, delivered by a waiter from a drunk group of Korean men.

Obviously, use your common sense and judgment. Some dark alleys should still be avoided. You're still going to be leered at by drunken businessmen, and some men might even attempt to catcall you with a "Hello! Beautiful!" But not once have any of these men actually been aggressive -- at least not to me. It would be absurd to rule out the possibility of this happening, but it definitely isn't as bad as home. I've felt safe and generally completely ignored, which is exactly how a late night stroll should feel.

From talking with friends and discussing safety in Korea, there was overwhelming agreement that this country, considering how jam-packed it is with people, is amazingly safe and calm. We never worry for our safety while living here, which is not something most of us can say of our home countries. So don't let yourself be concerned! Safety is not worth stressing over -- instead let yourself get worked up over some of the legitimate concerns: how to fill your free time with the maximum amount of exploring and street food eating.

Do you have any additional feedback about safety in Korea? Anything to add? Anthing I've forgotten? Leave it in the comments below!