Korean Cinema: Experiencing the Big Screen as an English Teacher

When I was looking into teaching English in Korea for a year, I knew that I would be spoiled for choice when it came to things to do during my free time. However, I am surprised that one of the most enjoyable things I do here in Korea, is going to the Cinema mid-week, after work (Usually on a Wednesday). Some of my co-workers and I will hop on the subway, which is just outside our school, and head downtown to one of Daegus, many, many cinemas! The fact that Korean cinemas stay open really late means that we can finish work, grab some food & then watch a movie. 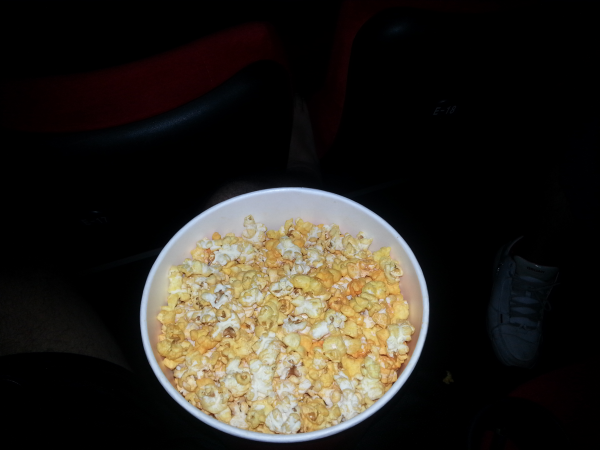 What makes Korean cinemas even more appealing than those in America or Europe is price; Korean cinemas are so cheap - with a new release movie costing less than €4.70 or $6. Even better there is an abundance of Cinema coupons here. No matter where you are, whether you’re grabbing a coffee or doing some grocery shopping they seem to be everywhere – the coupon below is 2 for 1 & ₩2,000 off a food/drink combo. 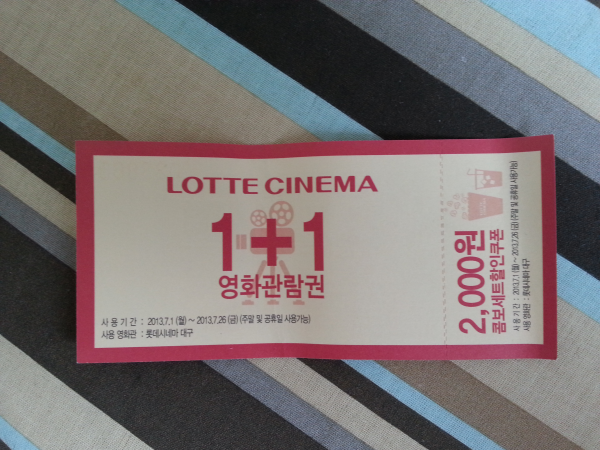 (This coupon is for Lotte Cinema, which is one of the bigger cinemas in Korea)

Another great advantage Korean cinemas offer is comfort. Not only is the layout  great, but the chairs are almost like recliners, and what makes it even more great is the availability of footrests, YES, footrests! How awsome is that? 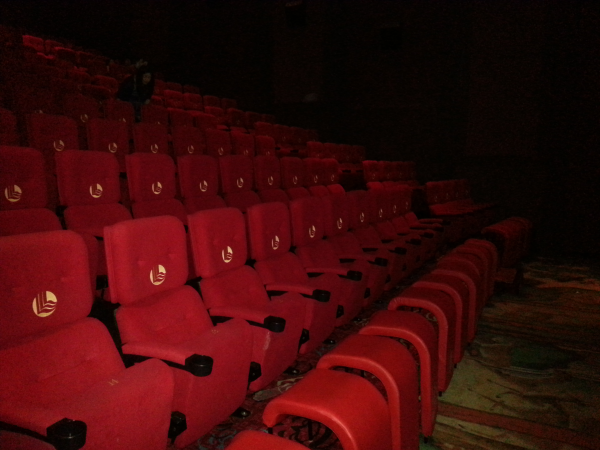 (Those red things in front are footrests.)

The advantages do not stop there, however, earlier releases, air conditioning, and the fact that Korean cinemas are so clean means going to the cinema is really a good option when teaching English abroad. In the two and a half months I have been in Korea, I have been to the cinema on an almost weekly basis. 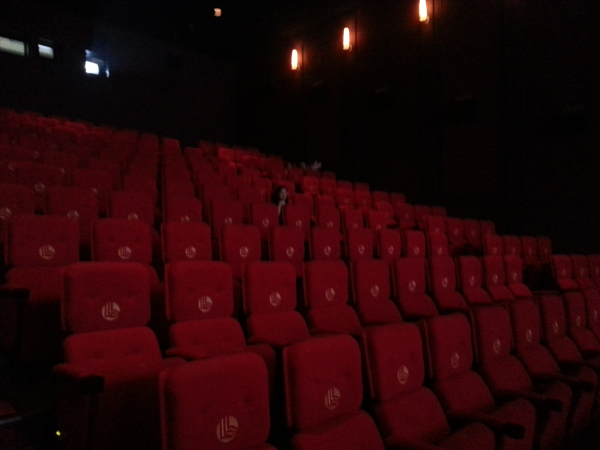 (Layout of my local cinema, or one of them atleast.. there are so many here)

Some of the movies I have seen include: Olympus has fallen, White House Down, Superman – Man of Steel, World War Z, Jurassic Park (3D), Tonto, Red 2 & Wolverine (And yes, they were all in English).  A couple of these movies were screened in Korea earlier than in America or Europe. Which meant I had to keep updates off Twitter & Facebook as my friends back home had not seen them yet.

A great resource here in Korea is Cineinkorea. It's a website which lets you check latest screenings, movie listings, price & time guide, as well as mapping out your nearest cinema. My friends and I use it all the time here in Korea, and find it very useful. 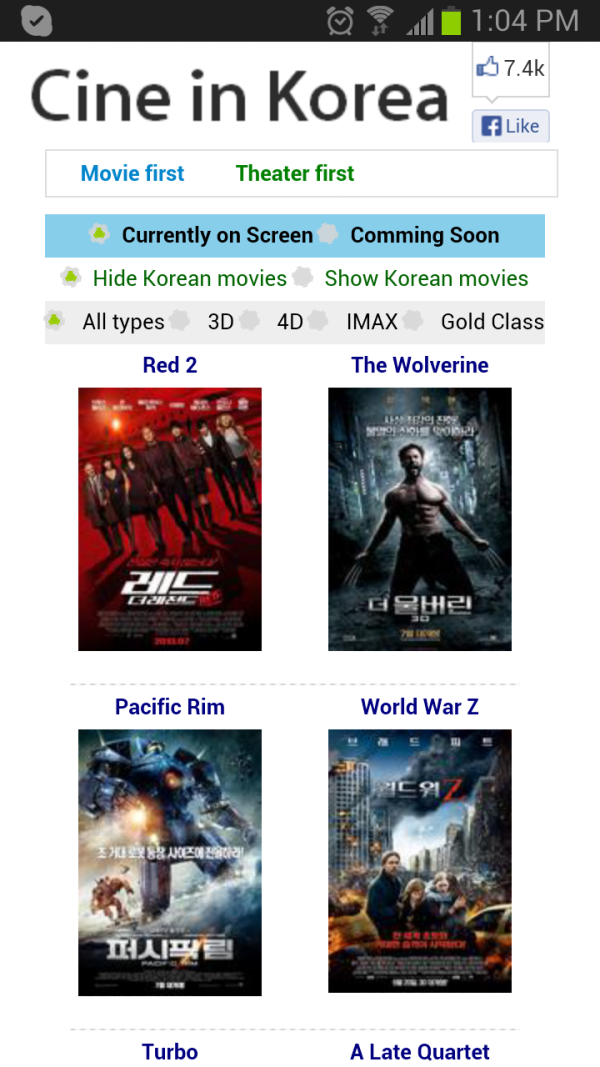 To recap, the benefits of going to the Cinema in korea are:

Tags: teaching in Korea, a year in Korea, English teacher in Korea, things to do, entertainment in Korea, movies in Korea