How To: Find a Great American Breakfast in Korea!

Despite the fact that teaching in South Korea offers invaluable experiences, teaching abroad also means leaving a lot behind. And you often don’t know what you’ll really miss until you actually find yourself craving it. Just the other day, on a bus bound for Seoul, I found myself nostalgic for the 91 freeway that runs through my childhood neighborhood. I hated that thing for being jam-packed and noisy, but it was home. I had a similar experience today. I wasn’t surprised by this one, however. BREAKFAST! American breakfast. And a darn good one, too. 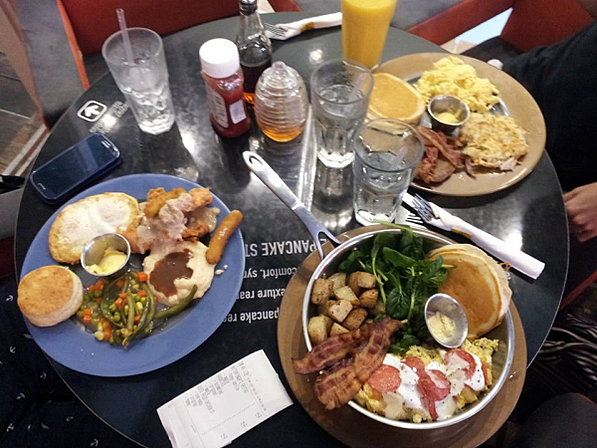 If you decide to teach for Chungdahm Learning, you’ll most likely be placed in the Coatel Hotel in Gangnam for training in your first week. I’ve got good news for you. Just a couple blocks away is a cool little restaurant that serves one of the best American style breakfasts you’ll find in all of South Korea (and probably North Korea too, but who knows.) I’ve heard about Butterfinger Pancakes more times than I can count. Different friends would rave, and I each time I would promise myself I’d visit soon. Well, after a year, I finally made it to the storied ButterFinger Pancakes earlier this week. Although it didn’t live up to my unreasonably high expectations, it was a still a pretty tasty reminder of home. 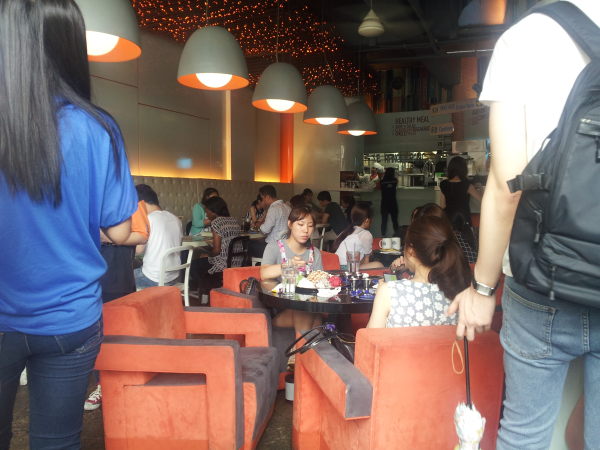 As I said before, I'd heard about ButterFingers from about 100 people since arriving in Korea. When my friends and I showed up to the place at about 1:30 on a Saturday, I feel like all those 100 people also decided to get some pancakes at the same time. We waited for 40 minutes in a waiting area the size of my thumb. But it was well worth it. 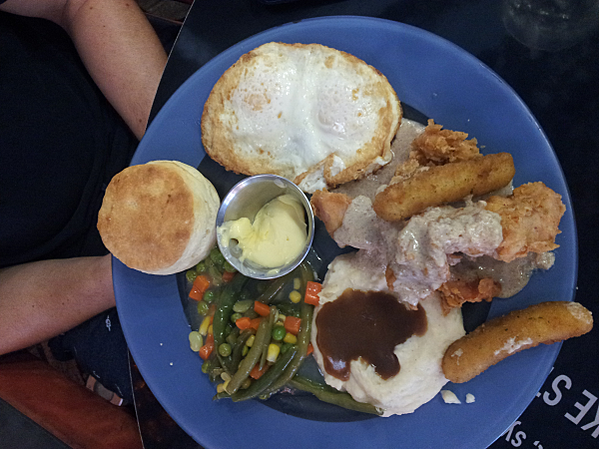 My friend Steve ordered a hearty (what I assume to be because he is from Texas) Southern breakfast complete with chicken tenders, mozzarella sticks, biscuit and gravy. Aside from the egg tasting "funny," the plate was clean shortly after this picture was taken. 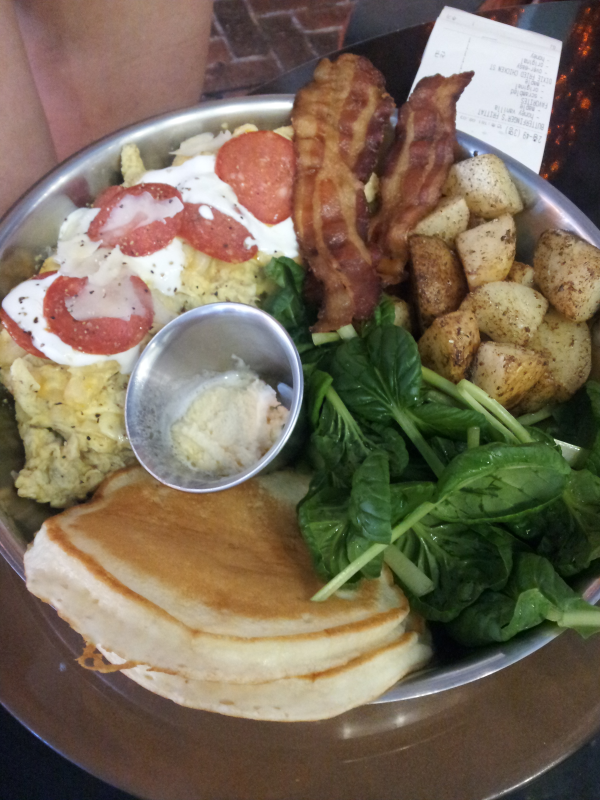 Cherry, my fierce stripper friend from St. Louis, ordered  a strange concoction. With bacon, potatoes, "vitamins," and pancakes on the side, she got an omelette filled with macaroni, peperroni, a couple different cheeses, and various spices. It was quite tasty, if a little over the top. 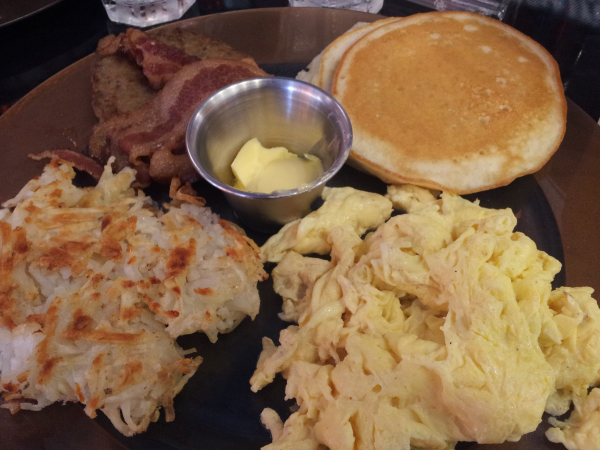 Now I'm from the REAL America, the heartland, the origin of the free! I'm from Orange County, Southern California. I don't mess around with breakfast. I ordered the "Butterfinger Favorite." Eggs, hashbrowns, bacon, sausage patty, and pancakes. The hashbrowns were a little cold. I think they bought the sausage patty from McDonalds and set it out to dry in the sun for a few hours. But the eggs were good, and the pancakes were excellent. Should I go back, I'll order one of the more interesting platters like Steve or Cherry. 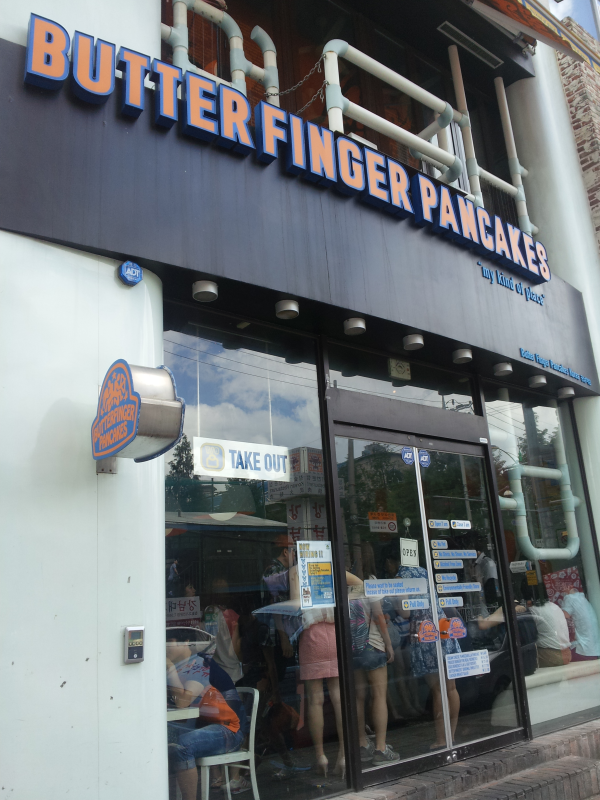 I'm glad I finally made it to Butterfinger Pancakes, really. It wasn't what I was expecting, but a good American breakfast place is hard to find. I highly recommend checking this place out in your first week. If you sign a contract with a Chungdahm school, your hotel will be just a 5 minute walk from Butterfingers.

To get there, go down into the Gangnam subway station shopping mall. Find your way to exit 10. Walk straight until the first street corner. Turn left. Just a couple blocks down on your left side will be Butterfinger Pancakes. It's tasty! Good luck!