We got a hostel in the Northeast corner of the city, across the large river that runs through the edge of the city. Tokyo is the largest city in the world in many respects, but public transportation is pretty decent. Although we were in the corner, we were still able to easily access the city's attractions within a short travel time. There were also attractions within walking distance of our room. Pictured above is the SkyTree, one of the world's tallest structures. The tower is hollow, so when a typhoon blew through on one of our last nights, I saw a cyclone swirling inside the trunk of the tower. And the thing SWAYED like no building should. 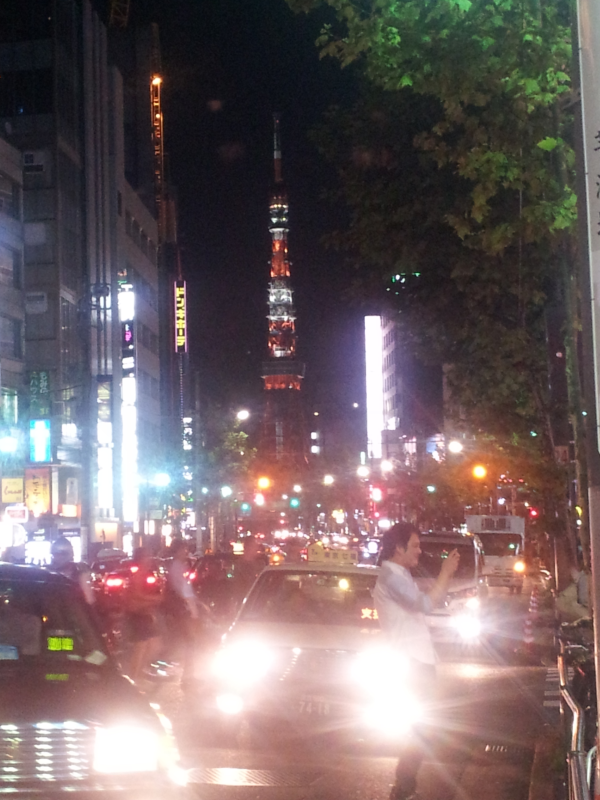 For a moment I thought I was in France, but what I mistook for the Eiffel tower was actually the Tokyo Tower. I didn’t get a chance to see it up close, but the thing is pretty large. We were able to see it from many vantages in the Ginza district. Ginza is one of Tokyo’s fancy-schmancy shopping districts. At night, the complex lines of the tall buildings’ architecture are beautifully lit up by the district's dynamic lighting. It’s a neat district with some cool toy, gizmo, and clothing shops.

Shibuya crossing is one of the world’s busiest intersections. When I was there on a weekend morning, traffic would be stopped every 4 minutes or so and out of nowhere hundreds of people would start flooding the intersection. It was fun to navigate the mess.In the center of the photo is a building that houses one of the world’s busiest Starbucks. On the topmost level of the same building, there is a really neat comic book store. Tokyo is definitely an interesting cultural experience. 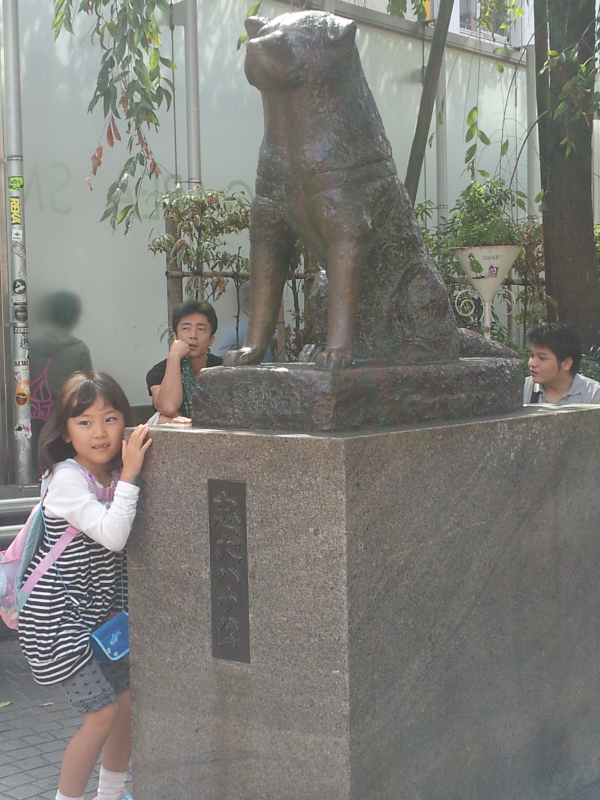 Meet Hachiko. Right near Shibuya Crossing is the monument to this most loyal of dogs. Legend has it that this dog would travel every day with his master to the train station that was once at Shibuya. The dog would wait at the station until his master returned, then they would go home together. One day. his master didn’t return. Hachiko returned to that station everyday for 12 years, until his death. 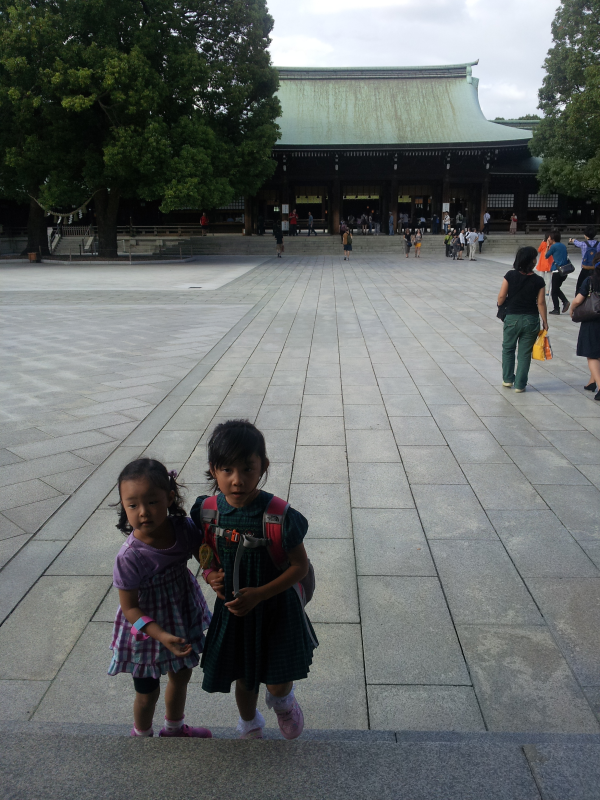 Later in the day, we walked from Shibuya up to Yoyogi park. Tokyo has several large parks. Yoyogi is home to the Meiji Shrine. It’s a large complex with towering trees and large open courtyards. Here is one. In the corner you can see a large tree with prayer papers attached. 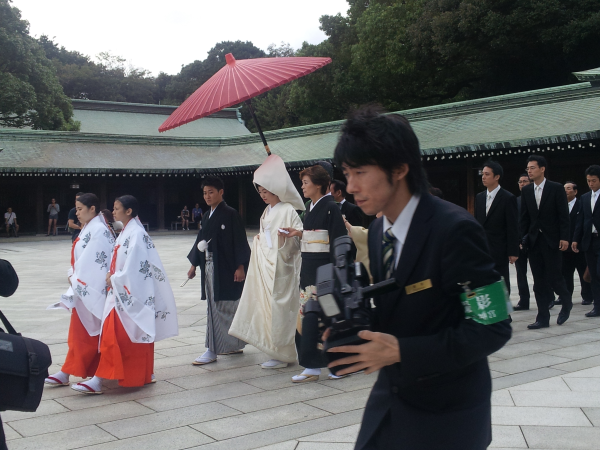 This procession wound through most of the temple before settling in another courtyard. Ironically, this Japanese woman was marrying an Australian man. The ceremony was beautifully quiet. 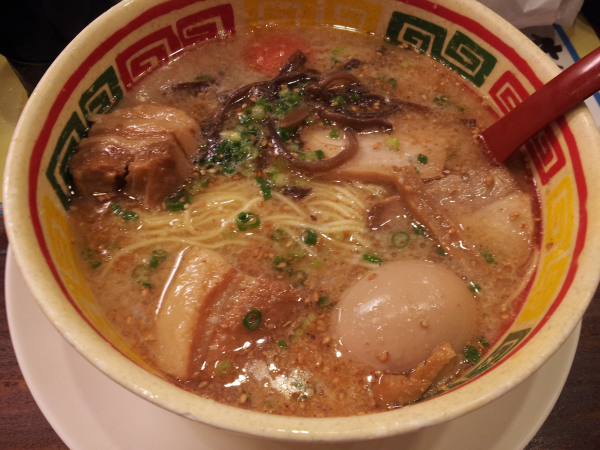 Behold! The Holy Grail of ramen! This is found at a little and very crowded ramen house in one of Tokyo’s more eclectic districts, Harajuku. It was delicious! When I return to Tokyo (the place was too amazing not to visit again,) I will return to this ramen house.

Harajuku is a lively shopping district for hipsters, cosplayers, and other alternative characters across the world. I loved it. The place is especially known for its Lolita Girls. They dress-up in elaborate Victorian or Spanish dresses, lay on thick makeup, and wind their hair in all sorts of intense designs. They are a lot of fun to see. 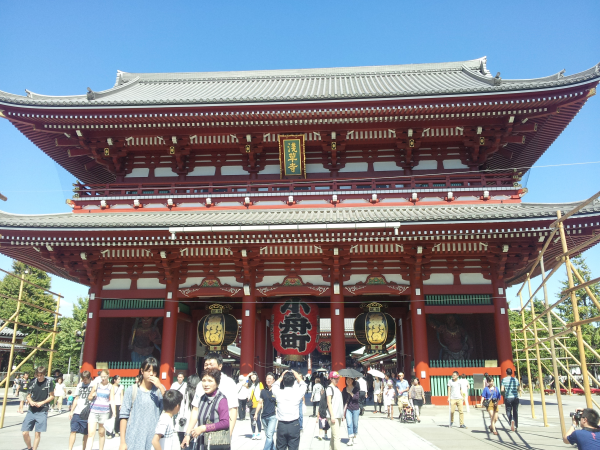 In one corner of the street, we got excited because we saw a little second-hand store. We went in to find a set of stairs going down. Beneath street level was a massive second hand store. They had everything from a long rack of old boy scout uniforms, to a wall of sports jerseys, to a real mechanic’s jumper that once belonged to “Joe.” My friend wore it as a Halloween costume a few weeks later. The best part of Tokyo was all the little surprises it promised at every corner. 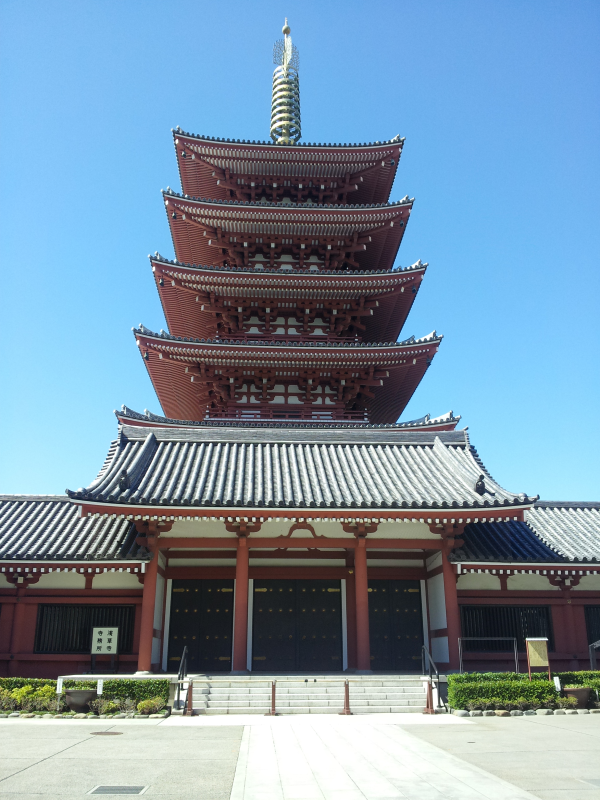 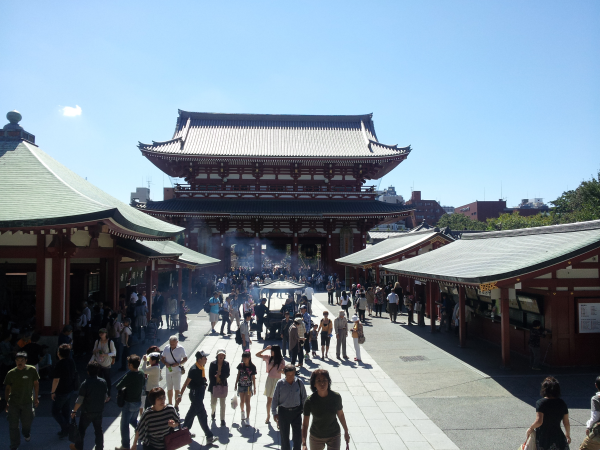 This was one of my favorite attractions in Tokyo. The temple was amazing. It had giant lanterns, giant Buddhas, giant ceiling paintings, and one of the largest pagodas in Japan. And I just stumbled upon the place when walking from my hostel to the Subway station. Senso-ji Temple is definitely a must visit if you make it to Tokyo. Right outside the temple is a long street packed with little touristy souvenir shops. We ended up spending too much time here and not making it to the Museum of Science and Innovation. Oh well, we got to it the next day. (But it was closed...)

The first half of the trip in Tokyo was amazing. We saw a lot of beautiful and unexpected sights. But the next two days promised to be even better. Look for part 2 of my trip to Tokyo. It’s complete with second-hand bookstore district, best air-hockey table ever, samurai gardens, and mini-me! 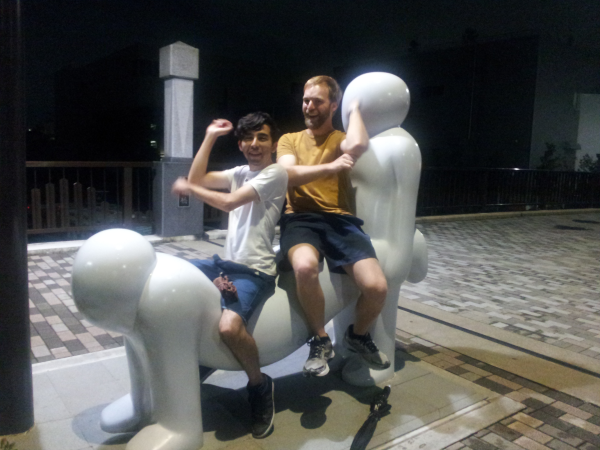