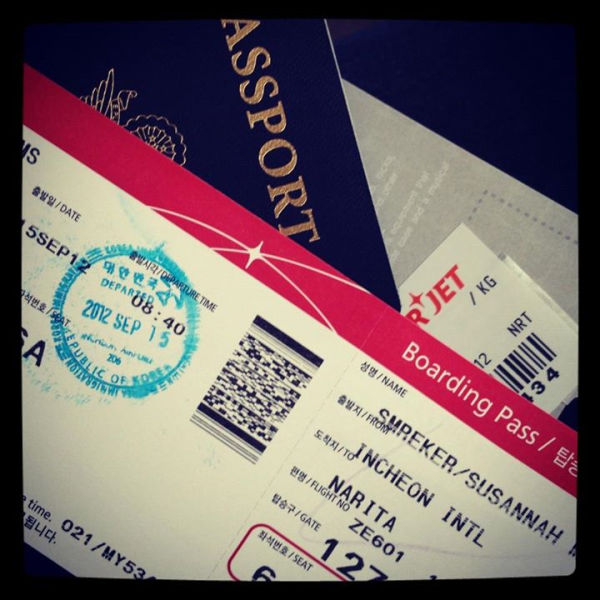 First, let's look at the traveling you can do within Korea itself. While a weekend trip to another country is definitely possible (and easy!), more often than not, you'll be sticking to domestic destinations. [In addition to this info, there's an excellent Aclipse entry here that has more in depth coverage of some of these modes of transportation.] 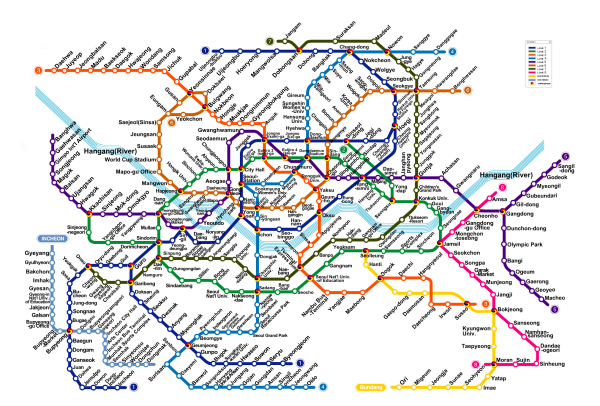 I promise, it's much easier to navigate than it looks...

Subway - Taking the subway is often the easiest way to get around, but it's somewhat limited in that it only serves its respective metropolitan area. The Seoul Metro system, for example, is amazing -- so efficient, cheap, and sprawling. With the number of attractions within the greater Seoul area, you'll definitely want to take advantage of this cheap means of travel. But if you need to travel farther away, you'll have to utilize some other methods of transport.

KTX/ITX - One step up from the subway are the high-speed trains. These require you to actually purchase a ticket for your particular destination, but really help reduce overall travel time and eliminate the possibility of being stuck in traffic. The trade-off, of course, is the price: a Korea Train Express, or KTX, ticket all the way down to Busan from Seoul is significantly more expensive than a bus ticket. In addition to the KTX is the Intercity Train Express, or ITX, which travels between Seoul and Chuncheon Station. [Note: see this post about Nami Island for a really great excuse to take the ITX for a weekend trip to Chuncheon!]

For more information: Korail's website with KTX time tables and ticket info/prices, as well as this site with some timeframes for the KTX and this one for the ITX.

Buses - Most metropolitan areas will have a central bus terminal, and from there, you'll be able to purchase tickets for farther distances than what you would travel on a regular old city bus. The local terminal here in Incheon has ticketing machines in addition to a ticket box, so picking up a ticket is relatively easy. Also, look into overnight buses -- you'll be traveling/arriving late, but it's an ideal way to make the most of your weekend time, especially since you'll likely be working until 10pm on Friday nights.

For more information: Kobus has a good website that focuses on the express bus system, including schedules, time tables, and booking.

Car rentals - Renting a car in Korea is possible for us foreigners, and as I've been researching getting my Korean drivers license, here's what I've learned. Short-term residents can drive in Korea with an International Drivers License, but long-term residents should exchange their existing license from their home country for a Korean license. (Don't worry, you get it back when you leave the country.) For proof of long-term residence, you'll need to show your Alien Registration Card, or ARC. Depending on where your license is from, you'll be able to skip most (or all!) of the tests.

Why rent a car? In my opinion, it's fantastically easy to get around Korea without a car. However, there are a handful of destinations on my Korea Bucket List that would be better visited with the freedom of a car simply because they're in more remote area. A taxi could drive me there, yes, but it would be much more convenient to have a rental car. Besides, who doesn't like roadtrips?!

For more information: Seoul Metropolitan Government's site outlines both types of licenses, as well as a little info on care rentals. This website also has helpful info.

Flying - If Jeju is your destination, you might want to fly. From the Seoul area, the flight is quick (about an hour) and can be very, very cheap! A couple discount airlines are: EAStar Jet and Jeju Air. 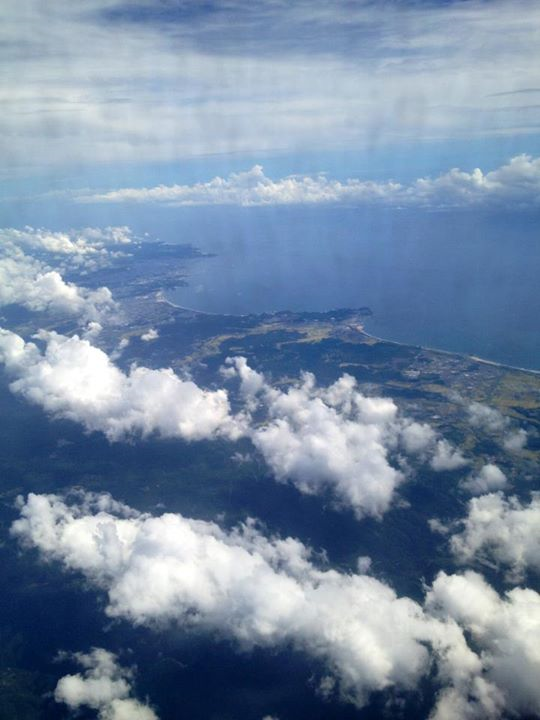 2. Travel to other countries

You'll get a week of vacation time as a teacher for Chungdahm, as well as some long holiday weekends, which are all perfect for planning a trip to another country that's conveniently nearby. The first thing you'll be looking into is most likely going to be airfare. (You can, for the record, take a ferry to Japan from Korea's southeastern ports, but I'm going to focus on flying.) While the usual travel sites are handy, I've discovered that local, Asian airlines are much, much cheaper. Here's a rundown of the airlines I've either used or bookmarked for future trips:

Sometimes, staying in a fancy schmancy hotel while traveling is wonderful. You're on vacation, you've got the money, so why not treat yourself? But sometimes, you don't care how luxurious your accommodations will be because all you really need is a place to crash each night before another day of exploring. Whatever your preference, check out these links for information that run the full gamut of accommodations in this corner of the world:

Of course, this blog itself is another great resource, with tons of entries from years of English teachers, blogging about their various vacations spots like: Jeju, Japan, Thailand, Bali, Hong Kong, the Philippines, Vietnam, and Taiwan. I've always loved to travel, and now that my travel options have exponentially multiplied, I have to say it's one of the amazing benefits of living in Korea.

That, I believe, concludes my attempt to give you all the links. Even with my exhaustive searching, I'm certain I've missed some information, so please, please leave it in the comments below! Lets compile all the resources we can! After all, a five day break for Chuseok is coming up next month...

Do you have any links worth adding? Any feedback on the services/airlines/travel destinations mentioned above? Leave a comment below to add your information to this post!