When I first came to Korea to Teach English, I knew that I would have many opportunities to travel around this amazing country, and beyond. There were so many things on my to-do-list, that I could hardly contain my excitement when I landed at ICN airport. I had never been to South Korea before, but having looked into this amazing place, I really got excited at the possibility of travelling around. 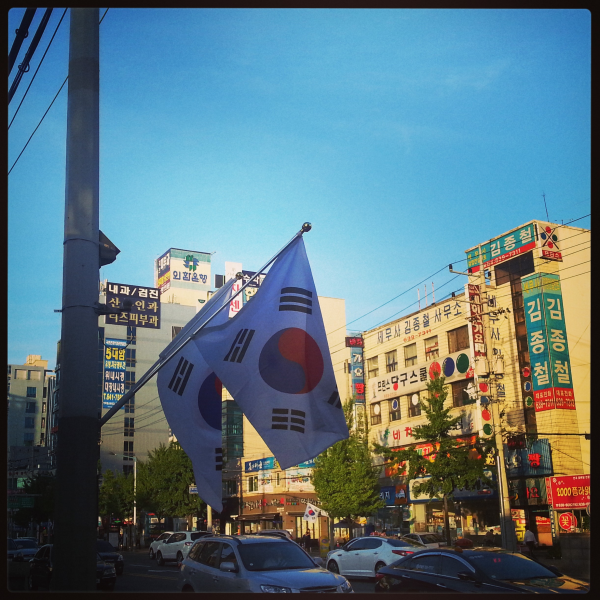 From going to Jeju Island (The Hawaii of Asia), to city breaks in Busan, Seoul and more... the list of places to visit is endless in this country. The fact that South Koreas proximity to China, Japan, Singapore, Thailand, Guam and many other places, is not a million miles away, Makes South Korea a very desirable place to teach English & do some exploring.

I have been in Korea around three months now, and have started looking into planning my first weekend trip away (off the mainland). I will be going to Jeju Island. Jeju is considered by many the Hawaii of Asia, and from looking online at this breath taking island, it is not hard to see why. From its amazing beaches, to the caving and its picturesque cinerary, the possibility of going to Jeju is getting very exciting. What makes this more so, it that fact that I can get a return flight from Daegu Airport, with Korean Air for as little as $70 / €52. Jeju is a popular choice for many foreigners here in Korea. Once you get to Jeju you are spoiled for choice. There are many, many things you can do there. From caving, to lounging on the beach, to visiting the grandfather stones, to horse riding, to hiking around the island, Jeju really caters to everyone. Accommodation on Jeju, from what I’ve seen ranges from the 5 star hotel resorts, right down to the backpacker friendly hostels – so you are sure to find something within your budget. 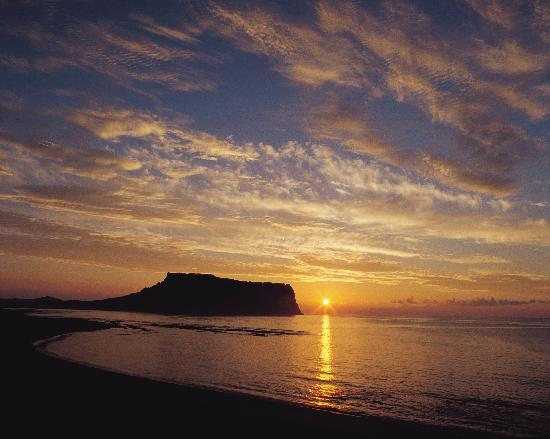 (Jeju Island:The views are amazing, no matther what part of the island you find yourself on.)

Of course you don’t have to leave the mainland to have a great time. South Korea boasts some of the most exciting and fast paced cities in East Asia; from Seoul to Busan. Whether its’ a city get away or beach break, you really will be spoiled for choice. One of the best things about Korea, is that it has a fantastic transportation network. Which means you can get a train from one end of the country to the other in just over two hours, (The KTX) and for less than $40 / €30 each way, or you can get a slower train, which will take around 4 hours (still pretty good timing) for around $26 / €19 each way. And with the extensive network of friends I have made during training week, finding accommodation around South Korea is not difficult at all. 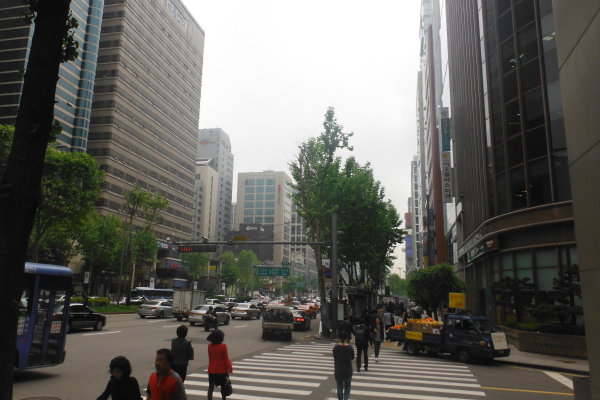 (Seoul: It really is an exciting City, lots of movement /excitement)

While travelling around Korea and its neighbouring islands would be exciting for even the most avid travellers, there are of course other possibilities. The most obvious, however, is Japan or China. With daily ferries going between Korea and Japan, it is not uncommon for English teachers here to hop on one at the weekend and visit Japan, or catch a flight from ICN airport and have a whistle stop tour of Beijing, China.

And as an English teacher here in Korea, you will be spoiled for choice for vacation options. I have many colleagues who have just returned from their vacation and they have been all over, from Thailand to Cambodia to Guam. The vacation options here are endless, which means I am really finding it difficult to choose only one!  However, I will have fun looking into it. What is even more appealing, is that you can find flights with one of the many Asian airlines that are here, for much cheaper than you would in Europe or even America. 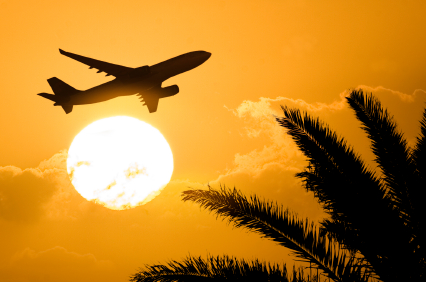 If you are looking into Teaching English in Korea, look at how much traveling you could do, both around this amazing country & further afield. Keep an eye out for my jeju blog, I cannot wait to tell you all about it.