I can see! I had been wearing glasses since I was 7 years old in the first grade. Between then and my late teens, my eyes progressively worsened into a strong astigmatism. Before going to college, my parents bought me contacts. Because my astigmatism was so high, my parents at first and then I paid over $500 for contacts every year since college. But now fresh at 26, I can see without glasses or contacts after receiving an affordable LASIK eye procedure in Gangnam, Seoul, South Korea. 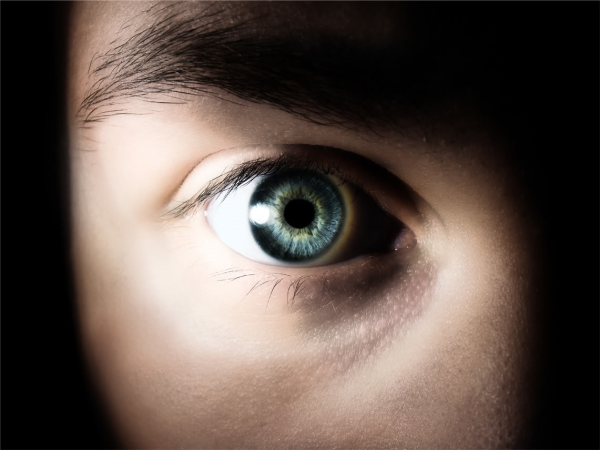 I first seriously considered the procedure a few months ago in early summer when I ran into a friend at the local dive. I thought his eyes were red and watery from drink, but he soon explained that he had just paid about $1,200 for laser eye surgery. His eyes were red from the blood vessels broken during the surgery. His eyes were watery from medicinal eye drops. Both were normal occurrences for LASIK. He spent most of the conversation hailing the merits of the procedure and encouraging me to have it done.

In the following weeks, I met 3 more friends who had the surgery done. Every one of them expressed their satisfaction with the entire process from the first doctor visit, to the surgery, to the end result. So when one of these friends invited me to go with her on one of her check-up appointments, I jumped at the offer.

Seoul Eye Group's office was bustling with both Korean and foreign clients. The manager of the clinic introduced himself almost immediately as James Bond. He was nice enough, a bit business-like. He was short with words, but his English was good so he worked with the foreign clients. He sent me off with a nurse to have a few basic tests done. I then spoke with the doctor who explained the procedure and why I was a good candidate. He had a thick accent, but I got the gist of his explanations. Afterward, I scheduled an appointment to have more tests done.

Two weeks later, I returned to the clinic. They gave me a normal eye exam where they have you stare at tiny letters and test different lenses on you. “Which is better? 1 or 2? 1 or 2? *sigh* 1 or 2?” It was a little more difficult because of the language barrier. The nurse didn’t quite understand that 1 and 2 were completely blurry and that I couldn’t even see the wall! After a grueling 30 minutes, I think she gave up. We went to some interesting machines that were pulled straight out of Star Trek. They had dancing lights, spinning tops, and made all kinds of beeping, buzzing noises. I don’t know what they did, but they made me feel like this clinic was serious about doing a thorough job. After all the tests, I made an appointment to have the surgery done a couple weeks later.

A fine, blurry Saturday morning greeted me when I woke on the day. Indistinct clouds sludged across the sky. Trees looked like hazy ghosts of themselves. Richard, whom I asked to come with me in case I couldn’t see myself back, resembled my mother. I hoped, however, the next day would be as clear as it was when I put my glasses back on. 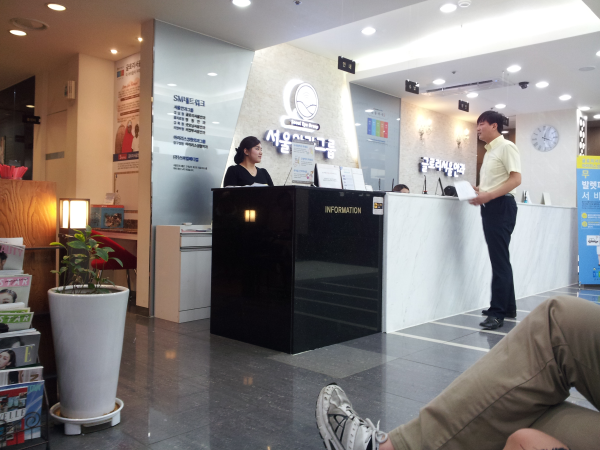 We arrived at the clinic a bit late, but it was apparently no issue. I paid the 1.3 million won price tag, which is about $1,150. That is equivalent to what I would have spent on contacts in the next few years. I knew for that reason alone the procedure would be worth it, but I was also looking forward to not hassling with contacts, glasses, or difficult eye exams. No more freaking out when I drop or lose a contact. No more deep sense of self-hatred when I sit on my glasses. No more feeling that I’m disappointing the nurse when I can’t decide between lens 1 or 2. (They look the same!) So I paid the price. I paid half the price!

The average cost of the procedure in South Korea is half the average cost in the US. Because soooo many Koreans wear glasses, demand for the surgery is high. Demand encourages competition. The competition and demand have driven the cost down. There are other reasons for the lower cost, but a lack of safety isn’t one of them. I felt secure through the whole process. The doctors and nurses always appeared completely competent. So I paid half the price. 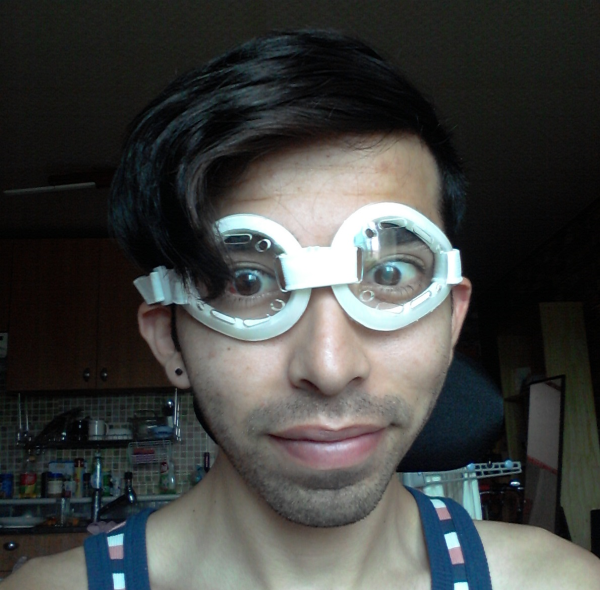 After checking-in, James Bond sent me upstairs to a pharmacy. I received 3 different kinds of eye-drops. I was told to use two of them four times a day. I was told to use the third every 30 minutes for a week! I thought that was crazy! But they gave me these cool goggles to wear at night, so I was satisfied. (I wore them all day on the way home. (And the 30 minute drops haven’t been at all inconvenient.))

As soon as I went back to the second floor, I was ushered to the surgery room on the third floor. When the elevator opened, a small waiting room lined with photos of the surgeon and his patients met me. The doctor asked if I was ready. I wasn’t much nervous but perhaps a bit anxious. So I shrugged. We went through the glass door that separated the office from the all-white, alien-like surgery room. It was large with a handful of beds and large machines. It was neato! They laid me down on one chair/table thing, and said it was the “step 1” machine. They taped covers all around my face just leaving one eye exposed. They positioned the machine over my eye. They put all kinds of drops in my eye and then placed a hand-held suction device on my eye to maneuver it. You’d think that this would be uncomfortable, but I think the drops somehow numbed my urge to blink too much. I could still feel and move my eye, but it wasn’t strange, really.  The uncomfortable part came when he started to press down on my eye. That was intense. Not painful. It was like nails on a chalkboard intense. It only lasted for about 10 seconds. Then they did the other eye. This was step 1. I think this is when they cut a flap in the surface of my eyes. Yay!

They then asked me to move to another table for step 2. I was confused. As soon as I laid down, the doctor explained that this second machine was THE LASER that would reshape my eye. Yay. He talked to me for the rest of the surgery. He said things like,  “Keep your head tilted up.” “Look straight.” “Don’t move.” “Don’t blink!” yay. It all worked fine, however. They had a clamp on my eye, so I don’t think I could have blinked if I wanted to. The laser took 14 seconds on my right eye and 16 seconds on my left eye. After the laser did its job, the doctor moved the surface flap back over my eye with a thin metal wire device. I then stood up and could see noticeably better. My eyes were watery and a bit blurry, but I could see! 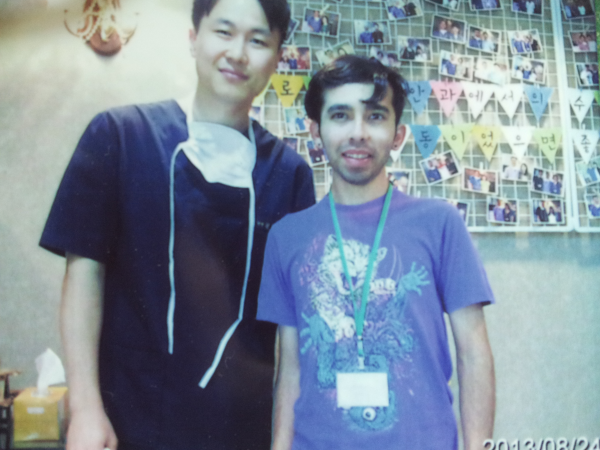 I left the surgery room 15 minutes after I had entered it. I felt no pain, just some discomfort at points. And perhaps I felt a bit of undue stress because I thought the world would have ended had I blinked while the laser lasered me. The surgery was A-OK, though. The doctor forced me into a picture while I was still reeling a bit. Then I grabbed Richard, and we left. I told Richard that I could see well enough and felt fine, so he could go explore Seoul while I take myself home. So we parted. Mistake.

I slept on the hour bus ride home with my cool goggles on. When I woke. I could barely open my eyes! I don’t know what changed in that hour, but my eyes were super sensitive. They didn’t hurt, but the sun was blinding. I could open my eyes for a second at a time. I eventually hobbled toward the taxi stand and gave a driver directions to my apartment.

I could see a little better in my apartment, but I knew I needed to sleep. When I woke a couple hours later, I could open my eyes fine. They felt a bit dry, but thats what the drops were for. I couldn’t really stare at the computer yet, so I spent the day listening to an audiobook and sleeping. When I woke the next day, it was a new world!

I had to go back to the doctor for a follow-up appointment, but my eyes weren’t sensitive at all. It was a normal day except for the fact that I could see without wearing contacts or glasses for the first time since I was seven years old. I highly recommend the procedure. I highly recommend teaching in Korea. If you teach here, the procedure is easy and affordable. Do it.