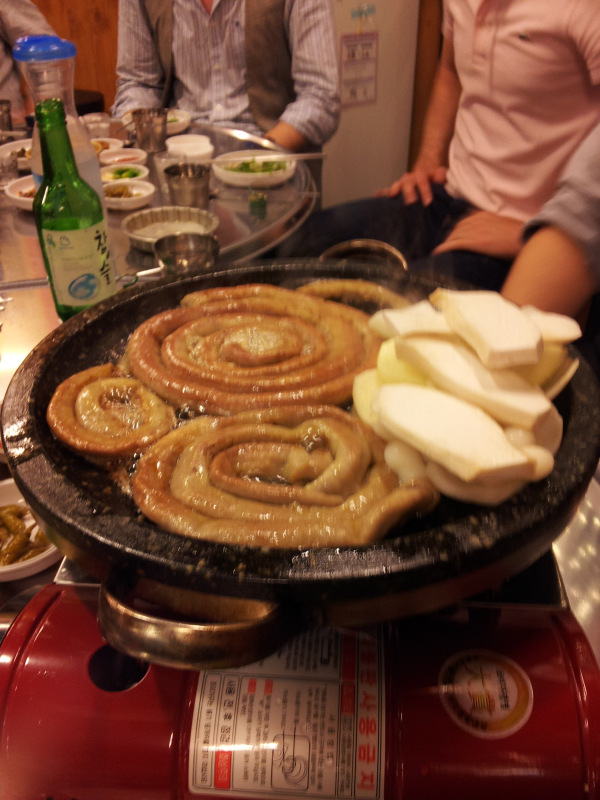 Gopchang! Can you guess what this is? It’s from a little restaurant near my school. It is next to the chicken feet restaurant! I haven’t tried those yet. I haven’t met a foreigner yet who has enjoyed chicken feet. Some of my friends do enjoy gopchang, though. I also enjoy the dish on occasion when I feel like some chewy meat. Gopchang is cow or pig intestines.

First, it comes out raw on a grill. It is fried in front of you. When it is halfway done, you cut it into small pieces and finish frying. The weirdest part is that it is stuffed with some goop. I think the filling is half-digested cow food. I could be wrong. Overall, it’s mildly tasty. I recommend trying it with a lot of salt.

My favorite part about the restaurant is the fist rice. They bring a bowl of rice with some mild spices and seaweed shreds on top. You put on gloves and “fist” the rice until it is all mixed. Then you roll it into small balls and eat. Tasty! 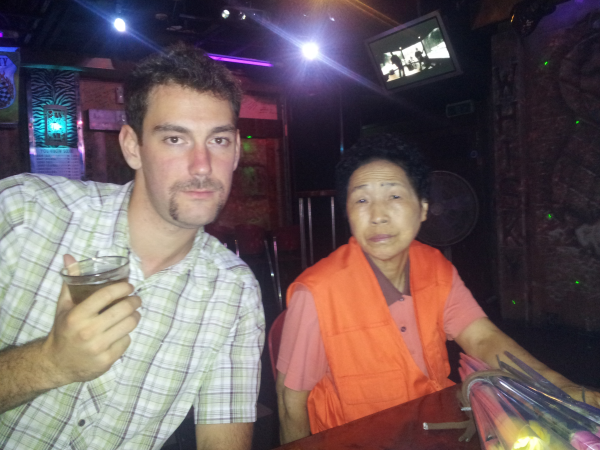 This is my friend and an ajjuma (old woman) who I see selling roses every time I go out into Songtan. She never smiles. Never. And she always looks sad. And she needs to sleep. A woman her age shouldn’t be out at 2 am trying to sell roses for five dollars. I’m a naive sucker who the ajumma has come to recognize as a chump who will always buy a rose from her. I’ve wondered just how much she makes selling these. She probably makes a killing. *sigh*

Meet Charlie and Sung Bum. It’s always fun to meet random Koreans. Often, the guys will introduce themselves. If you’re just as friendly, they often invite you to their table where you can have broken-English conversation fun. These two are really cool guys. They live in my area, and I bump into them every once in a while. I invite them to a bar or vice-versa. Good times in the ROK! 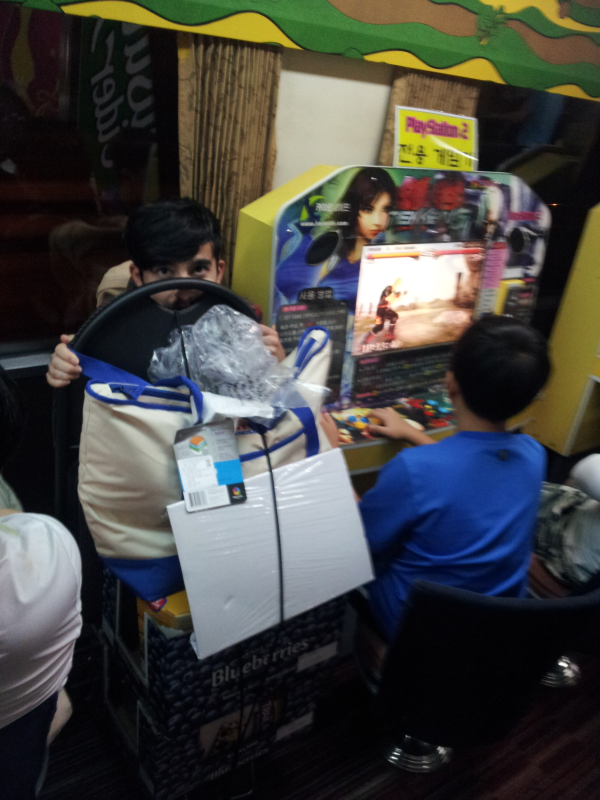 The first time I went to Costco, I brought a little dolly-like cart. I wasn’t planning on spending much, but I brought it just in case. I should have brought two. More than $300 later, I was loaded with American foods and accessories including two lawn chairs, a bed spread, some shirts, and random snacks. It was tricky loading it all onto the dolly. It was trickier getting it on the train. It was near impossible getting it on the bus. The first time I tried putting it on the bus, the cart fell and spilled all my goods into the intersection. With the help of some good Korean samaritans, I got it all out of the way of honking cars and onto the bus. Then I wheeled it all the way home. I haven’t been back to Costco since. It is, however, a cool place. Here is a post one of my cohorts wrote recently about Costco. 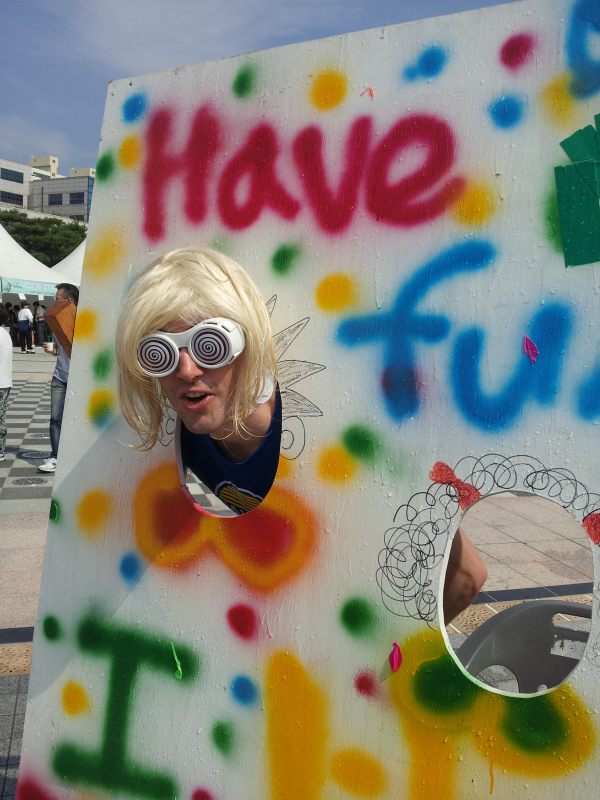 The last tidbit for this post is about an interesting experience my school paid me to do. At the local city hall one Saturday afternoon, some coworkers and I attended an English Academy fair. The English schools of the area set up booths in the courtyard and offered games for the children to play. It was just a marketing event, basically. My school decided it would be fun for the children to throw water balloons at the teachers’ faces. And it was! I and the three other teachers put on wigs and funny accessories. We stuck our heads through the hole, and then we got blasted. It was a lot of fun. We even got paid for it. This job has perks.

So these were just a few of the random, awesome times of Korea that I experience on a daily basis. You can have fun times, too.