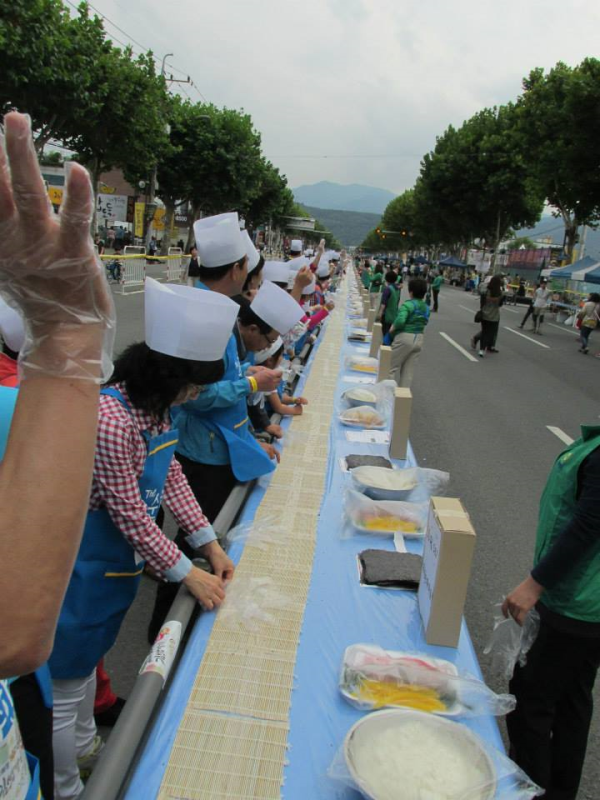 (The end of a very loooooong table.)

For those of you wondering what a Gimbap is (also sometimes called a Kimbap), imagine a sushi roll; sometimes filled with tuna, or BBQ chicken, or just vegetables. It has some egg in the middle also; it is then wrapped in rice and covered in GIM or seaweed.  My favourite kind is Spicy Tuna Gimbap or “matchm Gimbap” (That’s how it sounds phonetically anyway.). 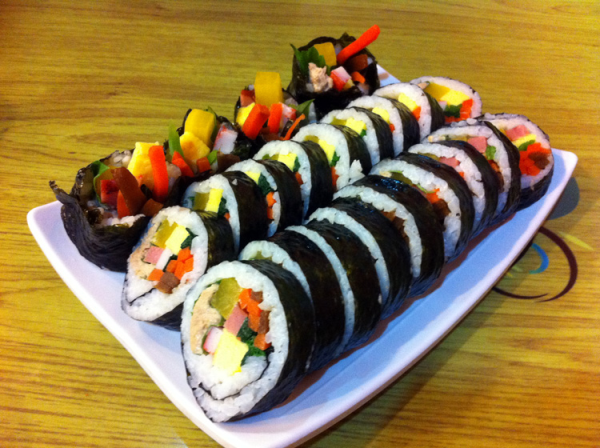 When we got to the festival, the smell of Gimbap in the air was very strong. We got there in time for the parade... Thats right, they had a parade before they tried to break the record for the longest Gimbap...They don't do half measures here in South Korea. 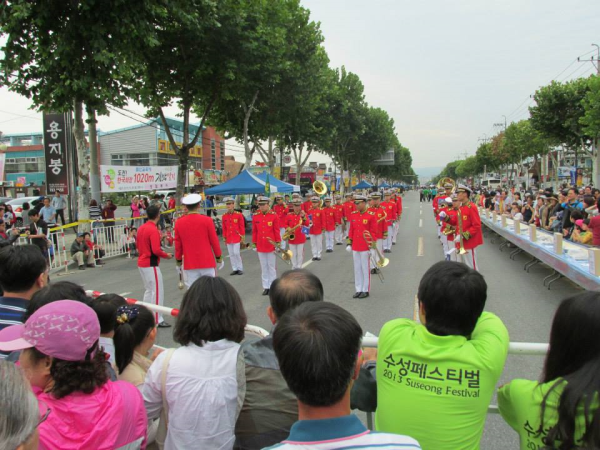 When we arrived, we were just in time for the parade - thats right, they had a Gimbap Parade. 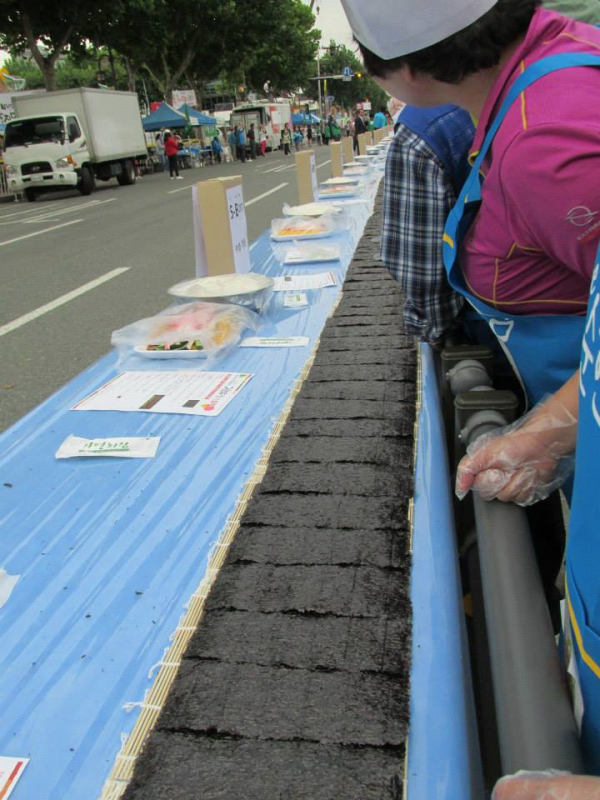 The First layer is seaweed or Gim, it's really delicious. Sometimes I eat it on it's own. It's just like potato chips. 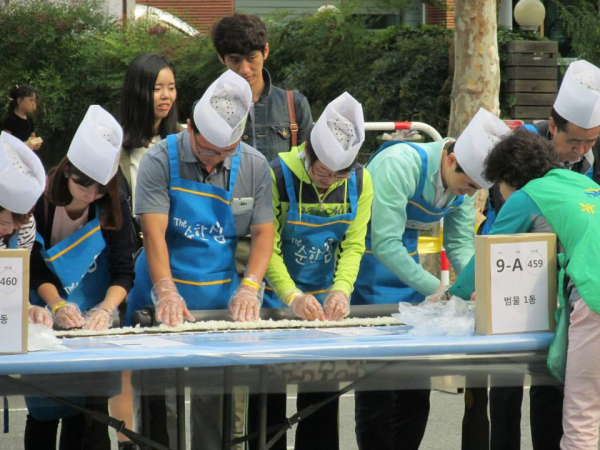 Then they add the second layer, which is rice (or Bap in Korean). After that, the filling is added, for this Gimbap, it was egg, raddish, tuna & leaf. 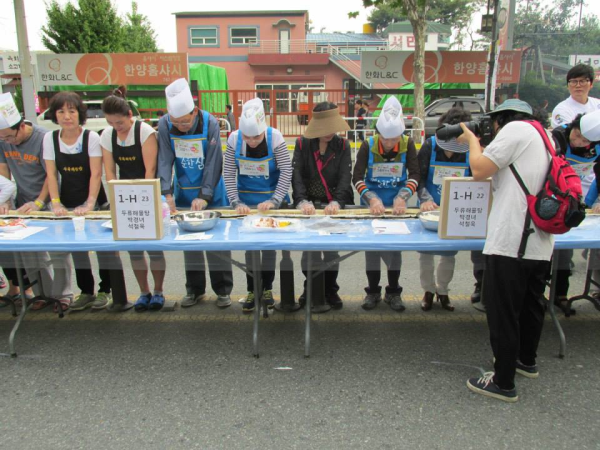 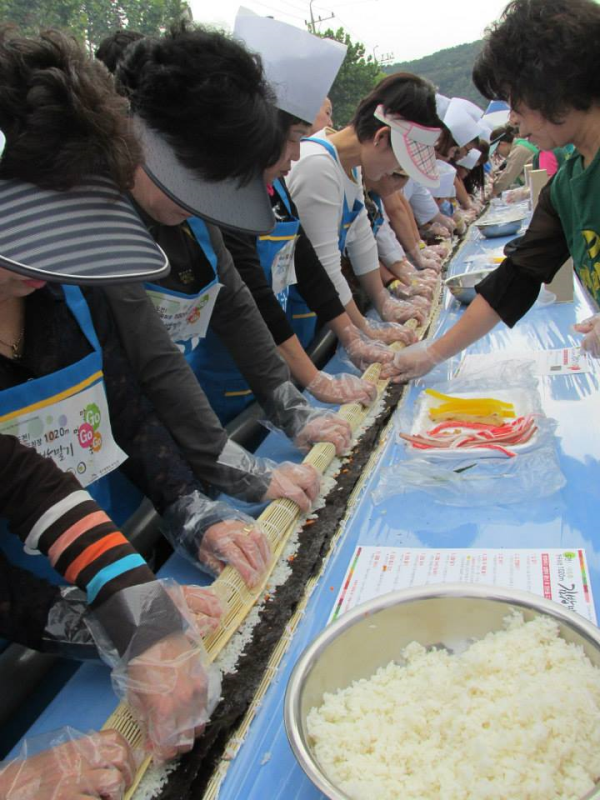 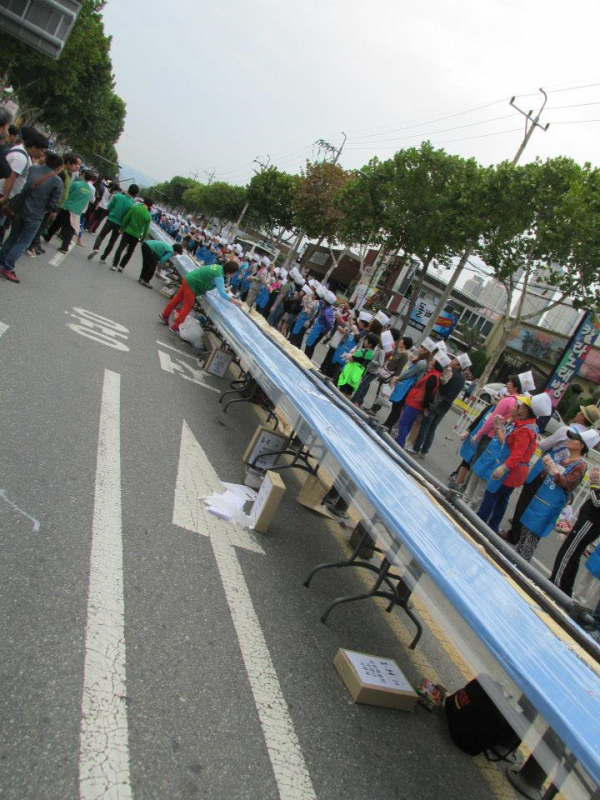 Once the fillings were added, the rolling process began, however, as this Gimbap was so long it took almost one hour to get from one end to the other rolling. Eventually the Gimpab was rolled & measured..... The result??? They did it! The world's longest Gimbap at: 1020M (or 1KM)

Do you love gimbap? Which one is your favourite? If you can, try to make it to this festivalnext year. It's a great time!

Tags: teaching in Korea, a year in Korea, festival, festivals, food in Korea, Activities to do in Korea, Kimbap, Weekend activities in Korea