A trip to Samcheok on Korea's east coast isn't complete without a visit to one of its best tourist destinations: Hwanseon Cave. I'd never been in a large cave before, so I was seriously excited to check out one that boasted being not only the "largest limestone cave in Korea," but also one of the largest in all of Asia. I recently took a weekend trip with some friends who were visiting from the U.S. and the cave was just as awe-inspiring as we were hoping. 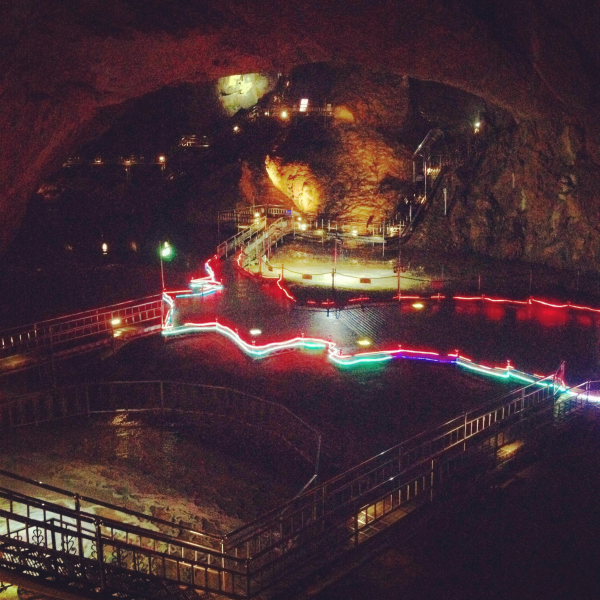 The Samcheok area is full of activities, such as a very, ahem, special park, gorgeous beaches, delicious seafood, railbiking, and great hiking. They have two caves, Hwanseongul and Daegeumgul. We only had time for one cave, so we opted for Hwanseongul. It sounded the most impressive with its 6.2 kilometers of known passages. So, we bought tickets and hopped on a bus from Samcheok Intercity Bus Terminal, ready to do some cave exploring. 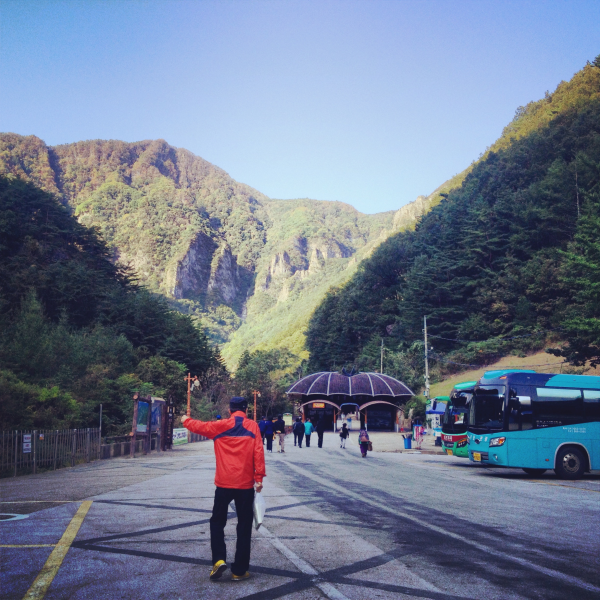 The bus from the bus terminal drops you off in a big parking lot, with the bat-shaped ticket booth ahead, which is where you purchase tickets for the cave for ₩4,000.

In order to get up to the cave, since it's inside a mountain, you have two options: a short hike or a ride up a little monorail. Since we were looking to conserve energy, we chose the monorail. A roundtrip ticket is ₩5,000, which is what we opted for, but you can also do a one-way for ₩3,000. 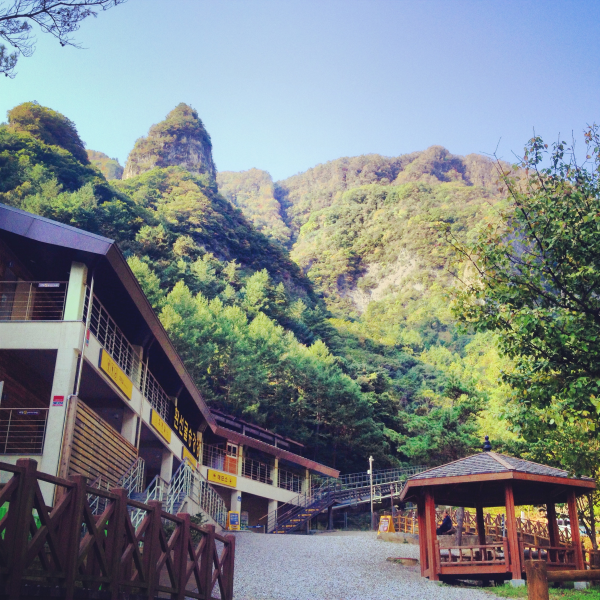 Before going up to the monorail platform, stop at the little ticketing booth to purchase your ticket. 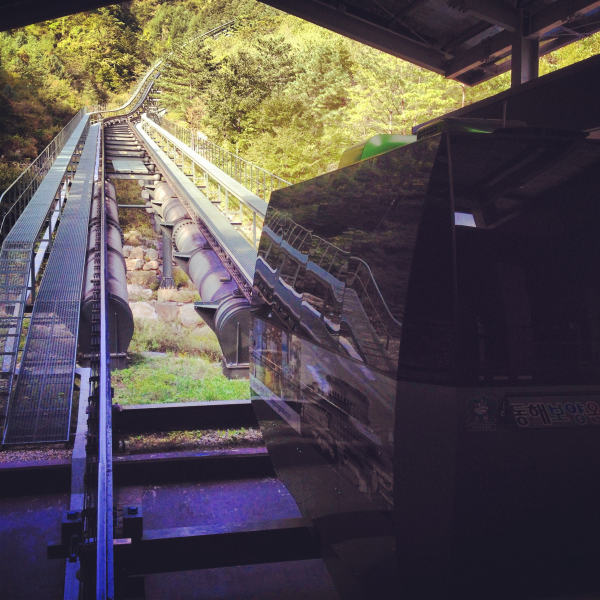 Strange little boxy monorail car, with the track ascending in the background. 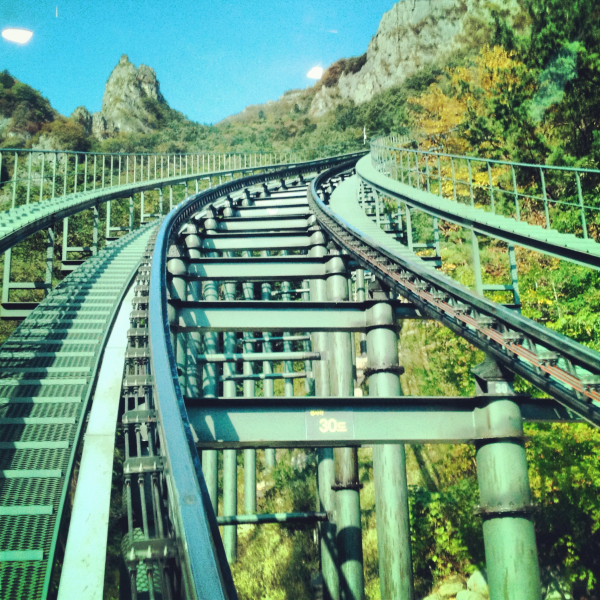 My view from the monorail window as we went up. 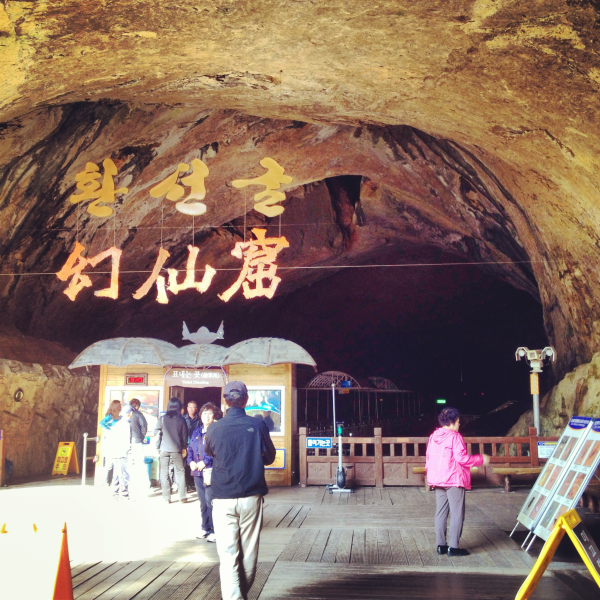 The mountain air was already crisp and cool, but as we approached the cave, we could feel the temperature dropping. We stopped for some pictures and marveled at the map of what we get to explore vs. the sheer size of the entire cave and its tunnels: 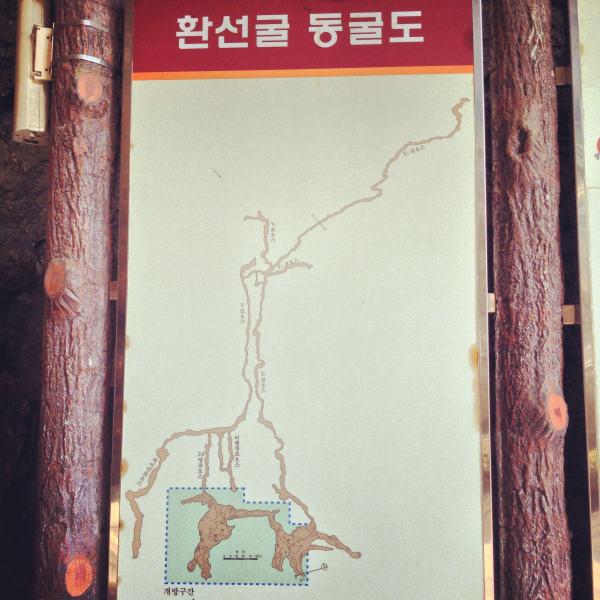 As you can see, this cave is HUGE. 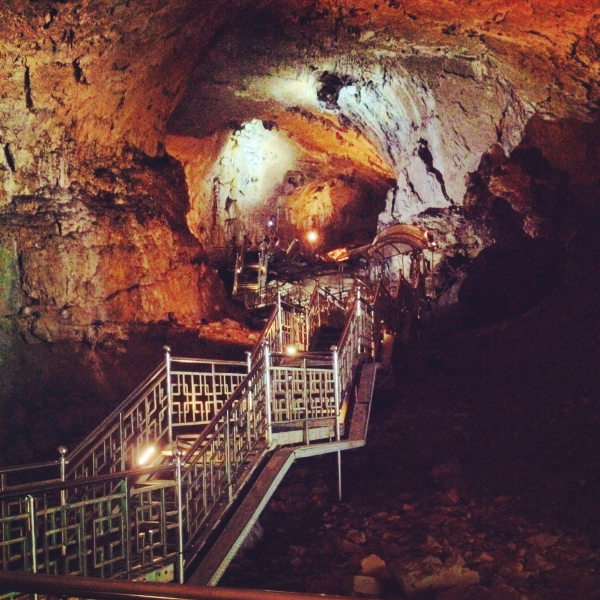 Walking inside, we were immediately hit with sounds of rushing water. This cave, as you'll see in my pictures, is very, very wet. It has quite a few small lakes and waterfalls. There's something about the sound of water echoing through gigantic chambers of rock that's just cool. 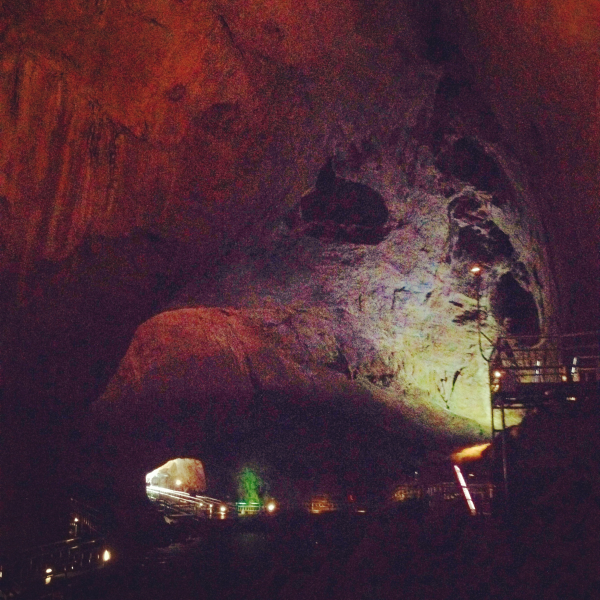 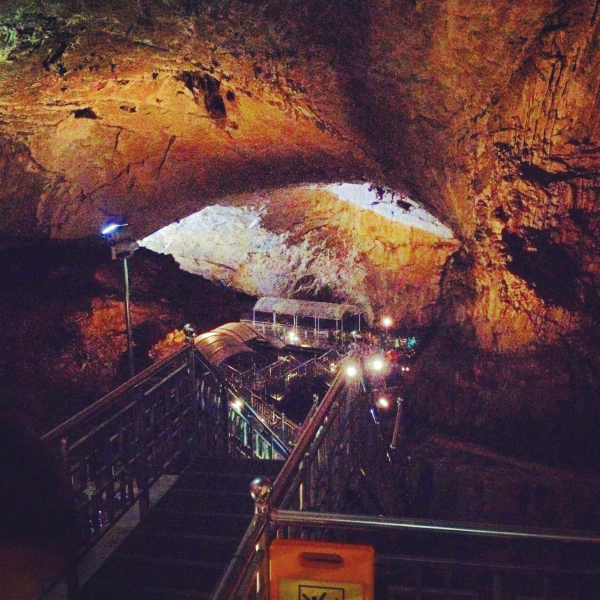 Photos just don't do it justice. 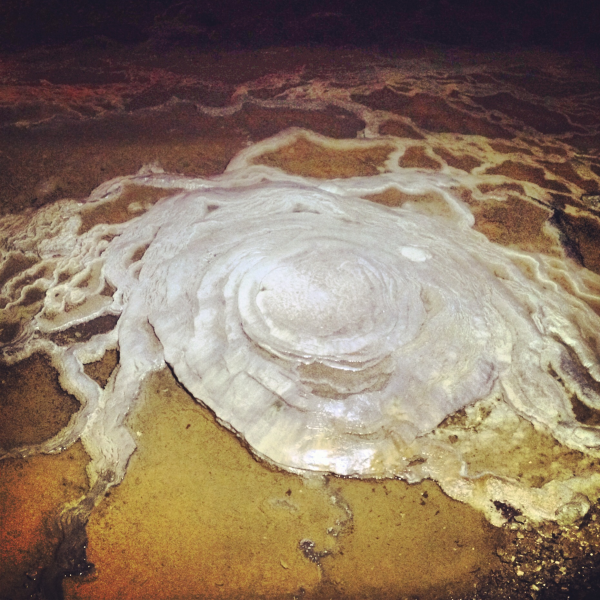 Took this leaning over the side of a bridge -- the pit below is of unknown depth. Meaning it's too deep for anyone to be able to tell. Crazy! 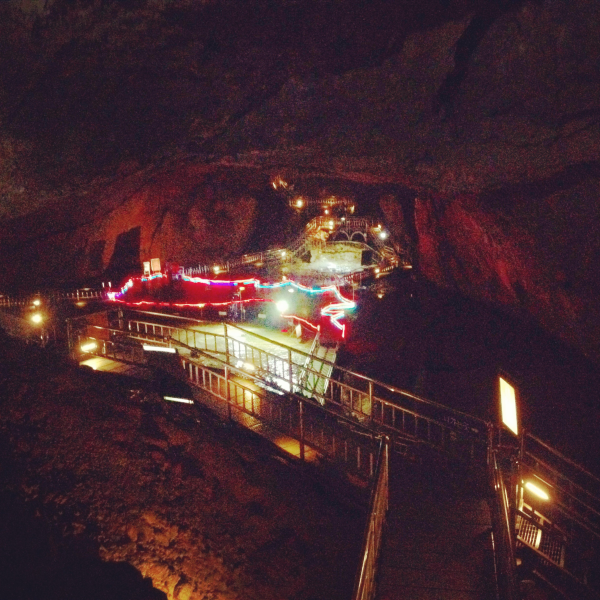 Lots of rope lights in this place...

As you can see, the entire cave was pretty well lit. They've set up small spotlights on the various features of the cave, along with names and little information signs telling you about how it formed/what it is/etc. It was all very interesting, so if you go, try to make the time to read as you walk through. 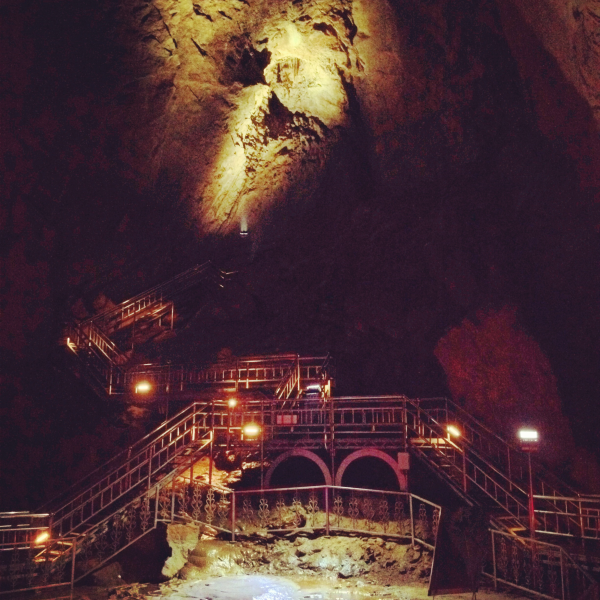 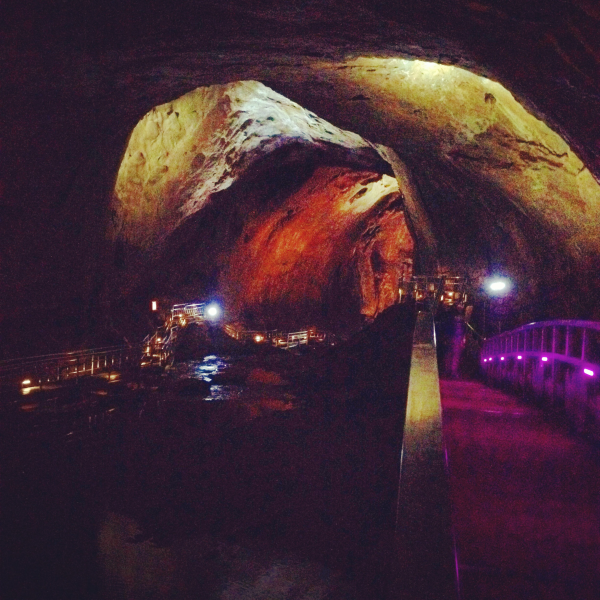 I highly recommend a trip to Hwanseongul. Samcheok is a beautiful area and well worth a weekend getaway, and while you're there, definitely make the time to see this massive cave!