A Teacher's Surprising Visit to the Dentist

If you live in Korea long enough, at some point you just might need to go to the dentist. For some of us, it could be for a medical reason and for others it could be something as simple as a teeth cleaning or whitening. I've been to the dentist three times here in Korea. The first was for a regular check up to see if I had any cavities, and yes, I did. *Sadface* The second visit was for a teeth cleaning and the last time was because of a more unfortunate reason. The crown to my root canal came off, pulling off some extra parts that needed to be fixed. 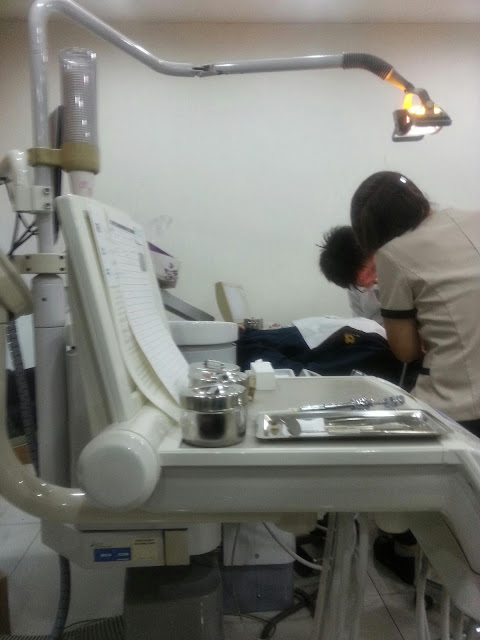 So, in addition to understanding how the dentist works in Korea, you also probably understand that I have pretty bad teeth because I'm constantly eating sweets. Bad addictions! Nonetheless, let's move to the real purpose of the blog which is the difference between Korean and American dentist offices. For starters, it is pretty difficult to find a proficient English speaking dentist in Korea, but I got lucky for the simple fact that there was one across the street from my Chungdahm building, which is the one that almost all the teachers from my branch (for years now) go to.

For starters, going to the dentist in Korea doesn't always require you to make an appointment, although it is recommended. This is great for any emergency purpose, especially in my situation, and they'll try to care for you as soon as they can, but it is not always guaranteed. I got pretty lucky the two out of three times that I went in that I only had to wait 15 minutes or so, but the one unfortunate time was an irritating two hours almost. At the very minimum, there are computers at my dentist's office to utilize to pass the time. I think this totally beats the American standard of magazines and a TV. 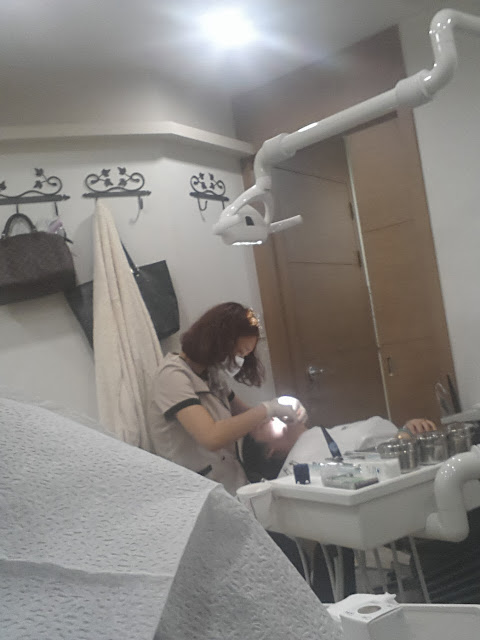 One thing that you'll notice about almost every process in Korea is that it is quick. Going to the doctor in Korea is different than in the States for the very reason that they try to work as quick and hard as they can. This is definitely the one thing I'll miss about Korea, they are serious about business! Another thing that stands out are the gender roles. Women in Korea are more likely to be in "assistant" roles, wearing cute uniforms and helping out the male practitioners. There are a handful of women doctors, but of course, to a minimum.

After waiting X amount of time that you do, you are then called into an open area where there are seats that are parallel with one another. There is no privacy between your dentist visit and the person sitting next to you in Korea. The chairs are literally one next to the other which can be a little awkward, but it's something that I've gotten used to in Korea. There actually isn't a lot of space in Korea and space is expensive. So of course, making the best of the limited amount of space is necessary. On the flip side, you know that your dentist didn't forget about you because he or she is probably in the same room as you. 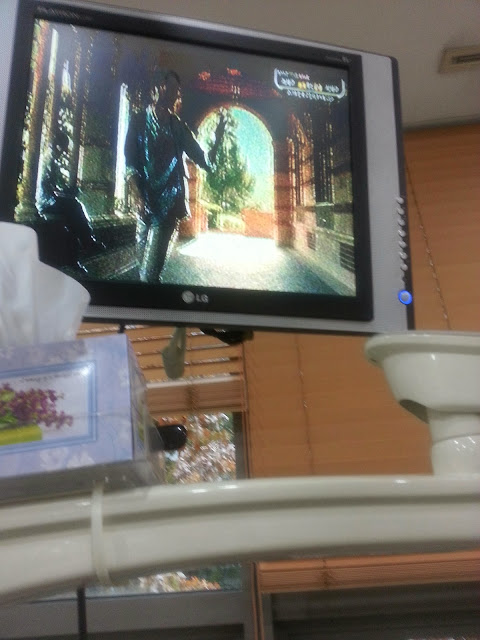 The one thing that is pretty cool about these seats is that each is equipped with its own TV for your enjoyment. In addition to entertainment purposes, this TV is actually useful in the dentist office. In fact, electronics in Korea are so upgraded that they have different tactics and machines for services. For starters, because chairs are in an open area, your file isn't dropped on the door of the patient room, the record is actually pulled up through a wireless keyboard and mouse that the dentist uses to extract your file from a database.

In addition to pulling up files and records, it also takes dentist evaluations and clueless explanations to a whole new level. Remember having to sit in a chair with a heavy mat that protects you from the rays of oral x-ray photos while the camera is moved from side to side and everyone leaves the room but you hear that one little click that signals a snapshot of your jaw? Well in Korea, there is a machine where you stand in the center and it circles your head to get a whole photo of your teeth in one shot. What's ten times cooler is the fact that this x-ray is uploaded onto the computer and pulled on screen when needed. What's ten times cooler than that is the fact that the dentist uses this x-ray so better explain to you and visually doodle on his explanation. Nothing beats sitting there and understanding every little thing that the dentist is going to do because he draws on the x-ray images and explains every step of the way.

Aside from all of these awesome features, there is one thing that is a bit peculiar about the dentist system in Korea. In the States, you may notice that the dentist pretty much does everything from start to finish. Here in Korea, you'll probably be handed over to the dentist assistants for smaller and not so difficult procedures. In fact, the dentist never really cleans your teeth in Korea; all of the assistants are in charge of that. They still do a pretty good job, but of course I would prefer the care of my actual dentist. 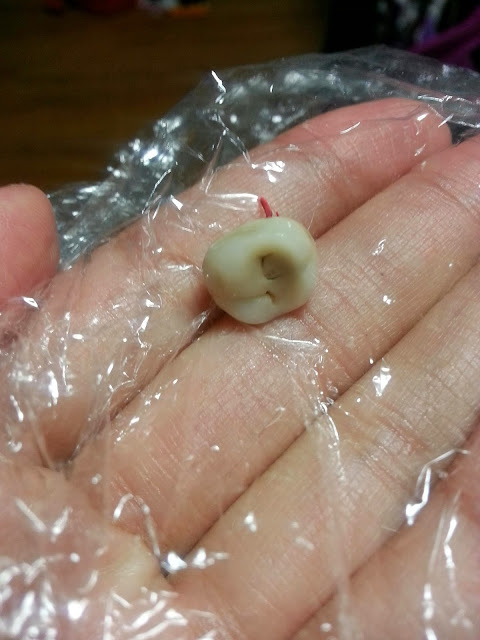 Lastly to touch on, pricing is one factor that is important. For those who do not have dental insurance or actually just do not have all the coverage for the dental procedures, a dentist visit will not set you back as much as it does in the states. They really try to be reasonable with their price and the best part is you can probably bargain them a little. That is, only on more difficult and expensive procedures, especially if you have a handful of things to take care of. Do not ask for a discount on a simple teeth clean because that is pretty standard, roughly $50 a session.

Moral of the story, brush your teeth and try to stay away from the dentist. If you should and need to go in Korea though, don't be afraid to because it they are quick, efficient, and actually pretty awesome!

Graduating with a double major in Communications and Chinese from Rutgers University, it wasn’t long after working in the Big Apple that Cindy Ung decided to take a break from the cliché 9-5 lifestyle and move to Korea to teach English for CDI. Making the bold step to leave her comfortable, mapped out life in the States, she has fallen more in love with the Korean culture as each day passes. With weekly mountain hikes, weekend road trips, discovering great foods and beauty products, constantly meeting new people, her life in Korea has been everything but mapped out.

Check out Cindy’s blog to get a glimpse of what Korea has to offer.