Winter is coming. How do I know? Am I a Stark of Winterfell? Fortunately, I am not. I know winter is coming because it is getting COLD. Winter in South Korea is a frozen hell for a simple boy who is used to the perpetual spring and summer of Southern California. 6 degree weather? About the coldest it gets in my part of Cali is 60 degrees! However, I know I’ll survive the coming winter because I survived the last winter Korea threw at me. If you’re worried about the Korean winter, I'll tell you the secret of how I beat the cold last year: nestled in the heart of Seoul is a magical market of cheap, gently used winter gear. It is called Gwangjang Market. 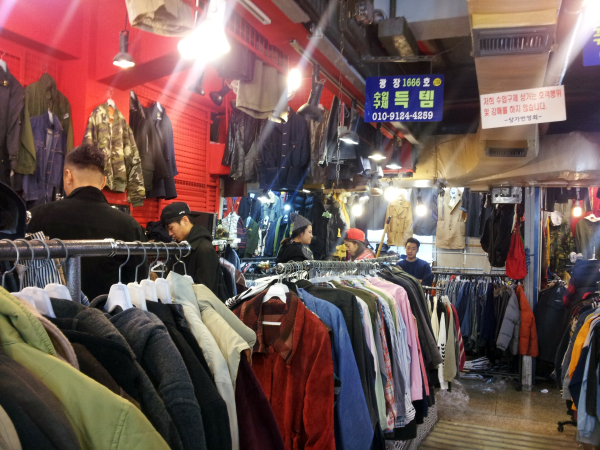 Comprised of narrow aisles lined with small individually owned “shops,” the Second-hand clothing market is small part of the larger Gwangjang Market. However, it is anything but small. There are more than 50 spaces owned by mostly young Korean vendors. The market occupies the second and part of the third floors of a large building that sits on top of Gwangjang Market. 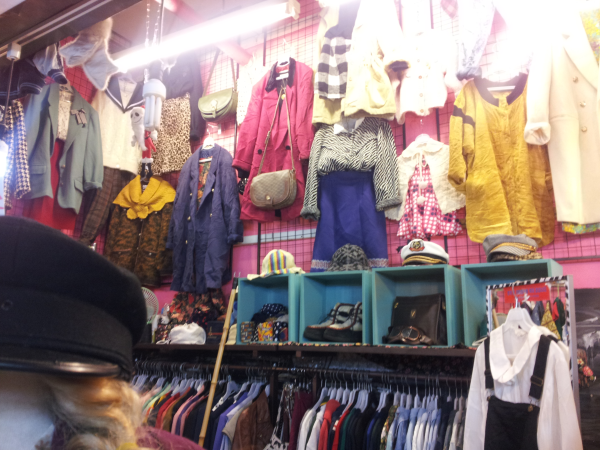 The best part about the market is how affordable and quality it is. Last year I bought a Bean Pole overcoat for $50. It was in almost new condition. Bean Pole is a big designer brand in Korea. The company’s products are usually quite expensive. I looked online and found a similar coat to mine being sold on Bean Pole’s website for $400. Bargain!

Is it a knock-off? I don’t think so. The coat is of very nice material and make, and I saw lots of name brands selling for more. They are usually pretty worn though. The seller of my coat wanted $110 at first. I got him down to $80. Then my friend offered to buy two coats. After about 15 minutes of wheeling and dealing, I got the coat for $50.

This last weekend, I went with a friend. He got a big, puffy insulated North Face jacket. It’s fairly well used, and the lady had a couple. Also, the competition is so fierce that it drives prices pretty low. So he got the $200 jacket for $40! 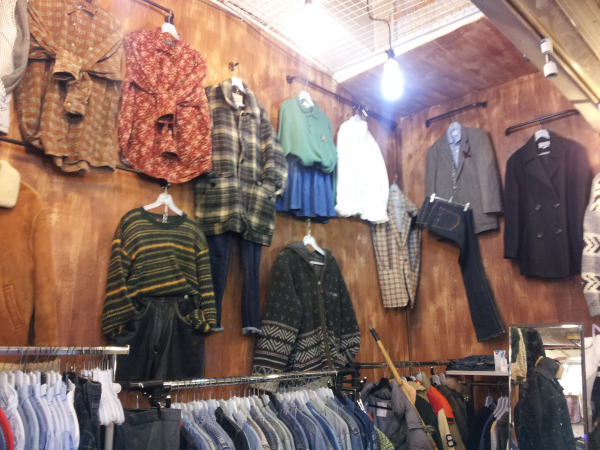 The place caters to men, women, children, Koreans, foreigners, etc… A majority of the clothing is jackets, sweaters, and coats, but there plenty of accessories to find. The offerings are actually quite robustly varied. There are some retro treasures hidden in many shops. 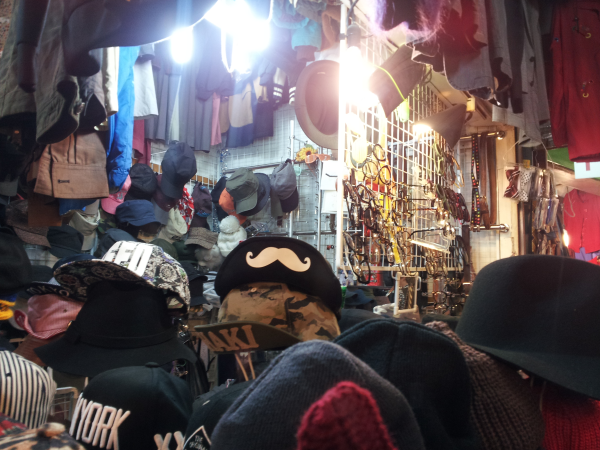 Plenty of hats, scarves, gloves and shoes can be found. I bought a few nice bow-ties last time. 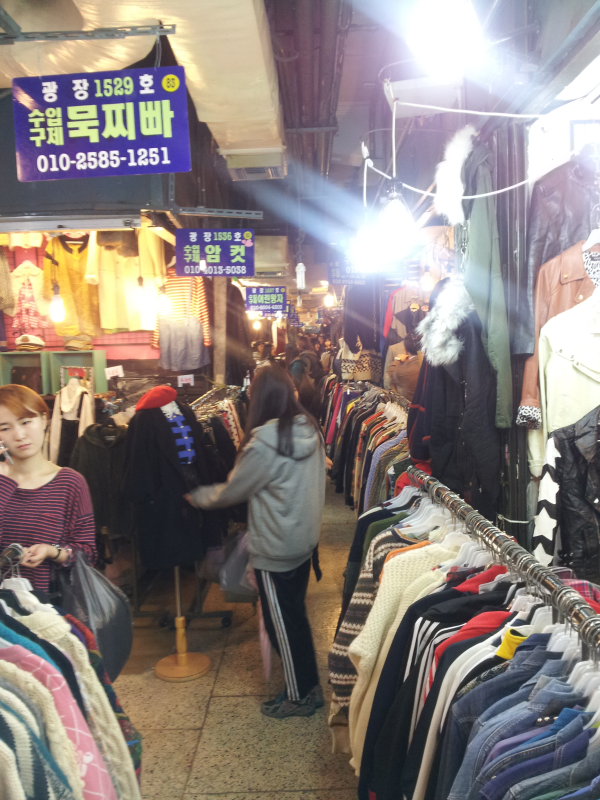 The above picture doesn’t even begin to give an idea about how large and confusing this place can be. If you go in with more than 3 people, you are not all coming out together. The market is a maze of thin aisles on a less-than-consistent grid pattern. Because of the confusing, packed windingness, the market is able to cram thousands of articles into the floor space. I suggest arranging a time to meet at the entrance if you go in with a large group. 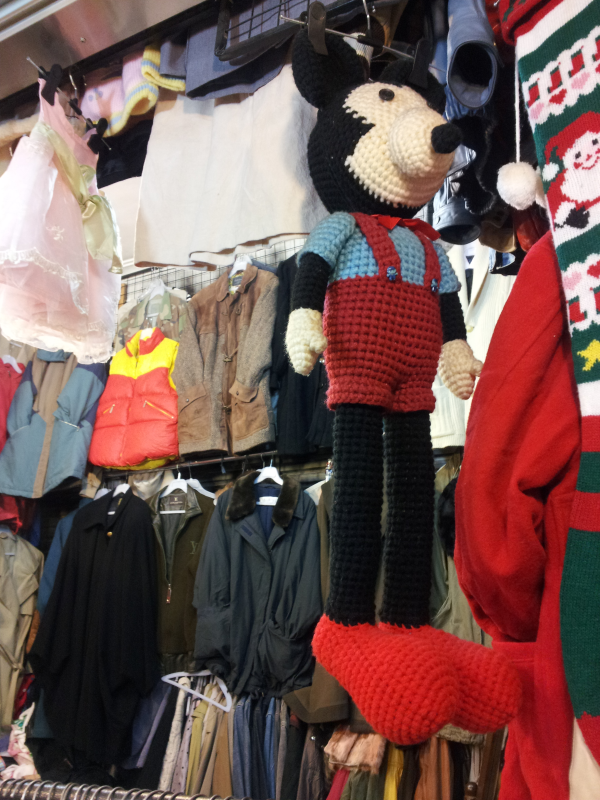 One of the best things about the market is the oddities you’ll find. Because there is so much in the place, there are bound to be some interesting surprises lurking around the corner. A friend found a tiger onesie complete with ears and tail for $10. He wears it regularly to bed still. 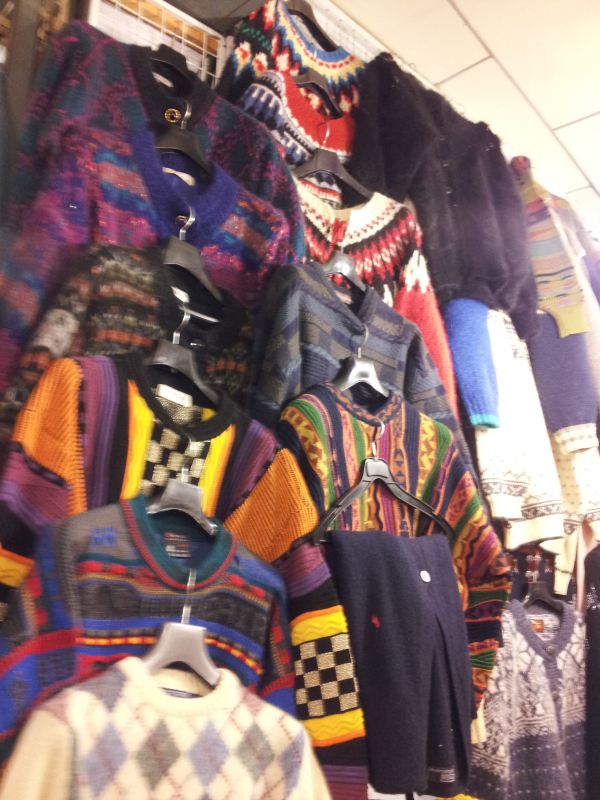 This place is also the single best place on Earth to find some of the ugliest sweaters for an ugly sweater party!

One of the many aisles is dedicated to a pretty decent collection of shoes. 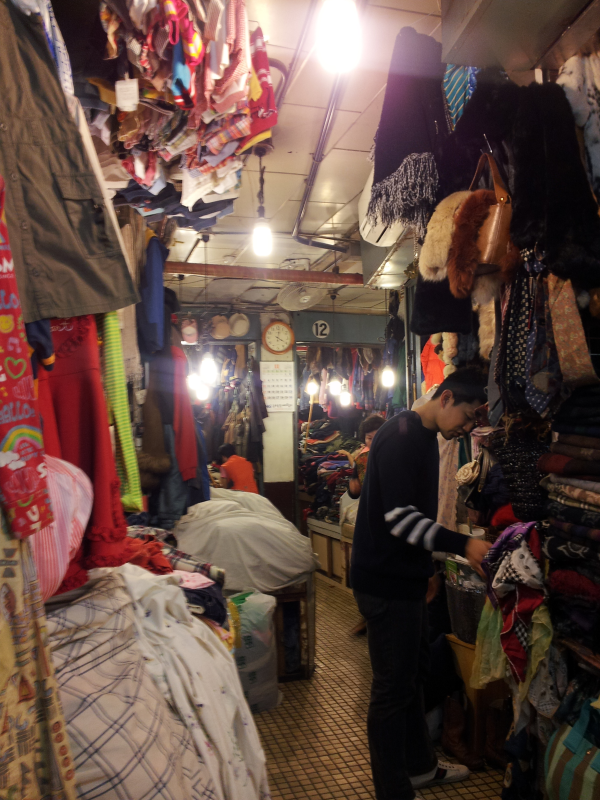 If you can find it, there is a small stairwell that goes up to a small part of the third floor of the building. Up here are clothes sold by older Koreans. It is kind of creepy. It’s darker, and not many people find their way up here. 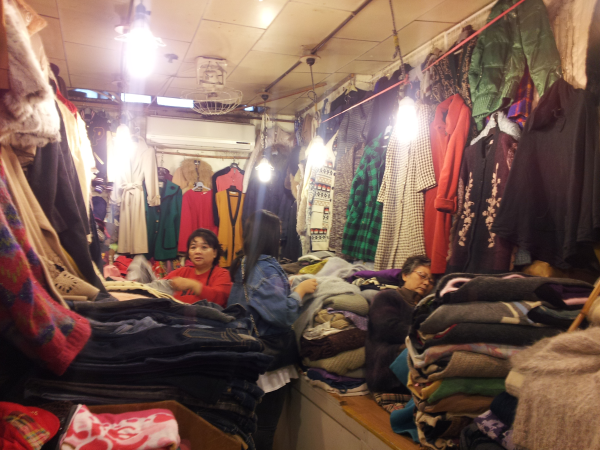 Generally, the sellers sit in their little alcove shops and stare toward the aisle. The alcoves almost feel like prison cells.

The lady above hand-knitted all the gloves, beanies, and arm warmers seen here. Over the years she’s built a throne of them that reminded me of an interpretation of The Iron Throne. She had a sweet smile, though. 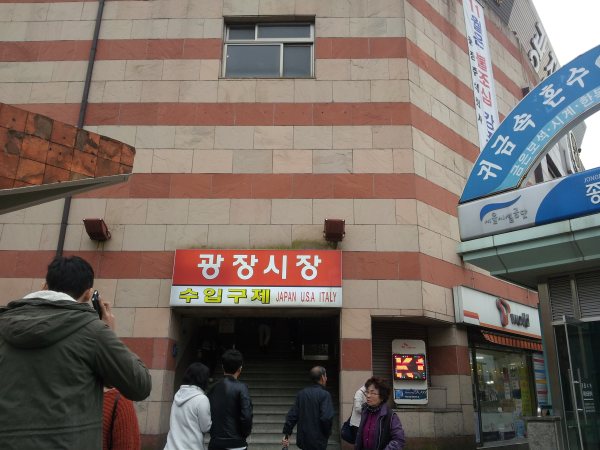 So how do you get to this magical land of winter preparedness? It’s a little secretive but not too difficult to find. From Seoul Station, take the 1 subway line (dark blue) to Jongno 5-ga. Walk straight out of exit 11. When you get to the large intersection, follow the bend of the pavement to the left. It will take you right to the building seen in the picture above. Walk up those stairs and through the glass doors. Boom! You’re there. Enjoy.