To recap: Last weekend, myself and some of the other English teachers from my school decided to attend the Busan Fireworks Festival (Part 1). This event is a two day event, however, because of work commitments, we only attended on Saturday, which was the finale. It was amazing. The theme this year was war and love, and each set was accompanied with music. The videos say more than words possibly can... 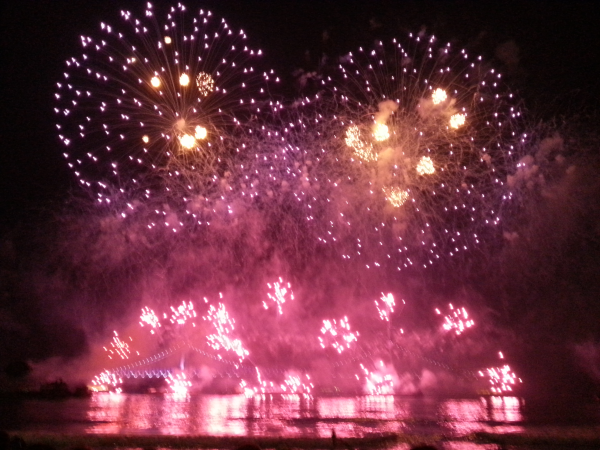 (Sorry for the camera action!)

This was so cool, they used tracers & other cool fireworks - the music was very apt. The whole sky lit up with firworks.

Cant really here the music here, but trust me the atmosphere was amazing!

The Finale was amazing. The whole bridge turned into a waterfall of fire. 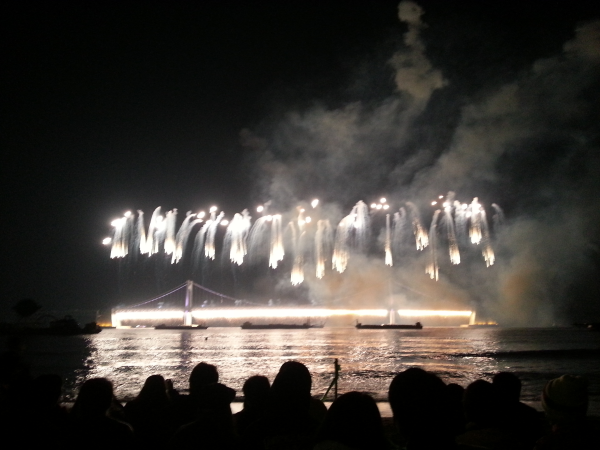 (just amazing, the whole show lasted just under one hour)

Tags: teaching in Korea, a year in Korea, Fireworks, fireworks festival, Activities to do in Korea, Weekend activities in Korea