Somewhat similar to one’s horoscope, blood type is said to determine one’s personality. Many of us foreigners did not know our blood types, but when we asked our Korean friends, they weren’t hesitant to tell us. In Korean society, your blood type can distinguish what kind of dating partner you would be. 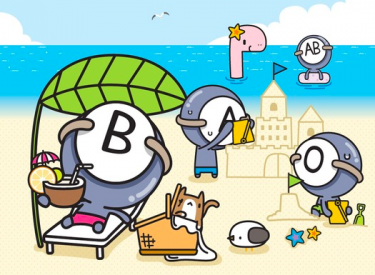 In order to conduct this test, you must place your hand palm side up. There are three different personalities that correlate to how far your pinky finger extends to the first horizontal line of your ring finger.

Although this isn’t a personality test, if someone believed this myth, I would probably walk away. Believed to have been originated in the early 20th century, this myth states that if you run an electric fan on all night without having any room ventilation, you will die. The fan may cause hypothermia, asphyxiation, or hypothermia. Others also believe that a fan will chop oxygen molecules making it incapable of breathing. Many older Koreans still believe this because during the 1970’s, the Korean government used this as propaganda to make sure that citizens did not consume too much electricity. All of this has been proven false, so make sure you have a fan or air condition turned on during the hot and humid Korean summers. 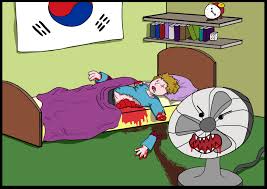 Do you know of any other Korean myths? If you do, please post them down below!