This word convenience can apply to many aspects of this city. In a larger sense, Daejeon is incredibly convenient for traveling. Located right in the center of the country, Daejeon’s location is ideal for day trips throughout the country, whether it be south to Gwangju, east to Busan, or north to Seoul. Most train lines, whether it be KTX, ITX, or the slower mugunghwa, all have frequent stops in Daejeon, making inter-city travel a breeze.

On a smaller level, Daejeon itself is quite convenient to traverse as well. With only one subway line, even the dumbest of foreigners can be spared the stress of tackling the gargantuan Seoul subway system by making the simple decision to go east towards Panam, or west towards Banseok. The Daejeon subway winds right through the heart of the city, so most of the popular destinations are either at a subway stop, or a manageable walking distance from one. Even after the subway closes, thanks to the relatively small size of Daejeon, taking a taxi across the city is quite doable, and will not kill your wallet either.

As with many cities in this rather mountainous country, Daejeon is surrounded by mountains. While being in a valley is not particularly helpful in the pollution department, it bodes quite well for the hiking and outdoor recreation enthusiasts. There are numerous mountain trails only minutes from Daejeon, which ties back to how convenient it is to live in Daejeon. 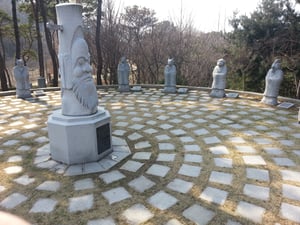 If mountains aren’t your cup of tea, then the Gapcheon River winding through and around the city offers another way for you to reach your inner David Thoreau. While obviously lacking the seclusion and untouched tranquility of Walden Pond, the bike trails that run along the river up to Daecheon Dam as well as into the countryside allow you to experience a greener side of this country that you might not get to enjoy otherwise. 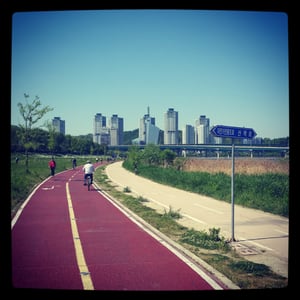 Finally, if you are lazy like me, then sometimes the only nature you want to experience is the meticulously groomed and manicured greenery of Daejeon’s many city parks and flower gardens. Yes I know, Daejeon does not have a monopoly on beautiful parks, but I will say we definitely have our fair share of lovely green spaces for all to enjoy. The Hanbat Arboretum and Ppuri Park are two of my favorites, the former having a fantastic array of colorful plants (if you didn't already figure that out from the name of the place). 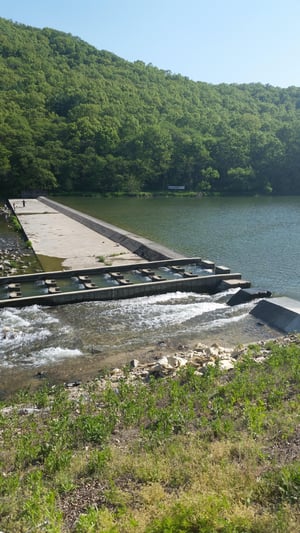 While Daejeon does not have quite the same level of hustle and bustle as Busan or Seoul, there is no shortage of fun to be found after dark in this city. Whether it be the Timeworld district in Dunsan-dong, the college scenes of Gun-dong and Hanbat University, or the old downtown and shopping center of Eunhaeng-dong, there are pockets of lively nighttime revelry to be found throughout the city. Just make sure to drink your Hot Sixes, because the fun sometimes doesn’t stop until the sun peeks its head over those ubiquitous mountain peaks around the city. If you are looking to get a quality burger and check out some sports, I would recommend Traveler's Bar in Timeworld. If you really wanna experience a true Korean night club, then Ibiza in Dunsan-dong is your best bet. Finally, although it is a bit pricey, Ranch Pub in Gun-dong has some of the best varieties of craft beers in the city.