Korea is known for its history mixed with modern technology. People come to teach in Korea because the money is good and because they can still live somewhat live in a ‘Westernized’ manner. Even as that may be, most people who come will at least try to live up to the hype of partying “Gangnam Style” to see what it’s all about. However, if you are not into getting drunk off of cheap soju or from bottle service at one of Seoul’s premier clubs, here are four activities in Korea that you can do to enjoy your time while living in Seoul. 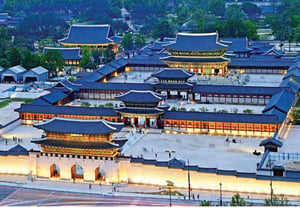 1) Museum/Palace Visits – Korea is rich in UNESCO (United Nations Educiational Scientific and Cultural Organization) heritage sites and the government has vowed to protect their culture. Because of that, even when running around Seoul, you could be in traditional Korean village and 5 minutes later you can be in the more modernized side of the city. One of my favorite areas to take my friends and family when they visit is Seoul’s city center of Gwangwhamun (purple subway line #5). Located across from the U.S. Embassy is the Gyeongbokgung Palace. It is the largest of the 5 major palaces in Seoul and arguably the most famous. This is a great place to feel what it would be like to live in 14th century Korea. Make sure to watch the changing of the guards and opt for a personal tour for a nominal fee. Also, my favorite museum the National Folk Museum is located on the premises. But not only that, a few steps away from there are the Bukchon Hanok Village and the National Museum of Modern and Contemporary Art. 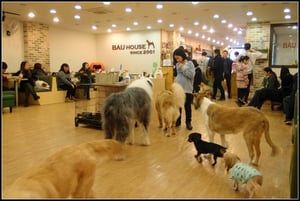 2) Cafes – If museums and palaces are not your thing, then one thing you must check out is Korea’s extensive list of cafes. Here you can find dog, cat, and even sheep cafés. You will find many groups of friends and couples inside the cafes. All you need to do is buy a drink and hopefully, the animals won’t be too shy to play with you. You can also buy treats for the animals so that they will play with you. Another type of café that has been extremely popular is Hyundai Cards’ “Music Library + Understage”. Here you will have the opportunity to listen to over 10000 records and some very difficult albums to come across. 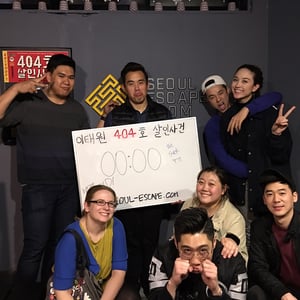 3) Escape Rooms – Located in Itaewon, Gangnam, and Hongdae districts, Seou'ls Great Escape allows couples or groups of friends to try their hand a variety of puzzles to escape from a locked room. Hongdae’s escape room game allows two teams to enter identical rooms and to race each other to see who can escape faster. The escape room in Itaewon allows up to 10 people to solve a murder mystery. Similar to the story of Saw, this one was extremely fun and also the most difficult of the 3 escape rooms. Teams have 1 hour to complete the mission that will allow them to find the key to leave the room. Less than 10% of the teams that enter actually escape. Don’t worry too much, the game moderator can give you some clues if you are willing to embarrass yourself! 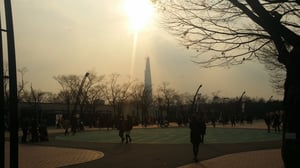 4) Play Outdoors – Living in Korea, you will notice that many Koreans are healthy. The Korean government has put a lot of emphasis on living a healthy lifestyle. One of my favorite activities to do is to ride my bike around Seoul especially up and down the Han River. If you are an avid biker, there are biking trails that can take you up and down Korea. If you manage to do all of the courses, the government will award you a gold medal. Furthermore, there are so many hiking groups in Korea that love to go climbing. I suggest that if you want to make friends, join the different Meetup Groups around Korea. There’s tons of them!

So although Korea has gotten famous for its drinking and clubbing culture, it doesn’t mean that everyone is into it. There are plenty of different things that you can do to keep yourself interested in this great country!