5 Reasons to Visit Korea from a ChungDahm Alumnus

Cindy Ung is a ChungDahm Learning alumnus whom I met during our training week back in the winter of 2011. Not only have I had the privilege of being friends with Cindy, she also introduced me to Aclipse Recruiting. Originally from New York City, Cindy studied at Rutgers University where she was able to learn about teaching opportunities in Korea. Wanting to broaden her perspectives of the world, she lived and worked for ChungDahm in Seoul for two years and since leaving ChungDahm over 3 years ago, she has become a successful real estate agent in New York City. However, every year during her vacation she always opts to come back and visit Seoul for the week. When I ask her why doesn’t she go travel to another country, she always says that that Korea has become her second home. For many of us teaching in Korea, I think Korea will always have a special place in our hearts just like hers. Below are Cindy’s top 5 reasons why she continues to come back to Korea. 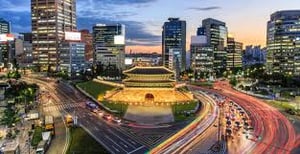 Food - Whether it be traditional Korean food, Korean bbq, or street food, every visit for Cindy is a culinary adventure. Some of her favorite foods are galbijjim (spicy beef stew) and gyeran-ppang (egg bread). For her, these are the perfect foods to eat during the cold winter months. Among some of her other favorites are Korean fried chicken, Korean BBQ, and Hottdeok (red bean bread). She is already planning her next trip to Seoul so she can eat at some of the newly designated Michelin Star Korean restaurants. 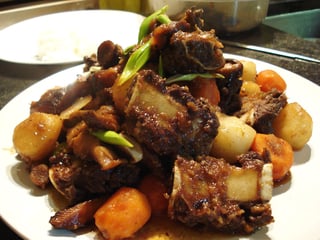 Fashion - Without a doubt New York is considered as one of the fashion meccas, but Korea has been rising within the fashion world. Many people from China and Japan come to Korea and shop the latest fashions. To get styles that are not like those found in America, Cindy brings an empty suitcase to load up on her goods. The most famous shopping areas in Seoul are Myeongdong, Gangnam, Jamsil, and Garuso-gil for retail. However, if you want to be more unique in your style, Cindy suggests to shop in Hongdae and around Ewha Woman ‘s University for good deals.  If you shop in the major retail centers of Korea, you can save your receipts and claim tax exemption when leaving the country (only if you are a visitor). At Incheon Airport, they will reimburse the taxes you spent on your shopping purchases as long as you save the receipt. 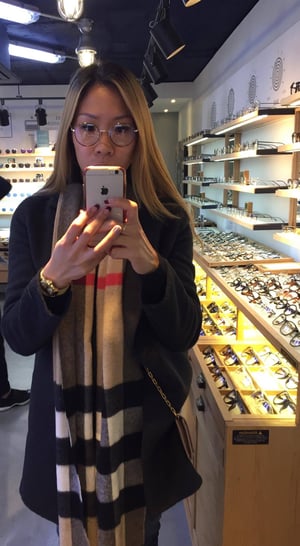 Dog Cafes - Living in New York and even in Seoul can be difficult if you want to have a dog with you. Most apartments are quite small and it’s definitely not easy for a dog to run around. Luckily, in most major districts of Seoul, you can find a dog cafe. These dog cafes have a variety of different dogs for you to play with. Playing with the dogs is free, however to enter the cafe you must order a drink before hand. Bau Hause Dog Cafe and Puppy Cafe SangSang Dabang are the more popular to go to. 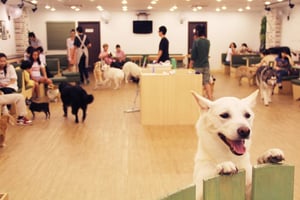 Wifi/Internet Access - Korea is well known in the tech industry for having superior wifi/internet access. In places like Myeongdong and Gangnam, you can take advantage of the Seoul’s free wifi. This allows Cindy to move around the city and still take care of business deals back at home. Korea is definitely very internet friendly.

Friends and Partying - When working with ChungDahm for so many years, you meet a lot of great teachers that still work here and if you have an outgoing personality like Cindy does, you’ll make plenty of friends in no time. You can build great friendships and build networks while living and working in Korea. For most teachers, having a few drinks or hitting the club is a great de-stresser. As for Cindy, districts like Itaewon, Apgujeong, and Hongdae are the best places to meet friends as well as other foreigners. 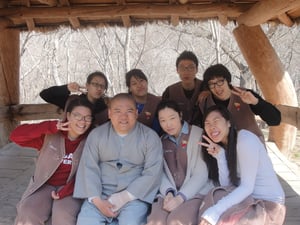 These were the top 5 reasons why Cindy always decides to come to Korea for her vacation. With all that Korea has to offer, it makes me question “why did she decide to leave in the first place?”