A Compare and Contrast with Giselle: Chungdahm Institute and Chungdahm April

Recently, I’ve become rather curious about the ways in which Chungdahm Institute (CDI) and Chungdahm April are different. While I have only worked at an April for about a year and a half. A friend of mine had worked at both a CDI and an April. Thus, together we thought up a list of the most notable differences between the two academies.

April’s lowest level class is ‘Seedbed’ in which students begin by learning their ABCs, phonics and build their vocabulary. Thus, the majority of my current ‘Seedbed’ students are first graders. Teacher and students conversations may be very limited or superficial. The older students at April are able to carry on conversations, but the majority of the students that make up my campus are at the first two levels: seedbed and seed. In contrast, CDI students' curriculum level begins where students need the ability to critically think. The students at CDI tend to be in elementary and middle school. Students at higher levels are able to carry on in depth conversations with their peers and teachers.

April training requires learning and perfecting smart board use. All the classrooms have smart boards with tools that facilitate teaching. The smart boards have interactive functions students can use, too. Teachers have all the lessons uploaded on their smart boards and each lesson has a slide that corresponds to a page in their students’ books. Students follow along reading, answering questions, and copying down the answers as shown on the smart board.

CDI training requires learning and perfecting the use of PC tablets. The teachers’ PC tablets get synced to the TVs in their classrooms for students to see and follow along. Students also have their own PC tablets that they use to answer questions and vote in their answers. No workbooks are required. 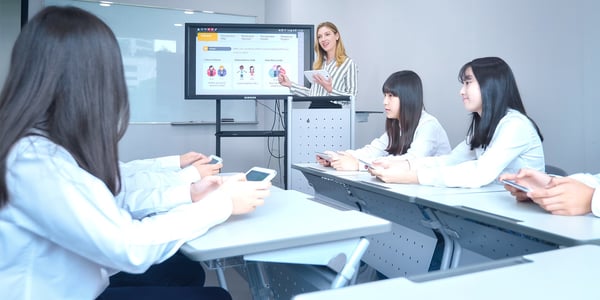 April focuses on developing students’ reading, reading comprehension, listening, speaking and writing. From students learning their ABCs to students writing three paragraph essays about what world non-profit organization they would like to join and why. On the other hand, CDI is focused on the development of test prep and critical thinking skills. While April’s highest levels do focus on test prep and critical thinking as well, the approach and strategy for developing these skills differ. 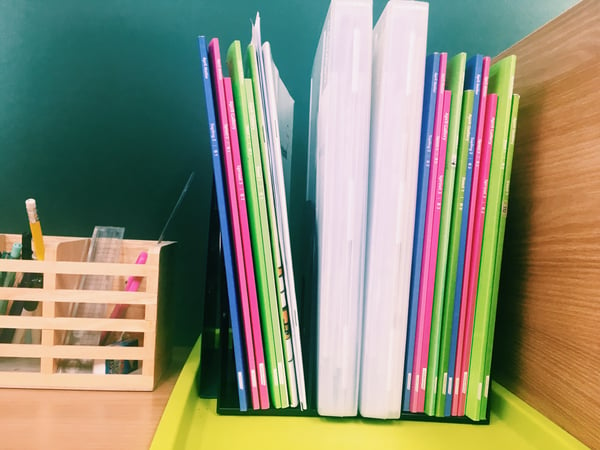 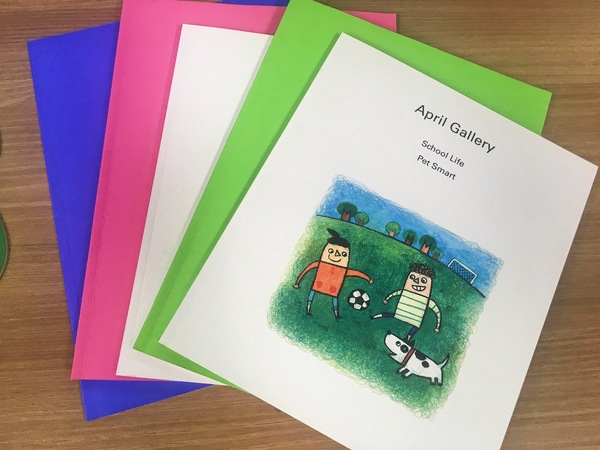 At April Creative Thinking Projects (CTP) depends on the level, but varies from musicals for the lowest level to group/individual scripts made for a topic. The musicals are simply students learning a new song each week to perform. The second level called ‘Seed’ have students practice and perform group plays. Then, at Sprout level, the students learn how to create their own scripts for plays to perform. The highest level at April is Junior Master and they perform debates. They prepare pros and cons to debate on a given topic. The following is a link to the site April teachers upload their favorite CTP performances: http://ccafe.chungdahm.com.

At Chungdahm Institute, students use their tablets to prepare 1-2 minute long presentations on given topics. Some examples of these projects are drawing posters, drawing their own cities and designing shopping malls.