A Guide to the Nightlife in Seoul

Now that it's officially summer in Korea, i've been enjoying going out late pretty much every weekend. It's no secret that I love to party, and have embraced a big part of Korean culture- drinking. South Korea consistently tops the charts for the highest consumption of alcohol per person in the world. This undoubtedly has a lot to do with my old friend, Mr. Soju. I kid you not, the nightlife here is extremely wild, and a lot of fun. I've been amazed at how hard Korean's party, after they work crazy long days. It's not uncommon to be leaving the bar to take the first subway home around 6AM! I love how diverse the different areas of Seoul are, and how the different districts offer completely different nightlife experiences. What's even better is they are also fairly easy to access from one another. After 7 months of teaching in Korea, I'm hoping to give you some insight into the nightlife in Seoul by telling you about my favorite spots to go out and party. 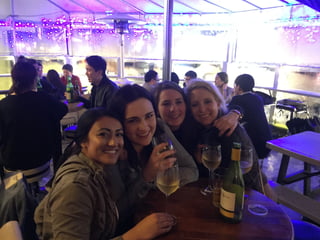 Itaweon is the foreigner district of Seoul which is conveniently centrally located. There's a U.S Army base nearby, and the area is frequented by expats from all over the world. Itaewon hosts a plethora of Western style bars as well as cheap clubs, however I particularly like the International food scene. It's a great place to go and grab some fuel before heading out for a long night. Itaweon is nice because it's much easier to chat with others, particularly Koreans that speak English. A few of my favorite places for food have been The Flying Pan- for a traditional Western breakfast/brunch, Canucks- a Canadian bar that has poutine/Caesars, and Southside Parlor- which offers Texan food and all the classic cocktails. For drinks I really enjoy a small bar called The Bungalow, which is a 3 story bar with a tropical vibe. They offer amazing cocktails in coconuts, as well as hammock seating in a sand pit, with a DJ on the weekends. Sam Ryans is also a well known expat bar located along the strip behind the Hamilton Hotel which reminds me of bars back home.

Hongdae is easily my favorite place to go out to and party in Seoul. It is located on the Western side of central Seoul, and is known for being a "hipster" area, jam packed (and I mean crammed) full of young people. Hongdae is full of trendy restaurants, bars, clubs, cafes, and street food. Which is exactly what one needs before/during/after a night out. Most weekends I go out, I usually wind up in Hongdae, and thankfully it is located a very short subway ride away (or $8 carbide) from where I live. Hongdae stays alive till the morning time, with clubs pumping until 9AM. 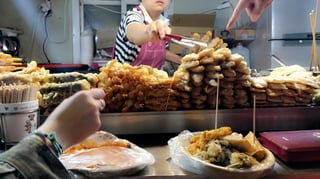 One of the best parts of Hongdae is the Hongdae Playground. The playground is a children's play park turned meeting area/hangout spot filled with young people just hanging out and drinking, while listening to musicians perform throughout the park. It's an ideal place to start off an evening out, and it is incredibly easy place to make friends. A few weekends ago while hanging out in the park, a friend and I purchased some Makgeolli (a fizzy, sweet Korean rice wine), from a local vendor. It was so delicious, we'll definitely be having some more. Pregaming in the park is made simple thanks to the nearby convenience stores where one can stock up on soju/beer, and then head over to meet up with friends. If you are going out on a budget, Hongdae is a great place to be, as drinking is as cheap as $1.50 for a bottle of soju, and the park provides plenty of entertainment (quite often via some intense rap battles). 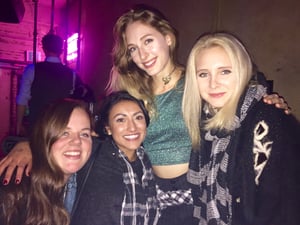 Hongdae has a neat underground hip hop and indie scene, and has some really cool "hole in the wall" kind of bars. There are hidden gems throughout the area, which are fun to explore and find on the weekends. Some popular places to drink in Hongdae are Thursday Party- the infamous foreigner bar known for their sickly toxic Long Island Iced Tea's. Joon's bar  is a smaller bar/club close to the park, that is usually packed (to the actual rafters), with people looking to have a good time and get their dance on. Mike's Cabin offers the usual cocktail culprits as well as a signature drink that combines six different types of alcohol! Thankfully, I've never given it a try. I suggest Mike's Cabin as a good place to end your night out in Hongdae! 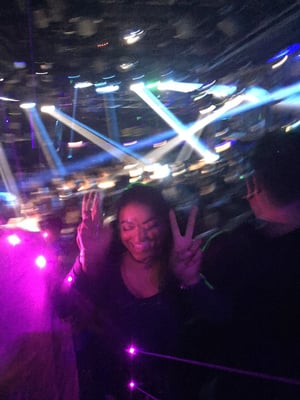 No Korean nightlife blog would be right without mention of Gangnam. Thanks to PSY the party scene in Gangnam is known world wide, and it's no joke. The club scene in Gangnam is where you will find the swankiest of Seoulites out on the weekend. I find Gangnam to be hip, exclusive, and dazzling with its multi-level clubs and beautiful surgically modified patrons.   Most of the music in the mega clubs is EDM, and they have big name DJ's that work every weekend. Apgujeong is a nightlife hub located next to Gangnam, where you will find Seoul's major clubs scene- it provides a stark contrast to the chill atmosphere in Hongdae. *Warning* Gangnam is extremely pricey, hence why I've only been out there a handful of times. Cover starts around $20, and drinks will run you about $10 for the basics. Regardless, Gangnam nights are definitely worth experiencing. 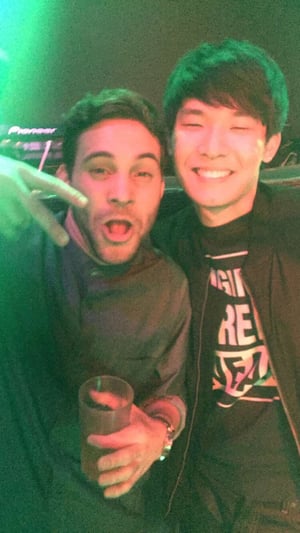 Club Mass is open every day of the year. It is two levels, and is one of the most popular clubs in the area. It boasts a variety of world class DJ's, and has a massive dance floor. I like the mix of Korean/English songs as well as the stage and layout of the building. It is packed full of young Seoulites looking to dance and have a good time. Octagon is hands down the biggest and best known mega club in Korea, and quite possibly in Asia. Octagon is crazy crowded, with a gigantic stage and balcony overlooking the dance floor and DJ stage, which is ginormous and has international DJ's coming through every weekend. If you have one night to go out in Seoul and aren't balling on a budget, Octagon is a can't miss. Between the lights, the posh crowd, and the music it's an extravaganza.

Partying in Korea has without doubt been a super fun experience. The places to explore are endless, and one gets to experience how youthful Seoul really feels. It's a great way to meet new people- expats and Koreans alike, and connect to Korean culture... When In Korea, right? Have fun, stay safe, 건배 (Cheers!)

Tags: nights out in Korea, Nightlife in Korea