Advice for an English Teacher Living in Korea: Part Two

Last week, I attempted to begin to tackle a rather large topic: advice for an English Teacher living in Korea. I've based this series of entries off of the emails I've exchanged with applicants and incoming teachers, looking at the most common concerns and questions. Part one focused on packing for your move and the answers to money-related questions, which are definitely the most popular topics. Part two is a bit more varied, covering all the remaining leading issues, and hopefully giving you some reassurance about your move to Korea. 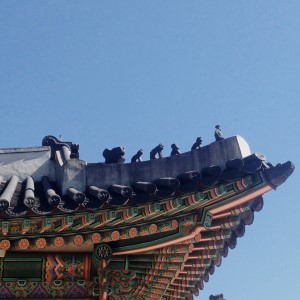 You're moving abroad, which means you probably would love to get in some traveling while you're here, right? At the very least, you'll want to bounce around the Korean peninsula, and if you've got the time and money, you should absolutely hit up some nearby countries. A while ago, I tried to put together an exhaustive, but by no means definitive, list of travel information and links for everyone to use. As the blog's title suggests, it's very possible to travel all around and still maintain a frugal budget. Your vacation time is precious, so do your research and plan as far in advance as you can. There are so many great spots within Korea and in the many surrounding countries, so start planning!

In addition to that entry, check out these helpful entries about using the transportation within Korea, which is one of the most efficient systems I've encountered.

I am a big supporter of having a smartphone while you're in Korea (or the equivalent smart tech, such as an iPod or tablet of some sort). The accessibility of information while exploring Korea was invaluable. Wifi is practically everywhere, so making pitstops to connect and find directions or information is easy.

If you do go the smartphone route, here's a blog about the apps I found to be the most useful during my time in Korea.

If you're still wondering about your phone options in general, talk with your branch once you arrive in Korea, and in the meantime, browse through these previous Aclipse blog entries.

Safety in Korea is, understandably, a big concern, just as it would be in any new place. I threw in my two cents on the topic a while back, so click here for that entry. Bottom line is: Korea is super safe, you don't need to worry about it.

Grocery shopping in Korea is a bit of an adventure when you first arrive. It can definitely be overwhelming, but you should just embrace the confusion and let yourself spend hours wandering up and down each aisle. For a breakdown of your grocery options, check out this entry. While the imported food sections of the Korean grocery stores have vastly improved over the past few years, there are still some things that you may need to head to Costco to pick up. Personally, I recommend a combination of all the stores for a well-stocked kitchen.

When I moved to Korea, I didn't have a clear mental picture of what a typical neighborhood would be. As I've talked to other teachers in Korea and people back in the States, I've found that this is pretty common. To help give an overview of what you can probably expect when you arrive in Korea, here's a glimpse into my old neighborhood in Incheon.

Obviously, there are so many more topics and pieces of advice for an English teacher moving to Korea, but hopefully this entry has given you some useful information for your move to Korea!