The last field trip I chaperoned was to the Lotte World Aquarium. It was my first time visiting an aquarium in South Korea. I was just as or more excited than the students. Unlike other field trips that only have attractions for kids, a museum is enjoyable for people of all ages.

As the name suggests, this museum is located at the same location as the Lotte World Adventures amusement park. Thus, it is in Jamsil Songpa, Seoul. The exact address is as follows: 300, Olympic-ro, Songpa-gu, Seoul, Korea.  Their operation hours are great, because it is open everyday of the week from 10AM to 10PM. The entrance fees are 31,000 won for adults and 27,000 won for children. 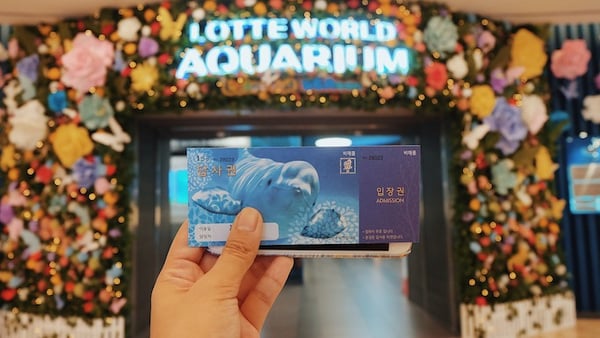 The aquarium is decently sized. After all, it houses Korea’s largest 25-meter-wide inhabitation water tank.There are 650 species to enjoy and a total of about 55,000 marine friends. Also, the aquarium offers the largest total educational programs in Korea - 14 programs in total. My students participated in three educational activities on our visit. They watched a sea lion show in which they learned about the California sea lion and enjoyed an entertaining sea lion performance. They decorated eco-friendly bags that had belugas on them. Also, they made colorful slime to resemble the ocean. 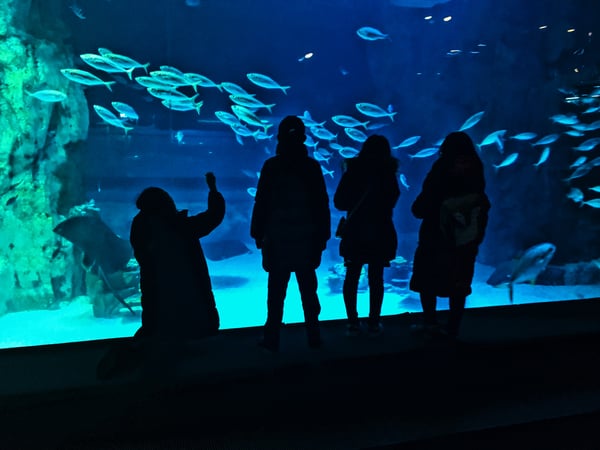 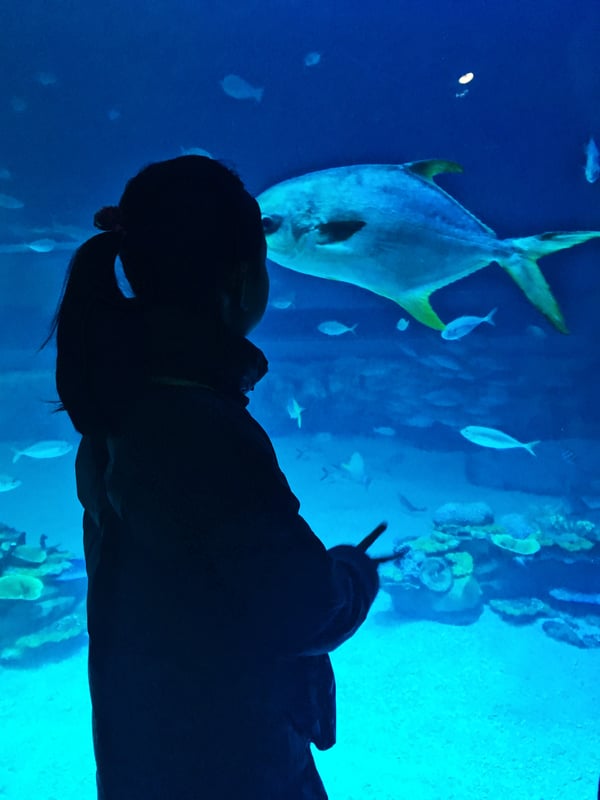 There are 9 star species this aquarium is very proud to house: Beluga, California Sea Lion, Harbor Sea Lion, Humboldt Penguin, Pirarucu, Piranha, Cownose Ray, Green Turtle, and Sardine. My students favorite species was definitely the beluga. My personal favorite was the Cownose Ray. Still, we all agreed we enjoyed feeding the fish the most. Around the aquarium there are feeding areas, where once can buy some fish food to feed the fish in some of the tanks. These tanks have a variety of smaller fishes. There was a lot more we wish we had time to do. I’ll have to go back on my own time some day soon. 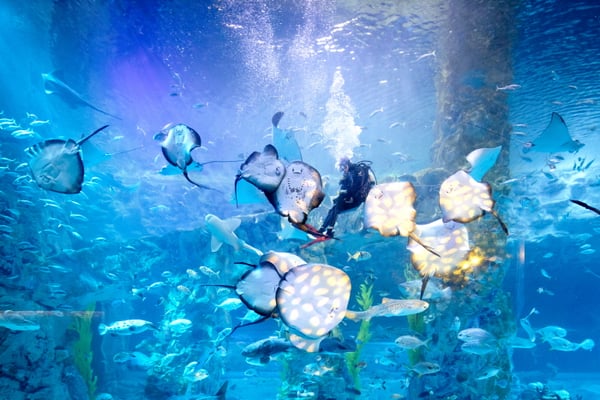 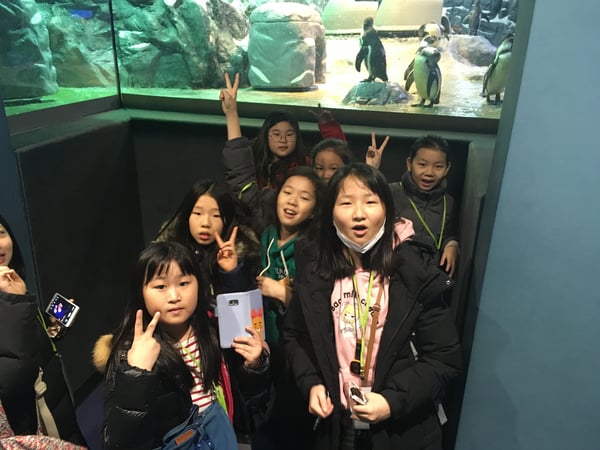