Arriving in Korea During the COVID-19 Pandemic

Going to a new country can be intimidating. There’re so many things to prepare before departure, and the added pandemic made things even more difficult. High death tolls back in the States, flights being cancelled, supplies difficult to come by. I was very stressed before coming to Korea. I was wondering if I would still be able to make it considering all that was going on in the world. I hope this article will answer some questions about what it was like arriving in Korea. The honest answer is it was perfectly fine.

The day I arrived at the airport, I was turned around, my visa was rejected. Imagine already having everything packed and ready to go, it’s 3AM, and being ready for the long travel time, only to arrive and be turned around. I was so worried I wouldn’t be able to get another flight. I had spent the entire day calling consulates, airlines, and my recruiter trying to straighten out the mess with my visa. At the last minute, that evening, I talked to my airline and found out there was an error in translation, and my visa type was exempt from the latest restrictions on travel. So, no worries E-2 visa holders are good!

After straightening out the issue with the airline, I was able to get a ticket for the same time the next morning, April 14th. This flight I made and then I was on my way to Korea. I was still worried about what it would be like arriving during a pandemic. While on the flight I was given an immigration form, a Korean address form, and two health check forms. It was a little intimidating at first, but I filled everything out as soon as I received the forms, which eased my mind. I was thankful at that time that Chungdahm staff told me to print my address out in Korean, because I needed it on several occasions. 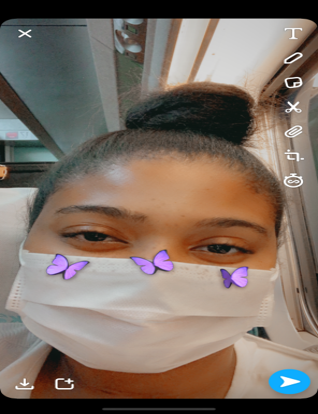 Once my flight landed on April 15th, it was time to turn all my paperwork in. I was directed to a line where I turned in my first health check form and my temperature was taken. After that I had to make sure I  downloaded the health check app. I suggest taking a scan of the QR code for the app while in line to turn the first form in. The app I was told to download back in the States and when I arrived in Korea was different. So, download the correct app while in line. 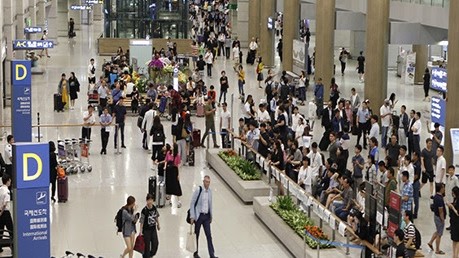 Next, I had to turn in another health form to a member of the Korean army. Here they called someone from my Chungdahm branch to make sure I was going to self-isolate at the address I listed. After that, I was directed through immigration where I had to sign some more paperwork asking about how long I was staying and other basic information. Then, I had to get my luggage to go through customs.

After customs I had to tell officials which city I was going to. My Korean is very minimal, as in I can only read it, but the officials were nice and took their time to understand where I was going. I was directed to a shuttle that took me to Gwangmyong Station, where I paid for my KTX ticket to Ulsan and for the shuttle to get to the station. There were special train cars for international arrivals, so none of us encountered non-travelers. 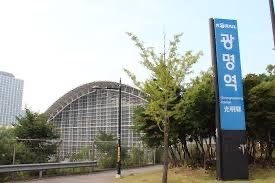 Once I arrived in Ulsan, I was directed to another health check tent where I was tested for Covid. They checked my address again and sent me to a bus that took me to my home. While there were many different checkpoints along the way, the entire process was filled by nice and caring officials, who helped me along the whole way! After travelling for so long, it was nice to encounter a smooth process of entering the country. I didn’t even realize how tired I was until I walked into my apartment. Again, it can be uncertain how pre-departure will go, but I know that arriving in Korea was smooth and I encountered no problems!

Brandi Tillison is from Charlotte, North Carolina. She attended UNC Charlotte where she got her BA in Biology. She went on to teach literacy skills with Americorps. After working for Americorp, Brandi developed a passion for teaching and decided to teach English abroad. Brandi has been interested in Korean culture for over 10 years now, and finally decided to go to Korea and teach English. She now teaches at Chungdahm Institute in Ulsan, South Korea.

Tags: teaching in Korea, things to do in Korea, applying to teach English, teaching at Chungdahm, growing with Chungdahm, pandemic, COVID-19