Bring on 2016! Top 3 Achievable Goals While Teaching in Korea

With 2015  having just ended, and the new year has just begun, it's that time of year when people start reflecting on the past year and figuring out what improvements they can make in the New Year. For us ESL teachers, our lives teaching abroad do not always have to depend on the present moment, and we too can make some New Year resolution goals that can set us on an even better course that feels progressive and inspiring. Here are 3 goals that I believe are acheivable for all while teaching in Korea in the New Year. 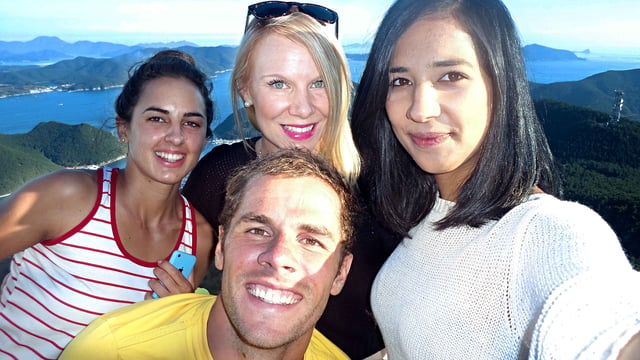 
People are under the impression that when you live abroad your life is filled with plenty adventures and constant traveling. This is not entirely untrue, but just like home, an ESL teacher has to work long hours and make a living. Life can become busy and tiring, and this can cause English teachers to stay in on the weekends. Also, often ESL teachers that live in the city get trapped there. For example, it is more common for countryside teachers to explore Korea more regularly, than city teachers -  as there are so many thing to do on the weekends in cities like Seoul and Busan. 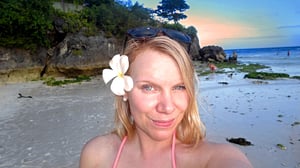 The first New Year goal is to travel Korea more often and to be active in finding cultural activities and events. Korea is a country that prides itself in its culture, so there are regular events nationwide that are hosted by different cities, promoting Korean traditions. These could include the Nonsan Strawberry Festival, the Jihae Cherry Blossom Festival, the Busan International Film Festival, and the Seoul Fireworks Festival.

There are also plenty of famous cities and towns to explore, where you can enjoy more deeply rooted Korean culture and food. You could explore the traditional Hanbok Village in Jeonju, or venture out to the little islets of Tongyeong. You could visit the highest peak on Mount Sorak or cross the DMZ border and see a bit of North Korea from Panmunjeon. Other interesting cities and places include Buyo, Imja-do, Jeju-do and Yeoisu. 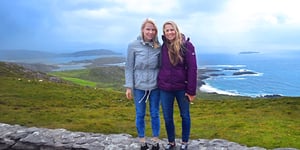 It is easy to spend your first year abroad blowing all your money on adventures and parties, however, it is possible to still enjoy all of the things you love, while still saving money. Korea is a great place to save money and it could be the perfect environment to be able to do this. When you go back home, you might regret not using some of your Korean years putting some money aside. It is really easy to save money in Korea and you will feel good to see your bank balance reach the million digits because, of the nature of the Korean Won. As a result the second New Year goal should be to save more.

There are plenty of ways to cut down on spending such as enjoying free cultural events and eating local food. There are plenty of things we buy in Korea while we are teaching here, that we simply don't need. Best tip: think before you buy! Most new teachers to Korea forget that teaching abroad is usually not permanent, and that most the things you buy will get left-behind or thrown away. So it is good to remember this, before you buy unnecessary commodities.

Another thing that you could do that would get you motivated, is draw up a money thermometer. My boyfriend and I decided to do this in 2015 and we stuck it on the wall. Every month we aim for a savings goal and then try to reach it. It feels good to draw a little more red into our thermometer at the end of every month. So far it has been an attainable goal that felt great, that we will continue it in 2016. 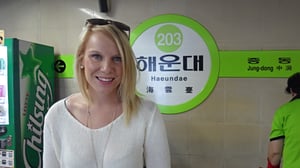 If you live in the Korean countryside then you will probably not need any motivation to study Korean, as speaking the language is much needed in local areas. However, if you live in Seoul or any other big Korean city, you may be able to get by with English speaking colleagues and English cultured city-folk. 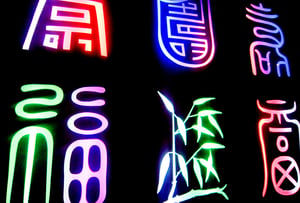 The third New Year goal is to learn Korean or improve your speaking skills. Korean is not widely spoken in the world, so many foreigners think that learning the language is not beneficial. However, this makes the language not only unique but deeply historical and rich. Korean is one of the more proficiently sounding languages in the world that follows the exact tones and sounds while speaking.

Also, reading and writing Korean, will stimulate your brain in new and different ways. If you are used to reading a Western-styled alphabet, the Korean alphabet will awaken your brain by using a more scientific approach. You have to think in Korean while using a whole new alphabet of symbol instead of words. You also read in blocks and not words.

There are also advantages for foreigners who study Korean, such as being hired by big Korean companies post-teaching and having academic research published. Also, if you are in the entertainment industry, Korea is one of the fastest growing media industries. You could be aired in advertisements or appear as a anchor on the news! Modelling, writing scripts and editing English radio shows are also popular.

So, bring on 2016 with new goals and achievable resolutions! Reach your full potential while teaching English in Korea! Keep on being inspired and creating opportunities. Happy New Year, from all of us at Aclipse!