Just like in America, bowling is a popular sport here in Korea. Within a mile radius of my home, I have about 4-5 bowling alleys nearby that are usually packed during the night time. Luckily for us teaching in Korea, Chungdahm’s Event Planning Team was able to reserve an entire alley (20 bowling lanes) for our company so we could have Chungdahm’s Second Annual Bowl-O-Rama! 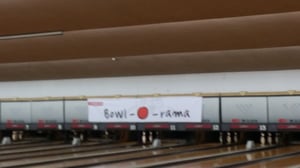 Background of the Event:

Teams from all over the Seoul area came to the Gangdong District (minutes away from Olympic Park and Lotte World Mall). We gathered there on a Sunday afternoon to see who would be the best bowling team in all of ChungDahm. I’d like to say all of us are amateurs, but after seeing some team scores, I think we got some professionals here. Either way, everyone brought out their competitive spirit to represent their branch in this tournament.


Chungdahm throws a lot of events so teachers can forget about teaching and just have some fun. This is a great way to meet friends and reunite with others. I have made a number of friends thru the events that we have and I am very thankful for it. 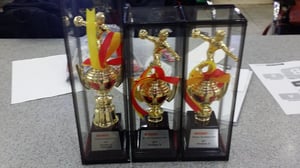 There were a total of 20 teams consisting of 5 players each battling out for 1 of 6 trophies. For the price of the entree fee, we were served over 40 pizzas from Papa John’s. The one big difference is that here in Korea, there is no traditional bowling food served at the site. Although I was thankful for the pizza, I will admit I really miss bowling and eating chicken fingers back at home. 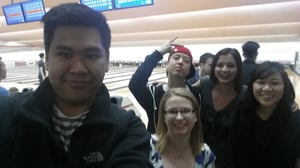 Our mixed branch team from all over Seoul

What was awesome about this style of tournament was that everyone got to play at least 3 games. After combining each team's total scores, the top scores were put into the Division A bracket while the bottom 10 were put into the Division B bracket. The top 3 winners of each bracket had the opportunity to win cash prizes as well as a trophy. Because we were all aware of this, there was a bit of strategy on how to win in this tournament. The top 5 teams from each bracket would play and ultimately the winner was decided from the final round of points. After some strategic planning, my team landed in the B bracket thinking that we may be able to go into the final round. But after the 2nd round, many of us had no more energy or power to keep going. But these six teams(listed below) had enough to get into the finals and take home the trophy. Congrats to all of them!! 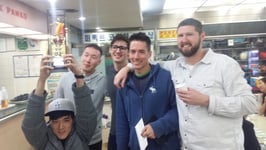 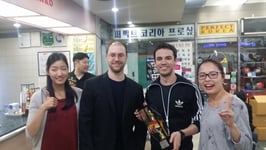 After cheering for our friends and our favorite teams to win, Chungdahm held its raffle drawing. This year’s prizes included gloves that hold our tablets, gift cards to VIPS restaurants and Starbucks, and the ultimate prize - a Samsung Smartwatch. After a year of going to Chungdahm events, I finally won a prize! It was the tablet glove which proved to be a necessity for me because my little students like to jump on me while I hold my tablet. 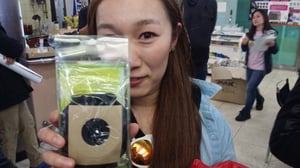 Thanks again to the Chungdahm Event Planning team. You guys are awesome at what you do and I can’t wait to be a part of the next event!

Tags: bowling, events in Korea, hanging out with friends in korea, friends, teaching at Chungdahm, chungdahm