Cost of Living in Busan

In Korea, I feel like I'm able to live and afford a better lifestyle than I had back home (in the U.S.) because the cost of living is very cheap here! In this article I'll break down some of the biggest costs and the price difference between Korea and the U.S. I've lived in Busan for over a year, so some of this information might not be accurate for other locations - for example I've heard Seoul is a little bit more expensive.

First off, rent in Korea is quite cheap and if you have a housing contract you don't have to worry about it at all. If you have a non-housing contract, for $400 a month you can afford a nice apartment in a great area of town - even close to a beach if you'd like that! Compared to rent back home Korea is very affordable. Utilities in Korea are also quite cheap, usually less than $50 a month!

Public transportation in Busan is great, well designed, and incredibly cheap. It costs around a dollar (U.S.) to ride the bus or the subway. Taxis are also very cheap, much cheaper than taxis/uber/ride sharing back home. Kakao Taxi is a great app to get - sometimes it's cheaper to take a cab with 3 other people than to take public transit!

Food in Korea is a little bit harder to explain. Eating out can be extremely cheap! If you like Korean food you can eat for as little as $4-5 a meal, for other kinds of foods it's a bit more but still much cheaper than restaurants back home! I go to brunch almost every weekend and usually spend $10-15 on my meal. Coffee is also very cheap in Korea! My daily Americano before work is only $1.50!

As far as grocery shopping goes, if you like cooking at home, that can be a little bit more expensive in Korea. It can be hard to find foods that are common and cheap in America and I've spent a lot of money trying to recreate Western meals. If you love cooking I'd recommend looking up some cooking in Korea blogs! Also most apartments in Korea don't have ovens so that's something to keep in mind. 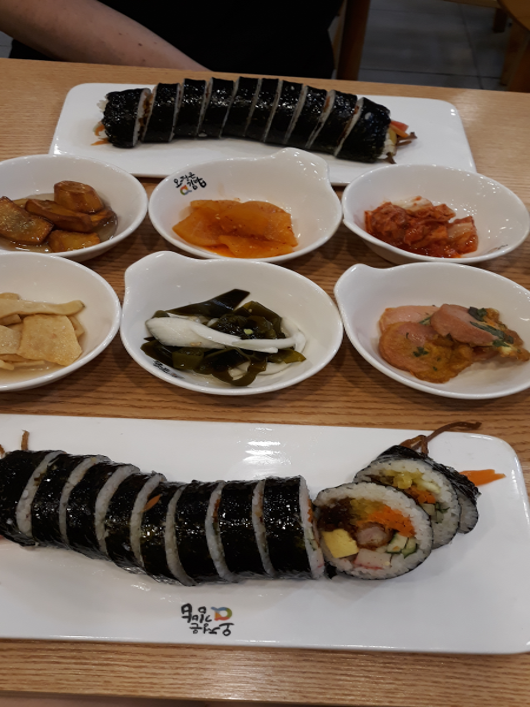 As far as "entertainment" that really can vary person to person. I love hiking (which is free), shopping (there's lots of affordable shopping in Korea!), and travelling with friends. Travelling inside Korea is very cheap and easy to do! If you like going to the movies, that's about the same price as back home. In Busan, when it's warm it's really nice to go to the beach which is also cheap! If you like sports I'd recommend going to a baseball game in Korea - the crowds are great, the tickets are affordable, and baseball games here are BYOB and food! 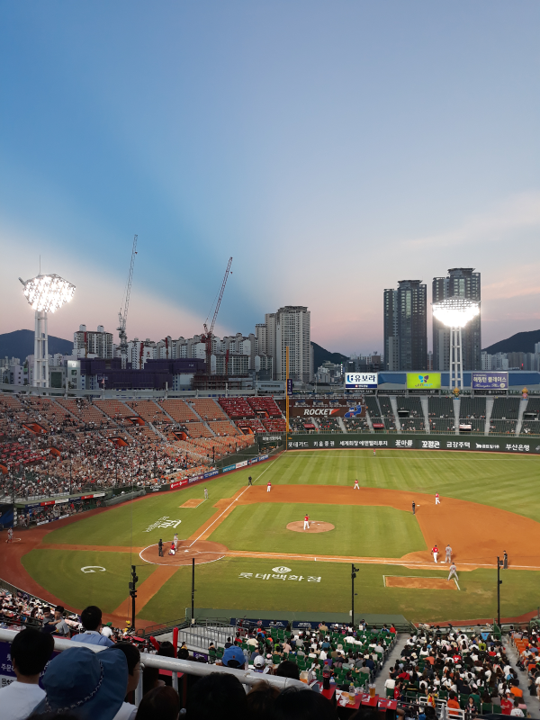 One of my favorite things to do in Busan is going to Spaland (a jimjilbong). It's a great way to relax and unwind in saunas, massage chairs, and baths. Spaland is also very affordable! For 4 hours it's around $15 - well worth the money!

As far as phones/data goes that's really up to you. I bought a pay-as-you-go plan (for $45 a month, unlimited data) for awhile, but lately I've just used Wi-Fi everywhere I go. Wi-Fi is available in buses, subways, and most public places you go in Korea so it's very easy to live without a phone plan! I've known people that have lived in Korea for a year and only used Wi-Fi while here!

Overall, living on a teachers salary in Korea you can afford a very comfortable life! You can eat out, enjoy living in a city, and travel. You can also save quite a bit of money if that is one of your goals. I was able to put half my paycheck into savings each month and still travelled, ate out, and went out with friends constantly! 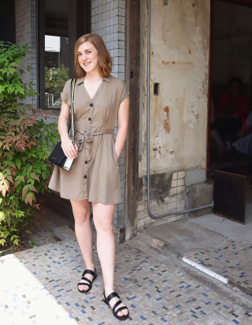 Monica Russo graduated from Texas A&M University with a Bachelors in Psychology and is from St. Louis, Missouri. After spending a couple years in social work she decided to move abroad to learn more about other cultures and to challenge herself to live outside her comfort zone. Moving abroad hasn’t always been easy, but it has always been worth it and Monica loves living in Busan, South Korea. She loves new experiences, hiking, exploring other cities and helping others any way that she can. Her philosophy with her students is work hard, play hard!