As Christmas approaches, since I do not have my family here to celebrate, I compensate by just becoming even more of a disgusting glutton than normal. In South Korea, food is my family during the holiday season. Yes, that is an incredibly depressing picture, and if you have images of me sitting in the corner of my dimly lit apartment shoveling in food and listening to Josh Groban’s Christmas album, your imagination is not too far off the mark. Anyway, 'tis the season to overeat, and what better way to begin that quest for the food coma than with a trip to Costco!

For ex-pats living in South Korea nostalgic for some of their familiar epicurean delights of their homelands, Costco is a gift from the culinary gods. Ironically, I never once stepped into a Costco back in the States, but here I typically make a pilgrimage to this foodie holy land once or twice a month. The main attraction of Costco, for me at least, is the allure of certain foods that are either too expensive at traditional Korean supermarkets, or are missing entirely. I am a simple man of simple tastes, so my shopping list at Costco is not particularly lengthy, but it certainly includes things that I would consider bare essentials (you may disagree with me on that last point after hearing what I deem essential). 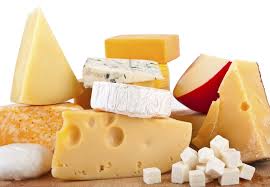 One of the selling points of Costco is saving money by buying in bulk, but as a man living alone, I need to step back and really think about the necessity of buying certain items in mass quantities. Sorry Costco, but I cannot imagine myself using a 5 gallon tub of soy sauce, or a metric ton of butter. But one item I always purchase there is the bag of frozen chicken breasts, individually packaged which makes it incredibly convenient. The bag contains nearly 7 pounds of chicken, and typically is priced around 27,000 won, which I would say is a pretty damn good investment. Since no one likes bland chicken, I also buy many of my seasonings from Costco, including a massive container of Cajun spice that I essentially dump on every meal I concoct.

Now one food area where Korea is sorely lacking is the cheese department. Sure, Home Plus does its best but generally it is overpriced, so luckily Costco is there to fill that deliciously melty void. The cheese section itself might be a bit difficult to navigate, mainly because of the swarms of Korean shoppers jostling for position in order to secure the coveted free samples of cheese.  Once you finally do elbow your way through the hordes, you are spoiled with a wide variety of hard and soft cheeses. I typically go for the pepper jack and gorgonzola, and have often also splurged on the packages of Italian deli nearby. The parmesan cheese is also infinitely cheaper at Costco, so I usually pick up a two-pack of that if my supplies are dwindling. 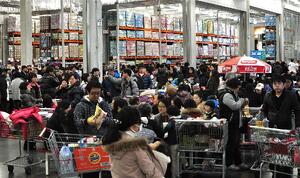 I will issue one word of caution to all those who dare to enter Costco on a weekend. Since Costco is closed two Sundays every month, that means Koreans have less weekend time to get their fix, so it is a safe bet that the place will be packed constantly on Saturday and Sunday. I made the fatal error of going this weekend to pick up some wine and cheese, and I will just say I was a pro at waiting in lines by the time I was done.