The Lunar New Year holiday (Seollal) is one of the two major holidays that most ChungDahm teachers will be able to take off. Because of that, most teachers will try to vacation outside of the country. Last year, while I was on my Lunar New Year break, I met up with my parents and we went to two popular destination in Asia - Hong Kong and Macau.


Flying into Hong Kong from Incheon Airport is less than a 4 hour plane ride. If you haven’t been to Hong Kong, navigating the city is super easy. There are a lot more English speakers there because Hong Kong was part of the English colony and because it is a financial hubspot for Asia. Since we went on the Lunar New Year, there were many celebrations to bring in the year of the Horse. 2015 will be the year of the Goat. Besides the celebrations, there are a number of places that you should go and visit.

Since I love seeing the skyline of an entire city, the best place to do this is at Victoria Peak. Since taxi rides can get a bit expensive, we decided to take the bus up to the peak. We were not disappointed at all. There were many families and couples up there who were taking pictures and dining inside the plaza (The Peak Hong Kong). On the suggestion of our hotel clerks, they said to go during sunset. That was some great advice because now I have some great pictures and memories of spending time with my parents there. Afterwards, we decided to do some shopping. Temple Street Night Market runs a few city blocks and is the largest night market in Hong Kong (near Jordan subway station). We haggled over prices for souvenirs, clothes, and even on food. I found some of the best seafood inside this night market. 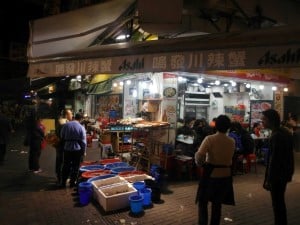 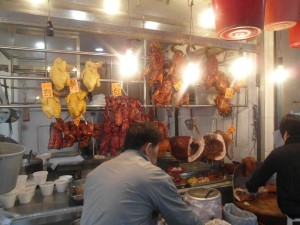 After spending all day in the city, I decided to go on my own excursion away from downtown Hong Kong. Lantau Island, is extremely close to the airport and to Disneyland, but it is most famous for Tian Tan Buddha. This Buddha is one of the largest Buddhas in existence at over 34 meters tall. There were two ways to get there, via bus and air gondola. I had to face my claustrophobia when I decided to take the air gondola with the glass flooring. The lines for this attraction can get very long and you do share it with other families. My suggestion is to try not to line up with hyperactive kids who want to rock the air gondola mid-flight. Two brothers were picking on their other brother and I had to witness all of it as we traveled over sea and mountains to get to the Buddha. Upon arriving after what seemed to be an eternity we rushed out of the air gondola into a monastery/tourist attraction. I was a little bit shocked to see that this Buddhist monastery had gift shops and restaurants. After climbing all the steps to get to the top of Tian Tan Buddha, I needed that restaurant to recharge me up for the way down the mountain. 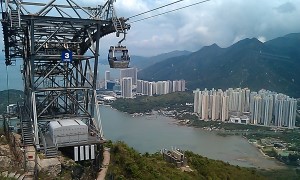 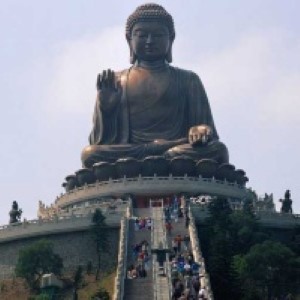 After getting back to the hotel, I took my parents to the one place I wanted to eat at in all of Hong Kong - Tim Ho Wan. Tim Ho Wan is famous because it is probably one of the cheapest Michelin star certified restaurants in the world. Here, we gorged on dim sum. We had all different kinds of dumplings (mandus), sticky rice, and noodle dishes. To feed all 3 of us it cost less than $60 HKD. That is a bargain! If you are a fan of the dim sum experience and find yourself in Hong Kong, Tim Ho Wan is a must. 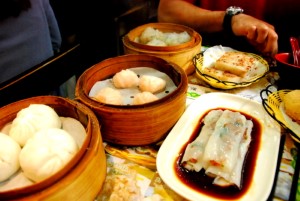 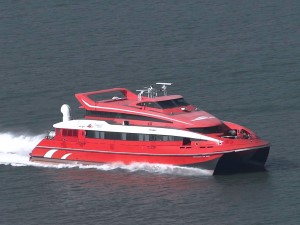 The following day, we had to get ready to take the turbojet (hyper boat)  45 minutes to Asia’s Las Vegas’, the city of Macau. Wait until next week to see what adventures await in Macau.

Tags: what to do on the weekend, Lunar New Year, Hong Kong, travel