Continue walking straight for about 3 minutes towards the ticket office, which is just east of Heungnyemun Gate. Tickets for adults are very inexpensive at 3,000 won or about $3.00 CAD. You will give your ticket to the ticket collector once you enter through Heungnyemun Gate.

Quick Tip: If you want to avoid the big crowds and lineups, consider going on a weekday morning especially during December closer to Christmas. There will hardly be anyone there.

For most of the five century reign of Joseon Dynasty, the royal guards performed the given task by guarding the Gwanghwamun Gate. The reenactment of the original ceremony and this rare traditional event began in 1996 and is an experience and sight to behold.

The guards’ uniform, swords, and strict ceremonial demeanor are impressive to witness and there will be plenty of opportunity to take photos and videos during the 20 minute spectacle. The loud beating of the drum during parts of the ceremony startled and scared many people, so be prepared.

Quick Tip: The reenactment ceremony begins at 10:00 am and 2:00 pm each day except Tuesday. Arrive a little earlier around 9:30 am as they began at 9:50 am and a large crowd is present especially on weekends. 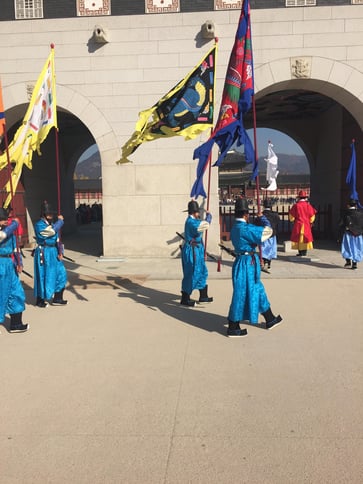 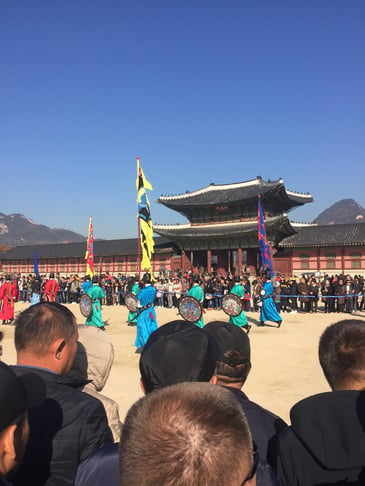 Geunjeongjeon was the throne hall of Gyeongbokgung in which each Joseon ruler and his government were expected to handle state affairs in a diligent manner. Geunjeong means “diligent governance.”

Nobody is allowed to step inside the hall, however, you can take pictures and videos atop a platform from the front, east, and west of this impressive structure as you will notice the main throne and accompanying artwork. 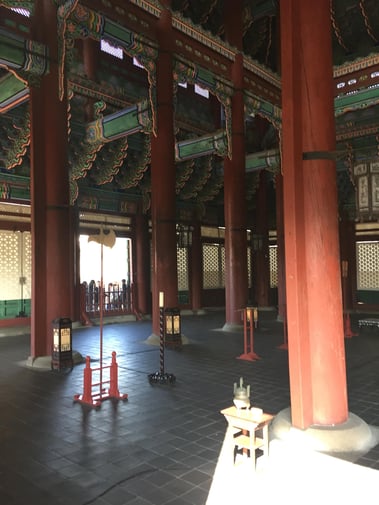 Another sightly piece of Korean architecture is Gyeonghoeru which was used as a venue for various state events such as royal banquets, receptions of foreign envoys, final state examinations and seasonal religious rituals.

The gorgeous pond was constructed in 1412 and you will have the pleasure of seeing many willow trees and lotus plants scattered and surrounding the pavilion. 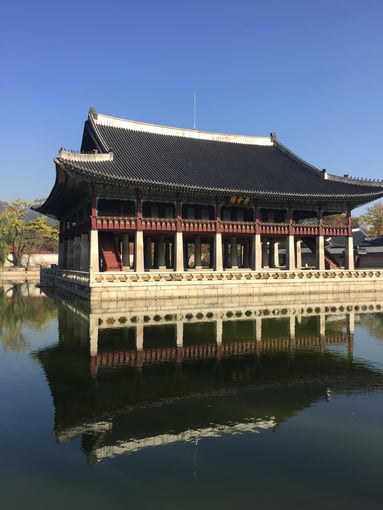 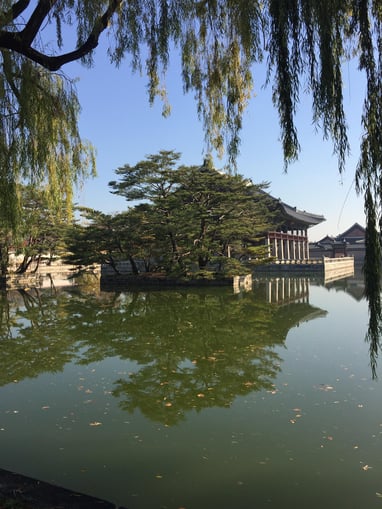 Walking through the palace, you will notice these signs providing directions and historical information about various sites. 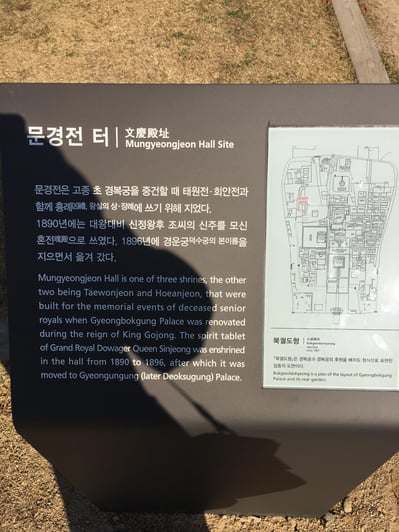 Enlighten and Enhance your Experience

Many visitors come to Gyeongbokgung wearing a hanbok, formal or traditional Korean dress, and take pictures and videos within the premises. You can also take pictures with the royal guards and no that is not a statue, but a real human.

Quick Tip: You can come prepared by renting an all day hanbok from one of the hanbok rental shops near the palace for about 30,000 - 50,000 won. 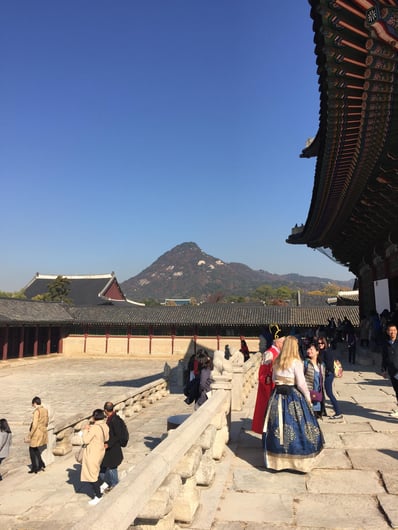 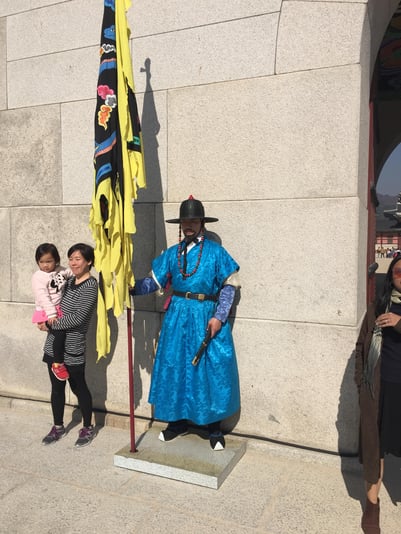 While you are enjoying Gyeongbokgung Palace as a Chungdahm teacher, it is worthwhile to also visit the National Palace Museum of Korea located just outside Gyeongbokgung station and west of Gwanghwamun Gate.

Currently, there is a special exhibition featuring “Sejo: The King Who Rebuilt the State”, running from October 22, 2018 to January 13, 2019. Inside, I saw paintings and calligraphy of the Joseon Royal Court, ancient artifacts, furniture, and the Royal Tomb. 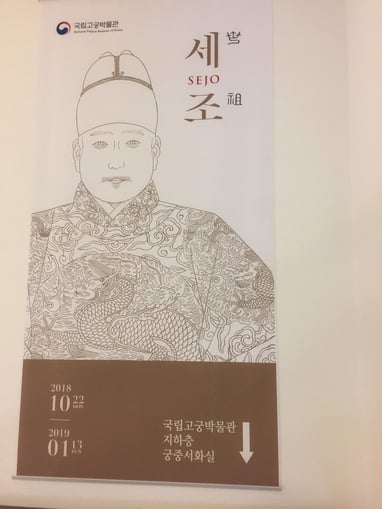 As a Chungdahm teacher you will be very fortunate to have the opportunity to visit and experience many great Korean traditional events and sights like Gyeongbokgung Palace. It will open and broaden your mind as to how Koreans lived many years ago and instill an appreciation as to how far Korea has evolved as a great nation to live, work, and play.

Tags: things to do on the weekend, Weekend activities in Korea, teaching at CDL