Get to Know All the Modes of Transportation in Korea

One of the toughest parts about living in a new city, especially if you are in a different country, is understanding the various transportation systems.  Not only can maps be in a different language, but you may be unaware about what are the most cost effective  and efficient options to get you from point A to point B.  It is for this reason why I wanted to write a blog to provide new teachers, and those scheduled to begin teaching in Korea in the near future, the ultimate transportation guide to make their first days and weeks a little easier.  In my blog I will talk about all the modes of transportation in Korea, including everything from taking a train to utilizing Kakao T.

The subway system in Korea is extremely convenient and efficient for Koreans and Expats alike. Subways are currently available in five major cities including the Seoul Metropolitan Area, Busan, Daegu, Gwangju and Daejeon. Not only can you reach any destination with ease, it is fairly inexpensive as it costs an adult a base fare of 1,250 won (equivalent to about a $1.25) for travel distances of 10 km or less using the Seoul metro. You will want to load up a transportation card (T Money card) with 10,000 won to get started and you can purchase these at a CU or GS convenience store. You can the re-load your  card with cash at a Ticket Vending and Card Reload Device. Subway operating hours are approximately 5:30 am to midnight.  One of the perks of using the Seoul Metro is that it has cell phone service along with wifi.  To learn more about the Seoul Metro and and it's various lines and routes click here. 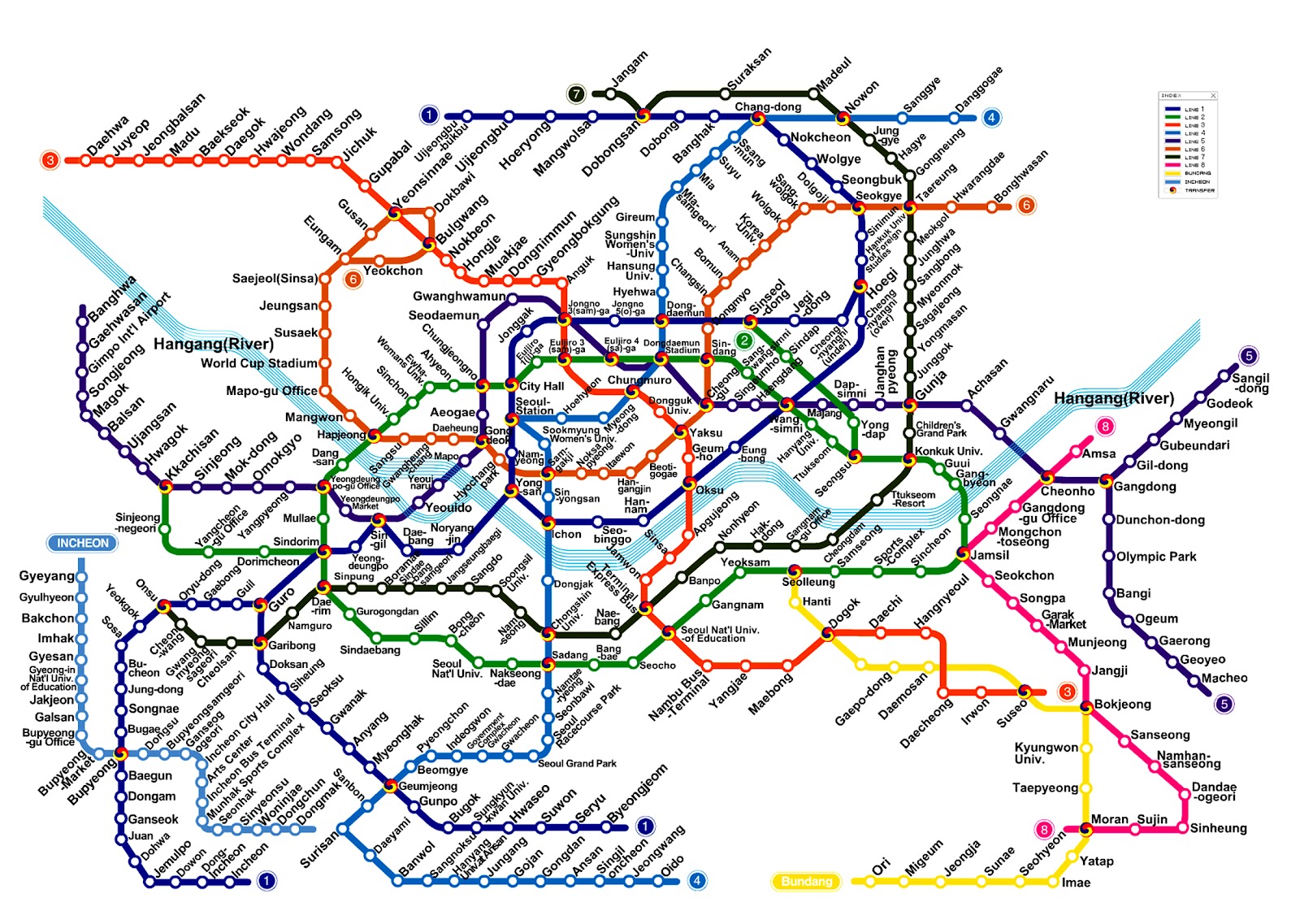 The city buses are your next best friend for commuting in and around Korea as a ChungDahm teacher living abroad. Buses are extremely punctual and are color coded to designate the type of bus. The main bus you will take as a ChungDahm teacher is the blue bus that travels on major roads in Seoul and runs for relatively long distances. One thing you should know is that you need to tap your T Money card each time you board the bus and also when you exit the bus because those using the transportation card and not cash can receive a transfer discount when changing to the subway system or another bus line. Another tip to knowing where and when buses are arriving and departing in real time is to use Naver Maps available on Android and Apple Apps. This will greatly help you find the right bus you need to reach your next destination with ease. 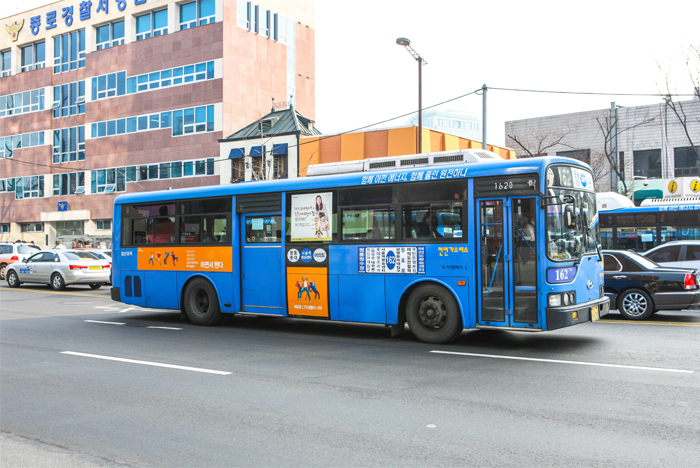 Sometimes taxis are a great alternative to subways and city buses for ChungDahm teachers, especially if you are in a rush or if you are out past subway and city bus operating hours. Taxis can be hailed on the street or can be found at taxi stands. Many taxis will also just slow down and stop if you are standing at the bus stop or even if you are on the side of the street using your phone to see if you need a ride. Standard taxis are mid-sized sedans and are color coded depending on the region.  The standard taxis in Seoul are generally orange. Taxis are reasonably affordable compared to other parts of the world and the base fare will vary by region, but taxis all use the same fare calculation of increase by time and distance traveled. All taxis in Seoul will accept T Money cards, transportation cards or check and credit cards as payment, however some taxis in more rural or outlying regions outside Seoul may only accept cash. One little side note about Korean taxi drivers late at night is that they are notorious for speeding and even running red lights at times to save time and money, specifically referred to as “bullet taxi.” 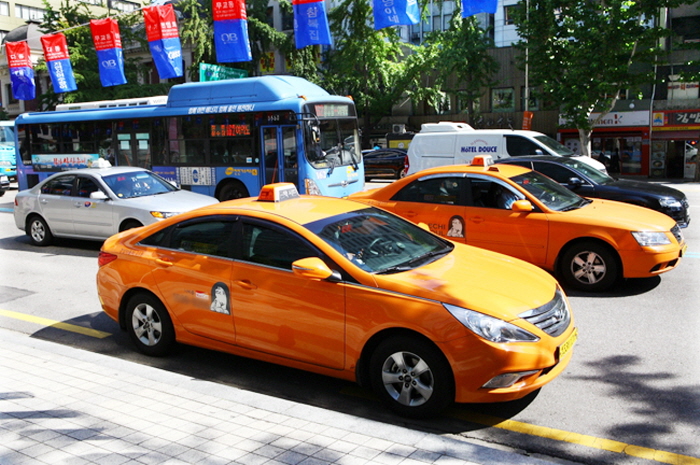 Kakao T, or formerly KakaoTaxi, is basically the equivalent of Uber here in Korea. Kakao T is a separate app that is based off the platform of KakaoTalk which is the primary messaging app Koreans utilize to communicate. This can be more convenient and useful as a ChungDahm teacher because you can contact licensed taxi drivers within your vicinity without waiting for them to drive by. The one benefit Kakao T has over Uber is that you have the option of paying with cash, T-money or credit cards and tipping is never required or expected. 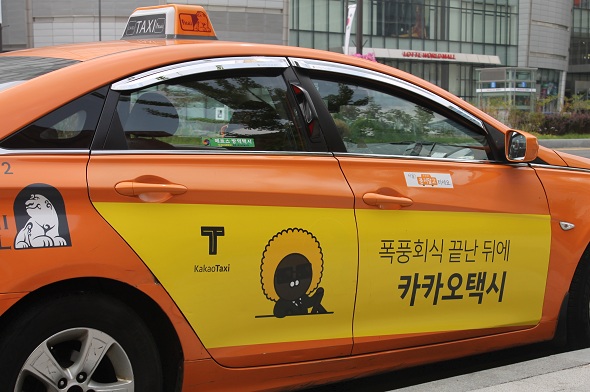 As a ChungDahm teacher living abroad, trains will be the most cost-efficient and convenient way to travel between cities in Korea. The Korea Train Express (KTX) is the fastest train on the KORAIL network and can reach up to speeds of 305 km per hour. Korean trains are classified into seven groupings: KTX express trains, KTX-Sancheon, Saemaeul, ITX-Saemaeul, ITX-Cheongchun, Mugunghwa, and KORAIL tourist trains. The main railway line is the Gyeongbu Line (경부선), which connects the capital and largest city Seoul to the country's second largest city and largest seaport Busan. The second major line is the Honam Line (호남선), which branches off the Gyeongbu Line at Daejeon and ends at Gwangju or Mokpo. Foreigners looking for unlimited rail travel can purchase a KORAIL Pass, www.letskorail.com, for one, three, five or seven consecutive days. 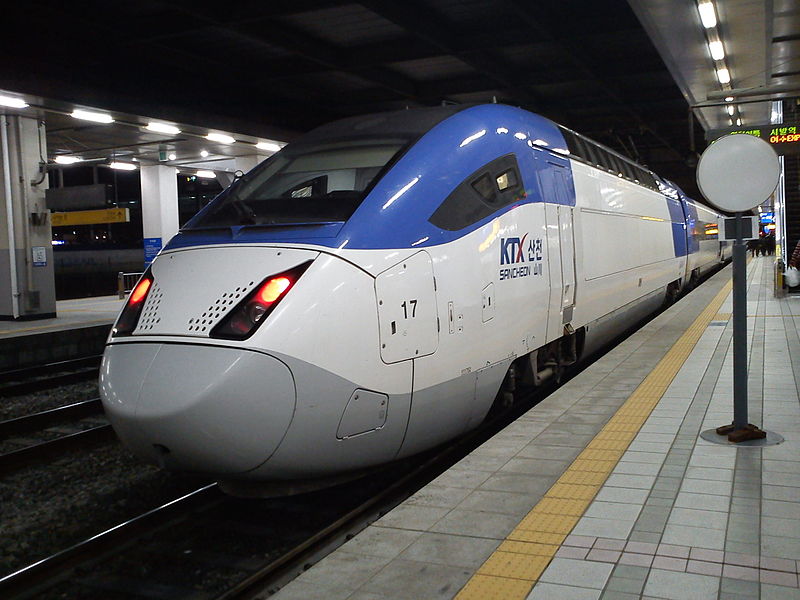 I hope now you have a better grasp of all the modes of transportation you can use during your time living and teaching in Korea.

Brian Lee began his second stint teaching in Korea for ChungDahm Learning in February 2018. He previously taught at the Main Mokdong branch back in 2013, and is currently placed at the Mokdong2 branch. He enjoyed his first time so much that he decided to come back for a second time and continue to explore and experience all that Korea has to offer. Brian is a native of Canada where graduated from both the University of Toronto and York University.