One of the things I was most looking forward to about teaching in Korea was all the delicious Korean food! I had heard of and tried all the staples of a classic Korean diet- Kimchi, Barbecue, Bibimbap and Soju, however, I was unaware of the complexity of Korean cuisine, and just how many different dishes there are.  This blog will focus on the Korean dining culture as well as a list of my favorite Korean foods.

One of the main aspects about eating in Korea that you should be aware of is that each meal is served with numerous Banchan (side dishes) which are shared by all. After spending just two months in Korea, I have come to adore Korean food. In general it is spicy, flavorsome, and healthy (think meat, vegetables, and rice). I particularly enjoy the communal aspect of dining in Korea, as everyone shares different dishes, and helps one another throughout the meal.  In fact, if you decide to go out to eat with a group of your friends, here are the four items I recommend you order. 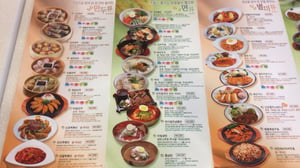 A menu with typical Korean dishes- however apparently any Korean restaurant that's any good specializes in only one item. 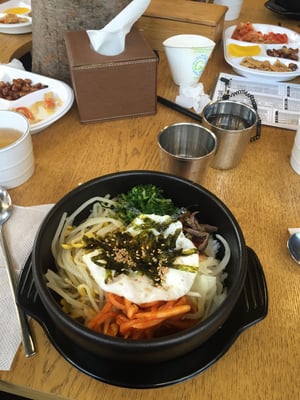 Bibimbap is one of Korea's signature dishes, which I have a serious appreciation for. Translated, Bibimbap means "mixed-rice," containing a mixture of steamed rice, sauteed vegetables, and egg. Dolsot Bibimbap is served in a a Korean earthenware pot, still sizzling as it gets to the table. Although I had had bibimbap in Canada before, I had never had traditional dolso Bibimbap, where the egg will cook, and rice gets nice and crispy in the stone pot. It is the ultimate comfort food, while providing amazing flavor. Bibimbap is great for those that are new to Korean food, and do not like spicy food.  If you do want to add spice to the dish I recommend adding Gochujang (hot pepper paste) which I add to not only bibimbap but also to almost all the food I have eaten in Korea. 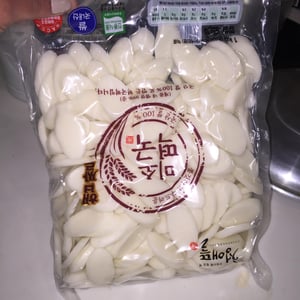 While there are several kinds of rice cakes, (most popularly the thick noodle shaped), my favorite is the thinly sliced flat variety. Tteokguk- Korean Rice Cake Soup in particular has become one of my go-to dishes. A little side note about Tteokguk is that it is traditionally served on New Year's Day in Korea, as the clear broth and white rice cakes are likened to purity, and the round shape of the Tteok symbolize coins/wealth for the upcoming year. I enjoy making Tteokguk for dinner quite often, as it is simple, fast and delicious. I boil the tteok in beef broth with mandu (dumplings), add onions, garlic, salt and pepper. You can also add soy sauce or gochujang depending on preference. It is easy to find several varieties of Tteok at any grocery store, as well as from street vendors. The ones pictured above are vac-sealed from a grocery store. 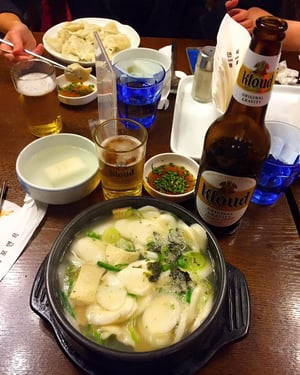 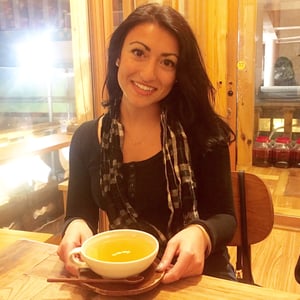 While I have been indulging myself in the ample supply of coffee via the vast number of cafes throughout Korea, I have also come to enjoy Korean Traditional Tea. Korean's have a long history of elaborate tea ceremonies, with rituals most commonly associated with Buddhism. Tea culture is evident throughout the Goryeo and Joseon dynasties, with different types of tea practices for both everyday consumption, and special occasions. If you come to Korea, you must head to Insadong to a traditional tea house to try the various types of tea. I opted for an Apricot flavored tea which was extremely sweet! Traditional tea is usually accompanied by Korean sweets, such as sticky rice cakes.

Since I arrived in Korea during the winter, (and definitely underestimated how cold it gets here!) I really appreciate how warming tea is. Yujacha is a citron based tea, which is similar to marmalade.

Whichever fruit is chosen to create the tea is sliced thinly along with its peel. Next, a sweetener such as sugar or honey is added, and then made into a jelly like substance. To make a cup of Yujacha, you simply take a spoonful of the marmalade like preserve, and mix it into a cup of hot water. The best part of Yujacha are the bits of sweet rind waiting at the bottom- delicious! Yujacha is known as a herbal remedy for coughs, colds, and headaches, as it contains lots of Vitamin-C, and is very soothing to a sore throat. I've been enjoying a cup daily while teaching Chungdahm's winter workshops, as I interact with dozens of coughing and sneezing children daily. I haven't gotten sick this winter yet... fingers crossed! 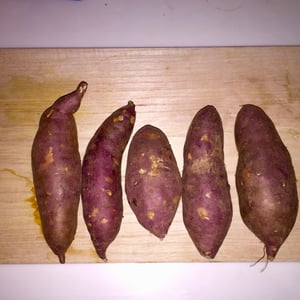 Koreans adore their sweet potatoes and so do I! Seriously- sweet potato flavoring is quite popular here... I've seen sweet potato lattes, chips, pancake flavoring, candies, banchan, and had sweet potato as a pizza topping. Although there are many ways to enjoy them, I enjoy boiling my sweet potatoes, and bringing them with me in foil to work as a snack. Korean sweet potatoes are much sweeter than the sweet potatoes or yams I've eaten in Canada. They are extra delicious, filling, and chock full of Vitamin A. Super easy to prepare, and good for you. 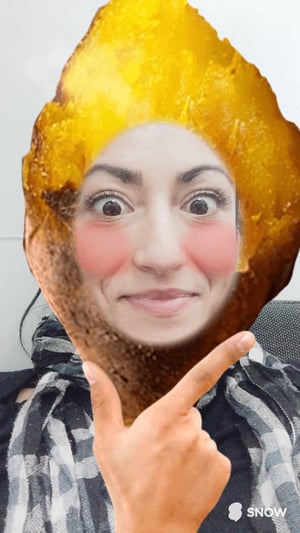 I truly could go on and on compiling the list of mouthwatering dishes that I've inhaled here in Korea so far. Kimchi Jjigae, which is essentially Kimchi stew, Hotteok (sweet Korean pancake), and Gimbap (Korean seaweed rice rolls) are all mouth-watering as well.This is just a short peek at a few of my favorites, and I'm looking forward to adding many more during my time here. On my list- find myself a favorite K-Bbq joint, eat (and survive to tell the tale) live octopus, and have a hangover cured- or at least treated by Haejangguk: Korean hangover soup. There are also so many different types of street food, which I am so looking forward to trying! Do you have an absolute favorite Korean food you can't live without?  If so feel free to comment below.