Applying, Traveling, Training, Teaching and my First Impressions of Jeonju

Ideas, research, Skype calls, interviews, questions, doubts, decisions - all of these went into what would eventually end up being my first time traveling to Asia, specifically South Korea. My experience was a bit different, as for many people this process is generally started anywhere from six months to several years before the culminating move to Korea happens. I began my TEFL course in August, not having a clue what exactly I wanted to do with it, had the idea to go to Korea in October and was leaving the country by the end of January! A hectic ride during that time, however, the biggest thing that enabled this fast-paced life change was the organization from Aclipse.

After being interviewed and offered the job, I found out that I would be placed in Jeonju. This was, at least in part, because I requested not to be in Seoul or Busan as big cities are not as appealing to me as they are to many, so I thought “leave those jobs open to people who would really appreciate them.” However, when I researched Jeonju, I was a bit nervous. I didn’t want to be in a city with very few opportunities to socialize and few things to do. Luckily, I have since found that this is not at all the case and it fits my personality, extroverted and active, quite well. Jeonju is the 16th largest city in South Korea, with around 652,000 people, it is dramatically smaller than Seoul and Busan. However, I find I love the feeling of the city. As I write this, I am sitting in one of the many cafes with groups of Korean men and women around me taking their time to have a coffee and talk with their friends. Everyone I know that speaks of Seoul and other large Korean cities talks about the fast-paced culture and how busy everyone always is, eyes to screen, heads down. Here, the feeling is one of a moderately large city without the anonymity and crowds. Here, you sit down to have a coffee and get invited to a wedding; here, you can go and party and sing karaoke without being crowded down the street; here, when you go for pizza, you know you will run into someone you know. The city is full of mountains, so taking a bike ride and going for a morning hike is always a possibility without having to ride the metro for an hour. I am a huge outdoorsy person, so this is something I will always really enjoy about living in Jeonju! 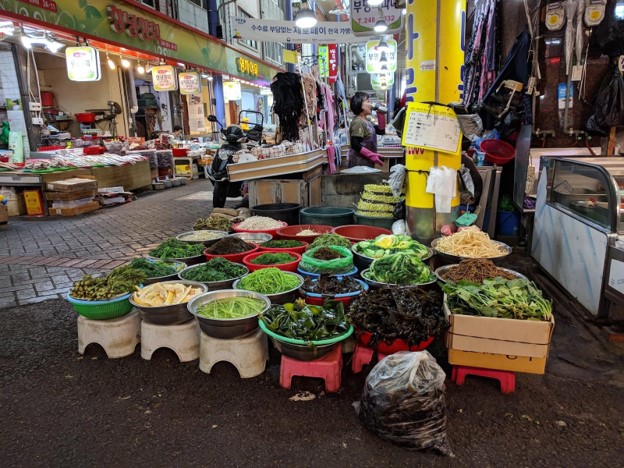 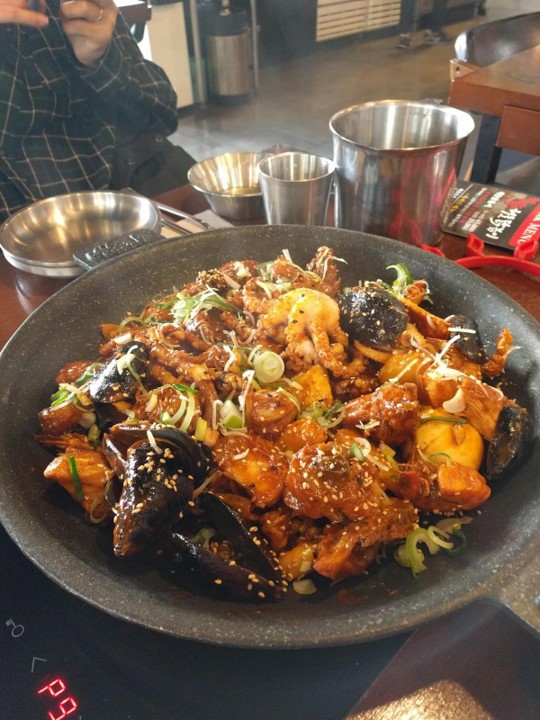 Teaching for Chungdam was also something I was a little apprehensive about. I had taught Spanish for afterschool activities back in the States but having kids that were learning my native language when I couldn’t understand theirs was a little concerning for me. However, this was just another thing to not have to worry about. Almost all my students know a bit of English once I begin to teach them, and all of them want to be able to understand me, have conversations with me, ask me questions. I teach a mixture of both April and CDI levels and this just makes me appreciate the different pros and cons in each age group more than I could if I were only teaching one. My youngest students are adorable and want to get to know me, and the joking and fun never stops in most of my older classes.

I am just finishing my first full term with Chungdam, having started in February, so I am still acclimating to the Korean and the hagwon, lifestyle. However, I already know that whatever else is in store for me here will be something that I won’t regret doing and will take cherished memories from for the rest of my life. As Colin Wright said “You have exactly one life in which to do everything that you will ever do. Act accordingly.” I will always be grateful I took this opportunity to live life! 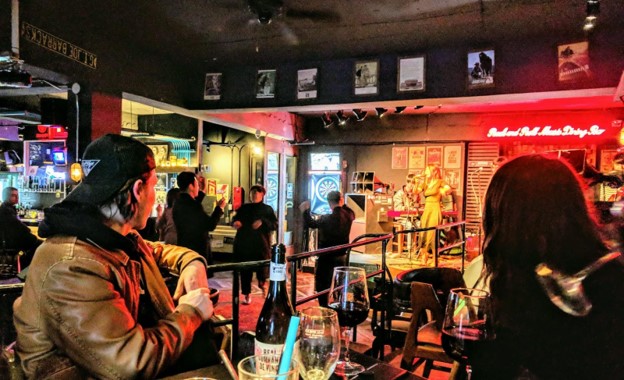 Amanda originally comes from Aberdeen, South Dakota. She graduated from South Dakota State University with degrees in Horticulture and Spanish. She had always dreamed of being able to travel the world, and since leaving Aberdeen has had the opportunity to travel to Central America, across Europe and now into Asia. She loves getting the opportunity to live in another country and learn about Korean pizza toppings, driving defensively, and what its like to get a hug from every side at once! She can’t wait to find out what else Korea is going to teach her as she continues her year and looks forward to discovering more of Asia.