Jeju Island is located just south of the Korean peninsula in the Korea Strait. It is a famous vacation destination. Known as being Korea’s Hawaii, Jeju is a favorite for Koreans and others from neighboring nations. It is particularly popular during the spring and summer. I went during the fall to avoid the crowds and peak season prices. I hope to motivate all you lovely Aclipse/Chungdahm teachers to plan a trip to Jeju of your own. 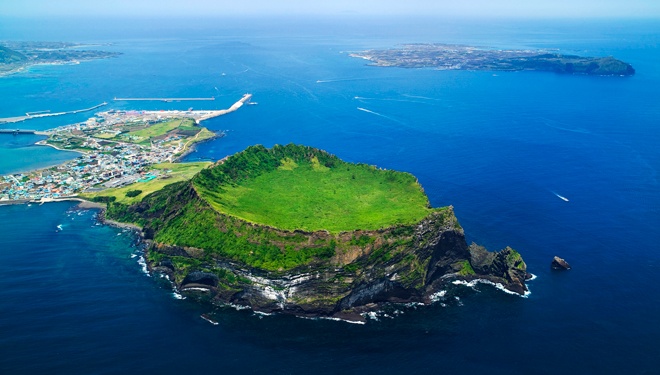 Planning, Booking and Getting to Jeju Island

I planned and booked my trip about three weeks prior. I chose Jeju Air and used the airlines official site, because a Korean friend had mentioned it was an affordable and reliable airline. Since I booked my flight close to the date of departure, my total (including taxes) came out to be close to 200,000 won round-trip. Booking with more time in advance really lowers the price. Moreover, flights that depart Friday evenings or depart Sundays tend to be more expensive. I left Seoul on a Friday and left Jeju Monday morning so that I could be back home by noon. However, flights to Jeju during the weekdays can run as low as 12,000 won, so one could end up paying only 24,000 won round-trip, not including taxes.

Once at Jeju, I took a taxi to my hotel. The hotel I stayed at was 80,000 won a night. I opted for a hotel that wasn’t luxurious, but it wasn’t the cheapest option either. It was a very comfortable place. I traveled with two friends which made things more affordable.

While Jeju doesn’t have the amazing subway system that Seoul does, it does have an effective bus system in place. Still, the best way to get around Jeju is by car. Renting a car can run as low as 30,000 won per day, and all one needs is an international driving license. Sadly, I didn’t have one at the time, so I used a bus and taxis combination to get around.

The Friday night I arrived, I sought out a good barbeque spot by my hotel. I wanted to cross trying Jeju’s famous black pig barbecue off my bucket list. Black pigs are a domestic breed of the island. It has a very distinct taste from other pig breeds. It is slightly chewier, too. Locals smoke the meat over burning hay to allow the smoke to penetrate and enhance the taste. 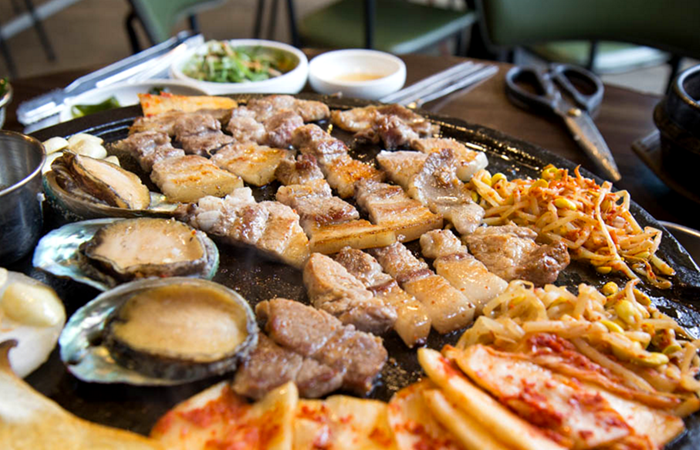 Abalone is a type of shellfish, and many dub it the ‘Emperor of Shellfish’ in Korea. In fact, during the Joseon Dynasty, abalone was considered gourmet food reserved only for royals. Now anyone can enjoy a delicious abalone meal due to the fact that an estimated 95 percent of abalone is farm-raised. Natural abalone is still prohibitively expensive. On my second night, I stopped by a not so popular part of the island to eat at a restaurant popular to locals - MyeongJinJeonBok. Personally, I found abalone to be my favorite meal while in Jeju. 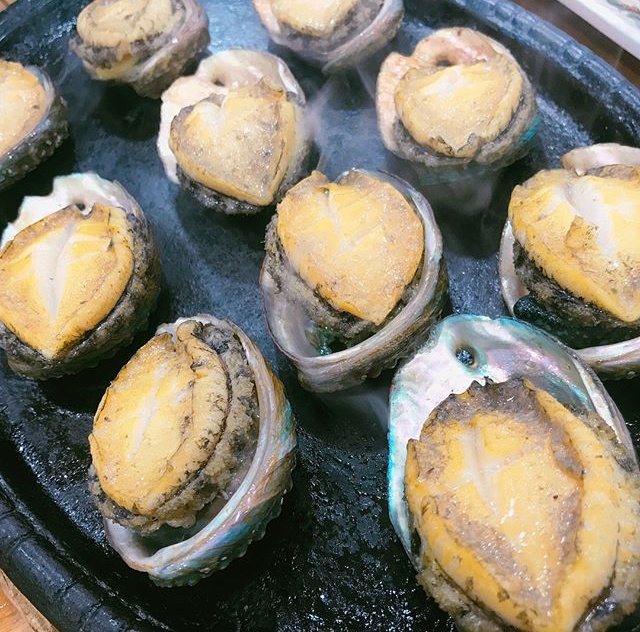 While I didn’t eat a tangerine-centered dish or go to a tangerine themed location, tangerines where starting to go in season when I visited. There were tangerine trees covered with tangerines everywhere. Majority of Jeju residents grow tangerine trees. The front desk at the hotel I stayed at had a basket full of tangerines that were free for guests. During my trip, I always carried a few as a delicious, quick snack.

This museum is a great place for gamers or those interested in the history of technology. The museum features floors of computer-related excitement. One can play on old generation gaming systems, original arcade games, and new 3-D experience games in the virtual reality zone. One can experience this all at the low price of 8,000 won for general admission. Moreover, the museum features a great, computer themed cafe on the first floor that doesn’t require any entrance fee to enjoy. The cafe offers keyboard-shaped waffles and mouse-shaped pastries. It is really cute and yummy. 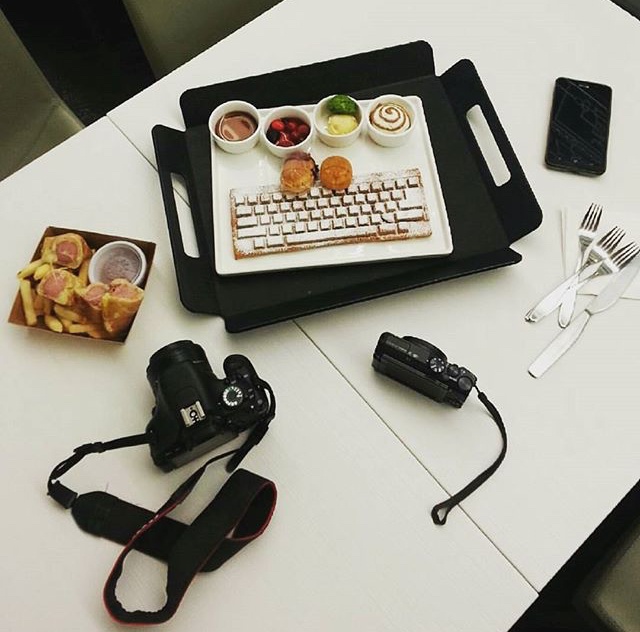 Jeju Island is a volcanic island. Thus, it has an impressive lava tube system. Tourist can enjoy the experience of exploring a lava tube system at Manjanggul Lava Tube Cave. The admission fee is less than 5,000 won. It is so cool! Literally speaking it is cool, too. Bring a jacket because being underground is cold and wet. Comfortable shoes only. The floors are rather slippery. The whole experience makes one feel like they are in a science fiction film. Especially considering the place is lit by many multi-color lights that reflect off the volcanic cave walls nicely. 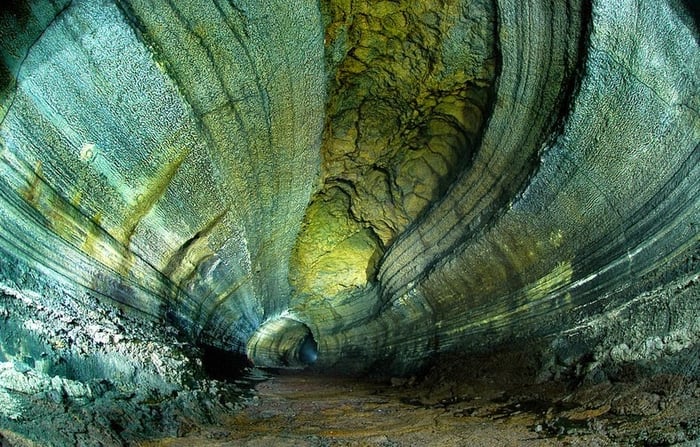 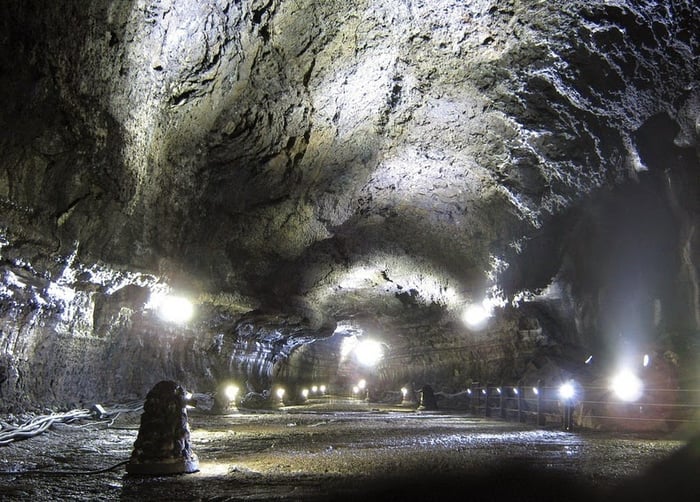 The Jeongbang Falls is the only waterfall in Asia that drops directly into the ocean. It is one of the top waterfalls in Jeju. The admission fee is 2,000 won. It is a great spot to appreciate nature. The waterfall and the ocean view are really relaxing. 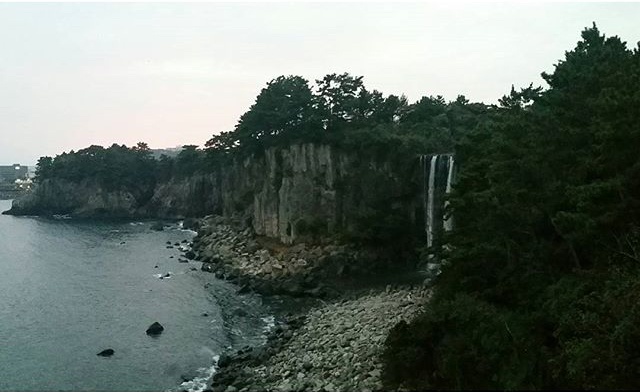