Teaching abroad is all about engaging with the people and experiencing a new culture. Koreans are notorious for treating foreigners excellently, especially when they can see that a person shows an interest in Korean etiquette and is trying to learn a few basic Korean words. It is well worth trying to get to know Korea and Korean people, while living and teaching in Korea. It will go a long way with your time spent in the country, and you will encounter more unique experiences and make some friends outside of your comfort zone. Getting to know the Korean people, will help you grow as a person and also allow you to feel less frustrated with language barriers or small misunderstandings. In this blog I will focus particularly on building a relationship with the Korean staff at ChungDahm. 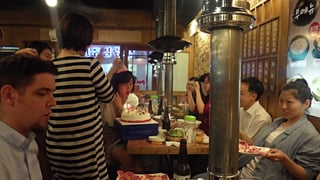 At every Chungdahm Learning, teachers work alongside Korean teachers and staff members. There is a a Branch Manager (BM), Korean Team Managers (TM's) and Korean staff members (teachers and sales assistants). On the opposite side, you will have foreign Team Managers (TM's) and instructors (veteran to newbies). The foreign TM's work closely with the Korean TM's making sure that the branch runs effectively and smoothly. They all report to the BM, who has the final say over most matters to do with the branch. 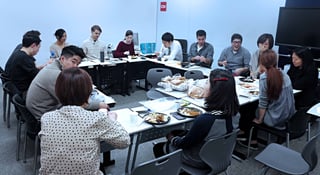 A lot of teachers come into the company thinking that the only way of communicating with the Korean staff is via their foreign TM. Also, due to huge cultural differences and language barriers, both teachers and Korean staff alike, are nervous to spark up a conversation with one another. Koreans are super shy and although they know a higher level of English than most ESL countries, they are less willing to speak, as they are a country of perfectionists and are afraid of making mistakes.

Personally, I have benefited a great deal from trying to be friendly to the Korean staff, TM's and BM. My Korean is intermediate these days, but I always try to come into work and say hello to everyone and ask one or two staff members how their weekends were. I have found that this has led to a greater communication between us and it has helped a lot with student management and any other issues I have run into. Also, it helps me feel apart of the Korean community and not like an outsider. Below are my top 3 tips to have a greater communication with your Korean staff. 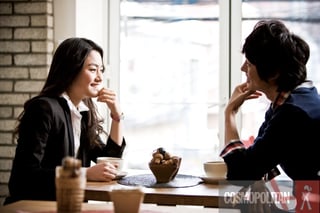 1. Spark up a Conversation

Don't be afraid to have a conversation with your BM and Korean staff members. Ask them how their weekend was or if they have any children. Possibly, they could help you out with a weekend trip or even recommend what Korean food you should try out. Koreans love helping others, and they would feel great that you are showing an interest in their culture and etiquette.

Also, try to make a habit of walking into the branch everyday and saying hello and goodbye to everyone you see, or as loudly as possible so that they hear you. Try to bow at the same time, so that it shows you care about Korean culture and that you respect them.

Most of all, Koreans love bright people. They often refer to someone who is positive and cheerful as a 'bright' person. Usually, this means in Korean culture that you have a good nature.

Hweshik is the company dinner that happens at the beginning or end of the semester. It is a company party that includes good food, lots of soju and a good amount of cheer. The Korean staff, TM's, BM and foreign instructors come together and get to know one another. How you behave at this dinner could mean a lot for your ongoing connection with the Korean staff members.

It is a time when everyone lets their guard down and has a good time and it is a time when you can get to know the shier Korean staff members and introduce yourself. Also, in Korea it is etiquette to meet one another by sharing a soju shot. Go straight up to a table of Korean staff and pour them each a shot of soju. Then cheers together and say Gumbae! (cheers!) 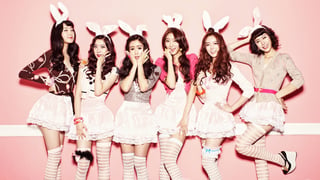 3. Show an interest in Korean Culture

Find out what Koreans interests are and what they are passionate about. This could be anything from researching K-pop to hiking Seoul's mountains. Read foreign newspapers and blogs to get an idea of developing news on the continent and speak to as many Koreans as possible to gauge in what they love doing.

Also, join sports clubs, art groups or meet-ups. There is also a ton of Korean-English language exchange groups and outdoor activity groups. The more you dive into Korean way of life, the less isolated and lonely you will feel.

Koreans can make wonderful friends and they are very honorable to that friendship. This could mean coffee dates, dinner dates and even weekend excursions where you get to meet other family members or get to partake in some cool cultural activity.

The more you engage with Korean culture and learn as much Korean as possible, the more valuable your time spent in Korea will be.