How To Make Korean Friends While Living And Teaching In Korea

Living and teaching in Korea creates opportunities to learn a new culture and speak a new language. With this experience arises the chance to make life-long friends across cultural barriers. Like every encounter living abroad, you  have  to put yourself out there and do what the "Romans do in Rome" and as in Korea..."Do what the "Koreans do in Korea."

I met my Korean friend Sohee almost four years ago, at a BBQ in Gumsan, out in the countryside in Chungcheongnam-do province. At the time she was studying Hanbok design at a university in Buyeo. A friend of mine was her English professor and asked her to join our get-together, so that she could improve her English skills and meet more foreigners. Sohee fit right in! She is a very bubbly and chatty Korean who loves meeting people from all cultures. 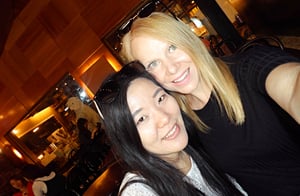 That first night, Sohee and I clicked right away.  At first, we struggled through our language barriers, but overtime both our English and Korean improved, and we got to learn so much more about each other’s countries. From embracing this friendship, I got to travel Korea with a local, eat traditional food with her family, and even got invited to her sisters Korean wedding. I also learned so much about the Korean-way of relationships and friendships, and came to respect the culture in its own right.

How to Make Korean Friends?

The easiest way to meet Koreans and make Korean friends is through a language exchange. There are plenty of meet up groups all over Korea and usually these are posted on Naver Cafe, Meet-up, Facebook and Kakao.  Foreigners and Koreans meet often to drink, hike or chill in cafes. You can usually choose the activity or hobby you prefer and then join Koreans alike who have the same interests as you. 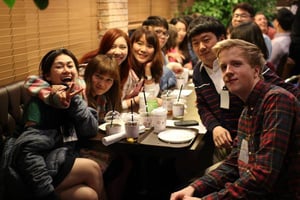 Additionally you could  join a club, be it recreational or sports. Recently, I began swimming at Olympic Park with a swim team. Here I get to meet Koreans of all ages who I see on a regular basis. The women have become my swimming buddies and we have created a bond through sports. After swimming, we sometimes grab a coffee and last month one of my team members asked me to join them at a long-distance swim on the Han River in the Summer.

My fiancé made some Korean friends at his Cross-fit gym and a girl I work with joins Koreans at an art class in her area. Also, plenty of foreigners go to Korean churches and end up being a part of a  religious community there.

Koreans are super proud about their country and heritage, so it goes along way when you understand a little bit about Korean culture and their way of doing things. When a foreigner tries to speak some Korean and attempts to be "vulnerable" by meeting the a Korean person halfway, it helps Koreans feel more comfortable about speaking English. Also, they feel respected and thought-of.

Koreans will usually pay for the first outing. Paying "dutch" is a Western idea that can be offensive to Koreans, because they view first payment as a really important start to a friendship. Also, this does not mean a “free-meal” - it is customary to pick-up the bill at your next meeting. Korean culture is big on sharing and showing that you genuinely care about each other, as one unit. A “we-culture”.

Also, Koreans usually share meals at restaurants and cafes. For example, you will order pancakes, a salad, and a ciabatta bread to feast on. The waiter will bring two small plates and additional cutlery for the table. Both parties will dish out the meal on their respective side plates and order their own drinks. If you dish out your Korean friends' food they will be "wowed" by your gesture and will be impressed that you know this Korean way of friendship.

Also, there could be homemade gifts and traditional surprises. Like last week I received an apricot smoothie from a neighbor because, I had an aching body and she thought this would help relieve my muscle stress.  A former co-teacher also gives us a box of sweet potatoes and a bag of home-made kimchi, whenever we visit him in his countryside town. 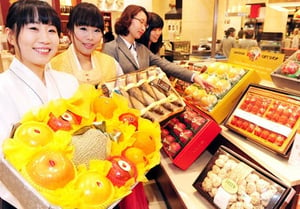 During Seollal or Chuseok it is customary to give gifts and Koreans are big on fruit-baskets, nuts and traditional snacks. You could even receive toilet paper, socks and hair-sets.

Since Korean culture is all about "we-culture", Koreans make really good friends. Korean friends are understanding, caring and loyal. Most of my Korean friends have been very honest in nature and once I was accepted by them, they became life-long friends who genuinely listen and pay attention to my life. 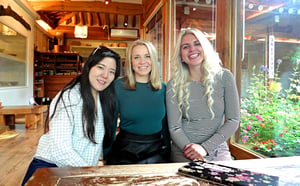 A big focus for Koreans is family and so they adopt you as their family out of fear you will feel lonely living abroad. This has always felt really special to me and  it is a wonderful feeling knowing you are a  part of one big family of people.

So get out there and make Korean friends while you are living and teaching in Korea. You could learn a new language, get to experience unique cultural activities, and make life-long friends with a wonderful nation of people!