How To Navigate Public Transportation While Teaching in Korea 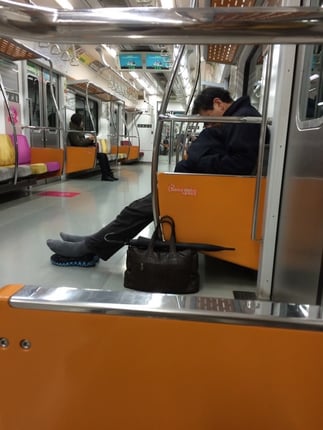 Being polite is extremely important in a foreign country. You are the face of your nation, and the company that hires you, whether you like it it or not. In order to be polite, there are a couple of things that are pretty universal. 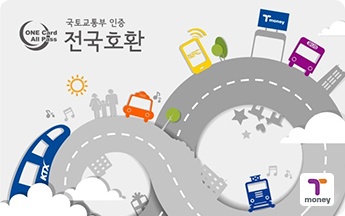 T-money is a card that is rechargeable and used for Korea’s Public Transportation. It is used all over Korea, from Seoul all the way to Busan. It can be used for taxis, buses, subways, and even convenience stores. T-money is easy to use. Simply wave it over the scanner when entering the bus or subway, and it deducts a fee from your balance. When you leave the subway or bus, simply scan the T-money card again, and it will either deduct more money, or allow for you to transfer to another bus or subway without having to pay more. The T-money card can be purchased in most subway stations, but ultimately, the only sure place to buy it is in convenience stores. The card can then be pre-loaded in all subway stations, or convenience stores.

It is always smart to carry an extra balance in case you have to run to catch a bus, or subway, you don’t want to have to stop and charge it, or have the embarrassing moment where you don’t have enough money on your card. I always try to keep around a 10,000 won balance on my card, and load it whenever I have a spare moment. To use public transportation it costs 1,250 won, for adults, every 10 kilometers (6.2 miles).

The subway system in Korea is magnificently complex. There are 5 systems: Seoul, Busan, Daejeon, Daegu, and Gwangju. All of which use the T-money card that I had mentioned. They are constantly expanding the subway system, which is already quite vast (look below). But don’t worry, navigating the system is quite manageable, as long as you have a phone, or ipod, with this subway app (Apple, Play Store). If you don’t have the app, they also have a map located above the doors inside of the subway car. To figure out where you are, usually there are a pair of televisions hanging from the ceiling in the subway cars that will say what stop the subway is at. If it doesn’t have this, you can also try to listen for the stop name. The name of the station will come before the word ‘yeok’ (역). The subway is really great for a while, but if you live far from it, it might be easier to figure out the bus system. 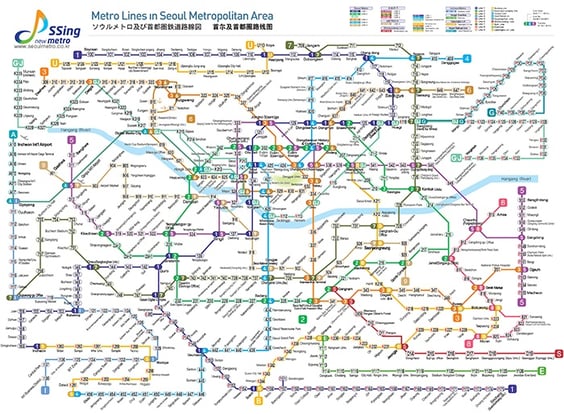 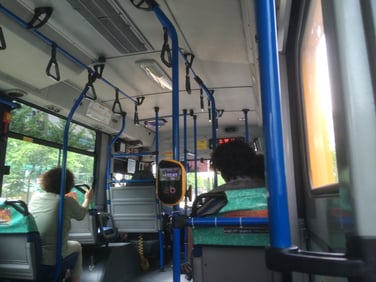 Buses usually have less people on them, and almost guarantee sitting time, whereas the subway guarantees that you will stand. For an app, there used to be a really great app in English, but unfortunately, it was purchased by another company and has become nearly unusable. Therefore, I encourage you to use, Google maps. While before, Google maps used to be inconsistent and confusing, it has now become much more accurate over the past year and a half. Simply type where you want to go, and from where, and it gives you several buses to use.

Overall, public transportation in Korea is easy to talk about, but it can still be difficult to use. The best method is to find someone who has been here a long time, and make them ride the bus with you. Most teachers are apt to helping others.