ESL teachers are motivated to teach in Korea, because of the large amount of savings they can accumulate.  One such example of how you can save money while teaching in Korea is that the country is known for having cost-effecting housing utilities such as electricity, gas and water.  All year round Korean utilities are low, ranging between 70,000W-130,000W. However, Korean Winters’ are the exception. If you are not careful you could be surprised with a 200,000W-400,000W bill!

Korean Winters can be super chilly, often hitting temperatures of -18C in the January months. Icicles hanging from the trees, slippery roads and the ruthless Siberian wind that will cut through your clothes.  You will find yourself willingly turn up the heat in your apartment and repeatedly leave it on for the entire day. Over the years, I have figured out how to lower my Winter utility bill and often save more money during the Winter months than in the Summer months.  Now that the Fall season is starting to transition to Winter, I wanted to use this blog I to offer three tips which will help lower your utility bills in the Winter months and not force you to break the bank. 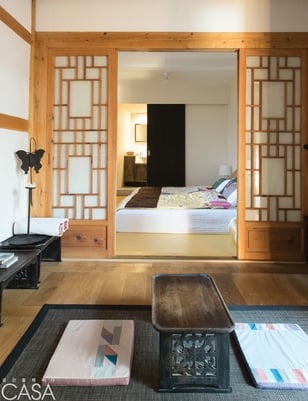 However, in a two-bedroom apartment, or an apartment that has two rooms such as a bed room and common room separated by sliding doors, you could heat up a smaller area such as your bedroom. If the bedroom does have doors, it would be easier to insulate the heat and retain it overnight so you don't have to overuse energy at night.

2. Move away from the Windows

Most Korean apartments have large windows, that have a huge area space. If you can avoid sleeping near the windows in the Winter this will help keep you warmer at night, when the temperatures drop substantially. 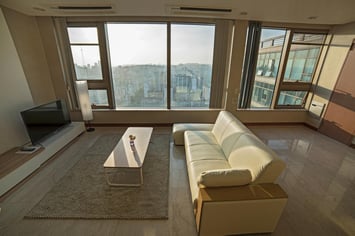 Again, a two-bedroom apartment with sliding doors would be ideal. My husband and I move our bed in the Winter so that we are insulated from the windows. If you can find an apartment that has sliding door or doors that seals you off from the outer room, then there is a higher chance of being warm.

In this case, you might not need to even turn the heating on because, your neighbors are blasting the heat on either side of your apartment, so you can keep warm and cozy without spending any money. 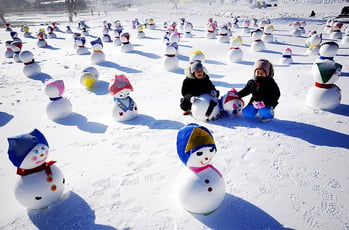 Electric blankets are a great way to keep warm in the Korean Winter months, without using energy overnight. Ever since I bought an electric blanket to sleep with, I have saved a lot of money by not turning on the heating at night time.

If you also invest in the right bedding to insulate the warmth produced from your electric blanket, it could keep you warm majority of the time. Big fluffy blankets are a great insulator with an electric blanket, and I am often too hot with both.

You can buy electric blankets at Lotte Mart, Homeplus or on Gmarket online.

Finally, remember to turn down your heat if you plan on being out of your apartment for a long period of time, such as when you leave to teach for the day.  One of the most likely reasons your heating bill will skyrocket in the winter months is if you leave the heat on all day.

It is no surprise that Tijana Huysamen, a South African born Capetownian, avid traveler and travel journalist, fell in love with South Korea and its people. After Tijana arrived in South Korea in 2010, she had the opportunity to live in the heart of the Korean countryside. During her time spent in Chungnam province she learned to speak Korean, prepare Korean food and experience the humble nature of the countryside people. After a year break in New York, Tijana jumped at the opportunity to return to Korea again, and is currently working at the CDI Jamsil Branch, in Jamsil, Seoul. Read Tijana’s Aclipse blog to gain a unique perspective on Korea and her shared experiences and adventures both in a major city and in the countryside. Follow Tijana on Twitter @TeeAnni or email tijanahuysamen120@hotmail.com to request more information on teaching in Korea!