Korean meals predominantly include rice, vegetables and meat. Each meal includes side dishes known as banchan and toppings such as gotchujang, sesame oil, kimchi, doenjang and gotchukaru.

Korean food is an important part of Korean culture and is supposed to be consumed in large groups to promote 'we' culture. It is common to share food from various dishes and to order meals for the table to share. Koreans enjoy eating together, and it is popular to see restaurants buzzing every night with plenty of customers. 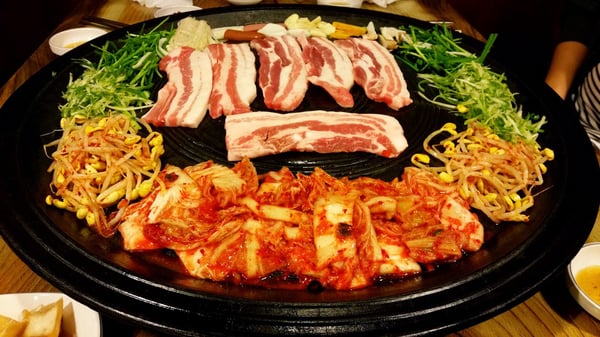 Samgyeopsal barbecue is probably one of the first dishes you will try when attending your first branch Hweshik (company dinner). Samgyeopsal is a popular dish in Korea, and there is an abundance of restaurants selling it throughout Korea.

Samgyeopsal is grilled slices of pork belly. It is not marinated and has no seasoning and is barbecued until all the fat drips off the pan. It is tasty when eaten with lettuce, sesame oil and salt, grilled garlic pieces, and fried kimchi. 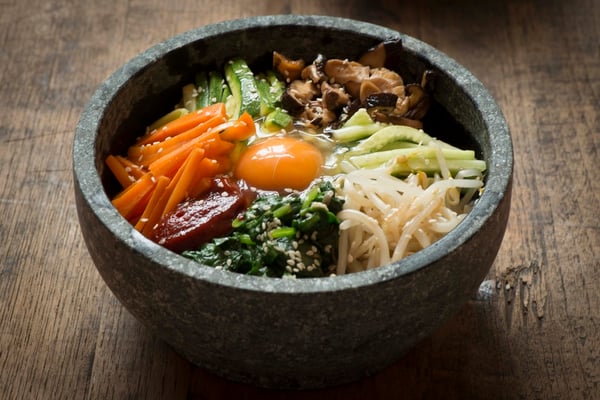 Bibimbap is a popular dish among foreigners and is usually a meal a Korean would recommend you to try when first becoming accustomed to Korean food and its flavors. Most Korean food is spicy, so when eating bibimbap you can add as much gotchujang (red pepper sauce) as you like.

Bibimbap can be eaten in a dolsot (a hot stone bowl) or a regular bowl. The dolsot is traditional and sizzles the bottom of the bowl, while mixing the ingredients. It creates a crusty rice bottom, that is good to snack on when you reach the end dish.

There are variations of bibimbap throughout Korea, that can be found in Jeonju, Tongyeong and Jinju. (the Southern regions) 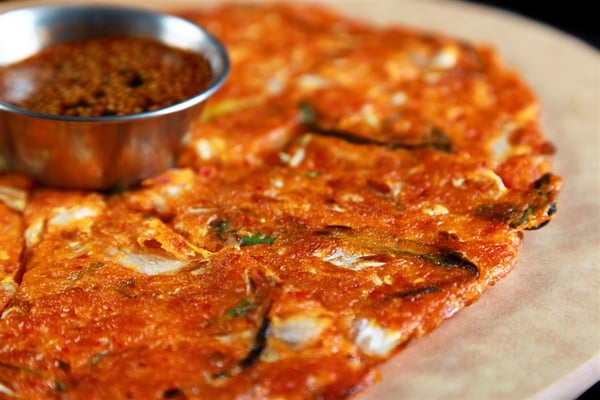 Jeon is a flat-like pancake made from kimchi, potatoes, onions, seaweed, meat and seafood. There are plenty of kinds of Jeon, such as Pacheon, Kimchi Jeon, and Gamja-jeon.

Jeon is usually eaten as a snack in-between meals. It is usual to eat it when hiking and at one of the many mountainside restaurants.

Magkeolli (Korean rice liquor) is usually paired with Jeon, and is highly recommend to enjoy with this combination on a hot summers day. Magkeolli is served in a chilled kettle and is sipped out of a bowl. 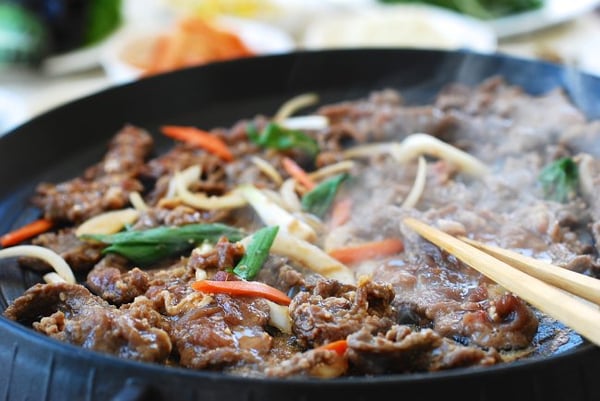 Bulgogi is simply delicious and my personal favorite Korean dish. It is a marinated beef barbecue cooked on the grill or in a hot pot.

It is prepared with fried onions, carrots, mushrooms and scallions and is paired with rice and grilled garlic. It is popular to wrap it up lettuce and top it off with some ssamjang (a thick red spicy paste).

Bulgogi is made from thin slices of sirloin and is marinated in a mix of soy sauce, sugar, sesame oil, garlic and black pepper.

The meat is a popular option for other dishes such as Bulgogoi Burgers which are hamburger patties marinated and prepared similarly to bulgogi. 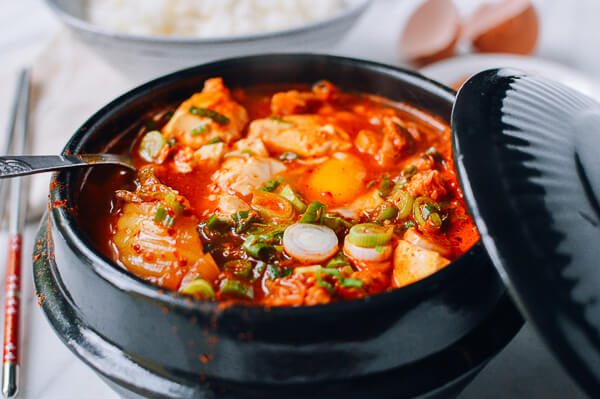 Sundubu Jiggae is one of the most flavorful Korean soups you could eat. It has the perfect balance between spicy and sweet, and the tofu melts in your mouth.

Sundubu Jiggae is a soft tofu stew that is made with tofu, mushrooms, seafood, beef, pork and gotchujang.

Depending on where you are in Korea, ingredients will be added or changed. There are plenty of variations, and the stew is commonly topped off with a raw egg, that once mixed into the hot pot cooks and scrambles. This adds flavor to the dish, however you can request to have it without the egg.

The dish is paired with banchan and rice. It is highly recommend that you mix the rice into your Sundubu Jiggae.