(Two Days before I moved to South Korea)
1. Be Active
The ChungDahm work schedule allows one to have a lot of free time during the day.  As a result I found time to do things I rarely had the chance to do.  One of the great aspects of living in Korea is that people are so active and since moving here I have become an avid hiker as well as joining a gym. This new active lifestyle definitely paid off as I lost around 61kg (about 135 lbs) in my first nine monhts of living in Korea

(Taken 1 year after my arrival)

Every day, almost without fail, I wake up at 10.30am and after eating breakfast I go to the gym for two to three hours. I then come home and have lunch, before going to work. Shortly after developing my new workout habits, I was noticing that I had more and more energy. I was also sleeping better and able to do things, which previously I could not have done due to my size. 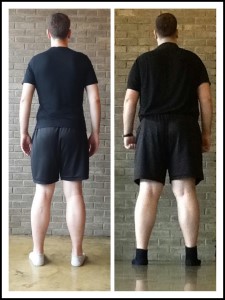 While exercise alone contributed a lot to my weight loss, my new Korean diet helped as well. Eating healthy in Korea isn't that hard as most food contains, on average, less salt, sugar and cholesterol than western food.  Also, most Korean food is made fresh. Working at Chungdahm, and having my flexible work schedule really helped me fit in the time need to visit the gym on a daily basis. In fact, it is these flexible working hours that played a role in my re-signing with ChungDahm for a second year. 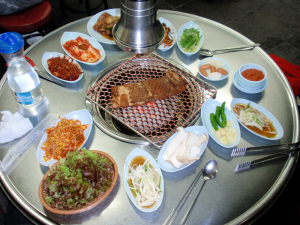 Coming to Korea and teaching English did not only change me physically, but I also became a more independent person. This was not only my first real full-time job, but it was my first time to live away from home. It was now my responsibility to pay bills, buy groceries and to cook and clean.  This change has made me more organized and confident in my abilities to do things by myself.

Teaching in Korea is in many ways a life changing event.  Not only will you be living far away from home but you will also be immersing yourself in an entirely different culture.  I recommend embracing these changes from not only a professional standpoint but also from a personal one as well.  Take the time to try new activities, foods and in my case new lifestyle habits.