Make Sure to Visit Namsan Tower While Teaching in Korea

Having lived in and around Seoul going on three years, there are number of places that are near and dear to my heart. Since I have the goal of visiting as many places as possible during my time teaching in Korea, I would like to bring to your attention one of my favorite places to see, Namsan Tower. 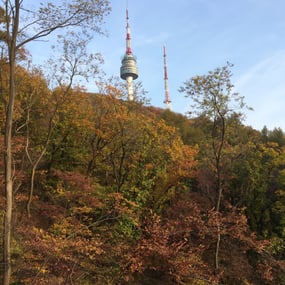 I first went to Namsan tower on a whim. I met a lost tourist from India in the subway on a random Sunday, and that’s where they were trying to go. I’m not sure how I did it, but I ended up joining them to find the tower. Since that visit, I have been to Namsan at least four other times. Namsan is in the heart of Seoul, and if you are in the area around Myeongdong, you can easily spot it. Originally, Namsan was made to be used as a broadcast tower, but was turned into a tourist attraction. Throughout the years they have remodeled it to create some very interesting and unique features that you won’t find anywhere else in Korea. 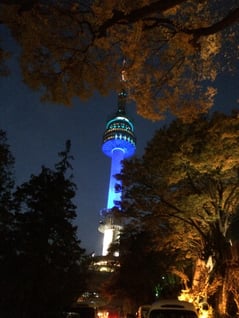 How to Get to Namsan Tower:


There are a couple of ways to get to the tower. I have always walked in the general direction. But it takes a solid 30+ minutes of walking just to get to the hill that has Namsan Tower on it. There are, however, many buses that go there and you can always try and get a taxi as well. To get up the immense hill, you can either walk up the path to the tower, or there is actually a cable-car that you can take. I’ve always wanted to take the cable car, but the line is generally so long that I forgo it. Plus, the scenery and beauty of walking up that hill is so great. 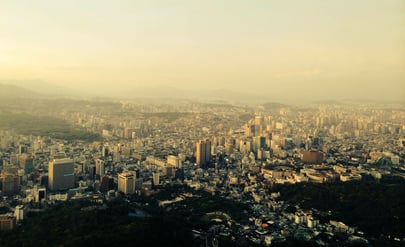 What to do at Namsan Tower:

At the tower there are a number of different things to see and do. The most obvious one is to go into the tower. There is an observatory at the top. To get in, you have to pay for a ticket, which the minimum cost is around 10,000 won (around $10) per adult. Namsan tower will give you a ticket and a time when you can go up. Once it is your time to go up the tower you take an elevator to the top. At the top, there are large windows looking out, with a couple of coffee and souvenir shops. The problem though is going down there is only one elevator, and whenever I have gone there was a long line. So, if you’re like me and feel claustrophobic easily, I suggest seeing the view from outside. 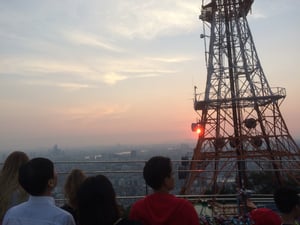 One of the most famous aspects of Namsan tower are the locks. Couples will buy locks at the tower, put it on one of the fence posts, or find some unique place to put it, they will then lock it, and throw the key. Obviously, this aspect of the tower isn’t for everyone, but it is really cool to get to see all of the locks on the fence.

Another aspect of the trip up is the food. Obviously, that much walking will get you tired and hungry. Fortunately, there are a number of restaurants around the tower and more seem to be added each year. One of the most famous foods to try is the fried pork cutlet, called the donkas. At least that’s what everyone says. I found that it wasn’t really that special, and that actually the burger restaurant, N Burger, was very delicious. My suggestion is the burger restaurant. However, do note that seating is extremely limited. There is also a Chicago Pizza place that opened up inside, as well as a fried chicken restaurant. 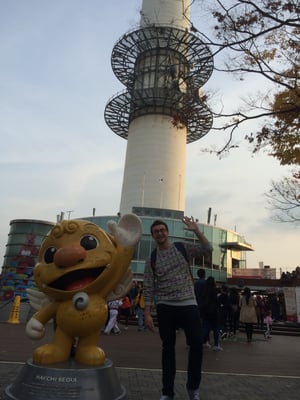 My suggestion is that if you are planning a trip to Namsan Tower, plan it for when the sun is still shining, but just enough so that you can get a glimpse of the sunset. It is incredibly stunning, and you definitely will enjoy your time.