Today, I would like to share with you my experience of having my wisdom teeth taken out in Korea. I must preface that I am not a dentist. I do not know your individual experience. I am comparing my experience to that in the  U.S. In addition, every dentist and area in Korea might be different. It can be especially challenging to find one that speaks English in your area . However, I truly believe - and many other expats in Korea would agree - that getting you wisdom teeth taken care of in Korea can be beneficial for all. 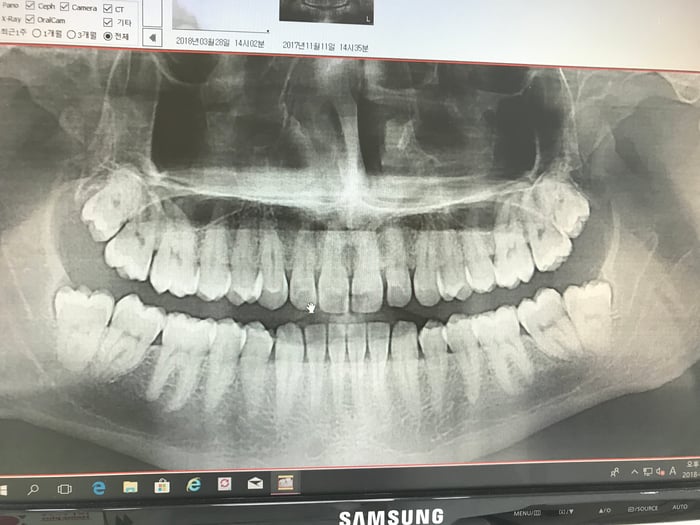 I have been blessed with fairly straight teeth. I have also been blessed with a mouth that doesn’t succumb to cavities easily. I also come from a country where going to the dentist costs an arm and a leg, so for some, it can be nearly impossible to see the dentist. My own family is not a wealthy one at all. In fact, I haven’t had insurance since I turned 18. Since then, I haven’t been in the dentist’s chair. In total it has been nine years since I have seen a dentist. Now that I am living in Korea, where I receive  insurance benefits from work, I can now have significant medical care done such as wisdom tooth extraction. 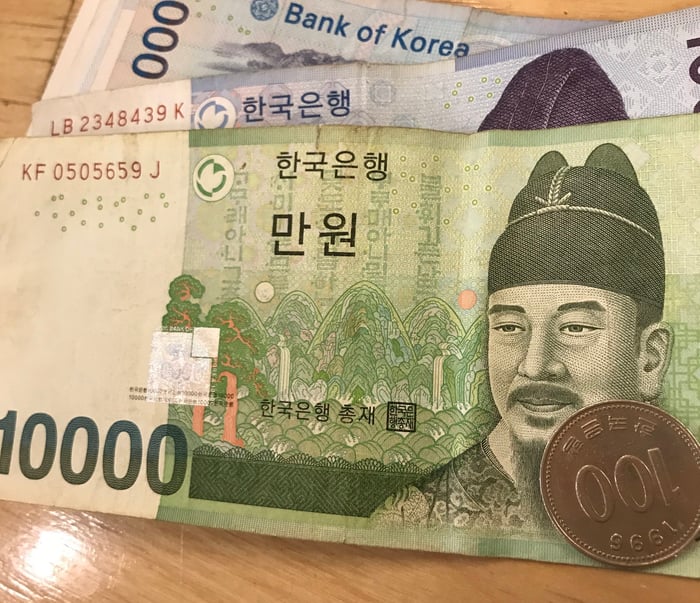 The Cost of a Wisdom Tooth in Korea: Not Much

Wisdom tooth extraction is covered by your work insurance. Actually, a number of different dental procedures are covered as well. Without insurance though, it is still quite affordable. In comparison with other countries, it is nothing at all to pay. For example, my brother had all four of his teeth removed in the U.S. for a  total cost of $1,400. Most people can’t afford that kind of money, and I think my brother had to pay for it over a period of several months. Even with insurance in the U.S., a lot of the cost isn’t covered for dental work. In Korea, the cost of a cleaning, they call it scaling, costs less than $20. The total cost of all of my wisdom teeth so far has been less than $40, and I only have one more to go!

You might be wondering why people often get all four removed in one go. Well, the real answer is that it is about money. From what I have read and heard, it is very shocking to your body to have all four removed at once. Simply from having one removed, my body takes a couple of days to recover. So, I couldn’t imagine having them all removed at once. I don’t want to imagine it. The way that I had it done was so simple, and within the next hour or two I was essentially back to normal. I just had to avoid drinking from a straw, hot soups or coffees, and hard or chewy foods. The pain was quite minimal. If you want to know the do’s and don’ts after a wisdom tooth extraction, head here. 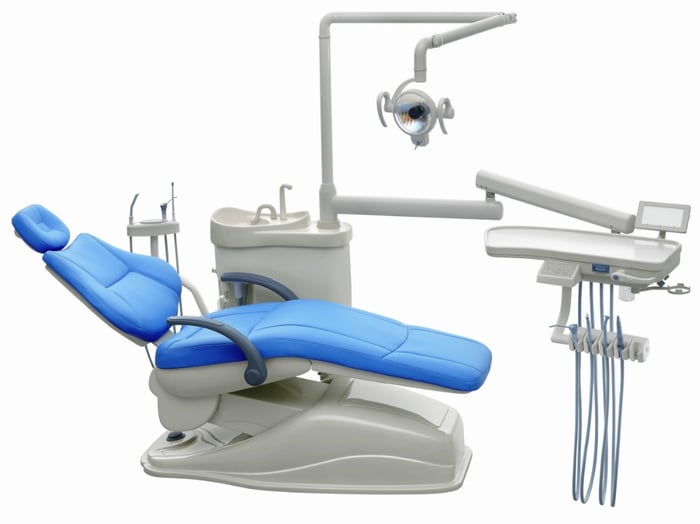 In the Dentist’s Chair: 5 Minutes time

How I found out about my dentist? I saw it while walking on the sidewalk, went into the office,  and walked up to the lady sitting at the counter. I said “Sarang Eee”, which literally means ‘love tooth’ while pointing to one of my wisdom teeth. The lady looked at me, and pointed to the calendar. I pointed to Wednesday or Saturday. She said, “Unje?” meaning when.

I replied, “Modu Gwenchanayo,” it’s all okay. She asked if two was okay to which I agreed. I did it without any translators or research. It really wasn’t that challenging at all. The small amount of speaking I used were pretty simple Korean and English words, and if I did have problems I could always used a translation app. They then had me get an X-Ray, which cost around $17, and sent me on my way.

Two days later my appointment came up. That’s right two days, I didn’t have to wait the months that it would have taken in my home country. I simply showed up, and they brought me to the back. The assistant had me sit in a chair, she put a blinder over my eyes, and I opened my mouth. Then the dentist came and injected medicine to eliminate the pain. He came back in ten minutes once my mouth was fully numb. Then with the guard once again covering my eyes, he reached the pliers into my mouth, wiggled the tooth for a bit, and had it out in no time.

The whole process of him working on it only took around 5 minutes. During that time, I felt no pain. Of course I was scared, as anyone would be, but if I wanted to, I probably could have taught after two hours. It really wasn't bad at all. The medicine didn’t knock me out or anything. I just iced my cheek for a couple of hours with a cotton ball in my mouth for the duration. I then went to Starbucks, had an iced coffee (NO STRAW), and went about my day. 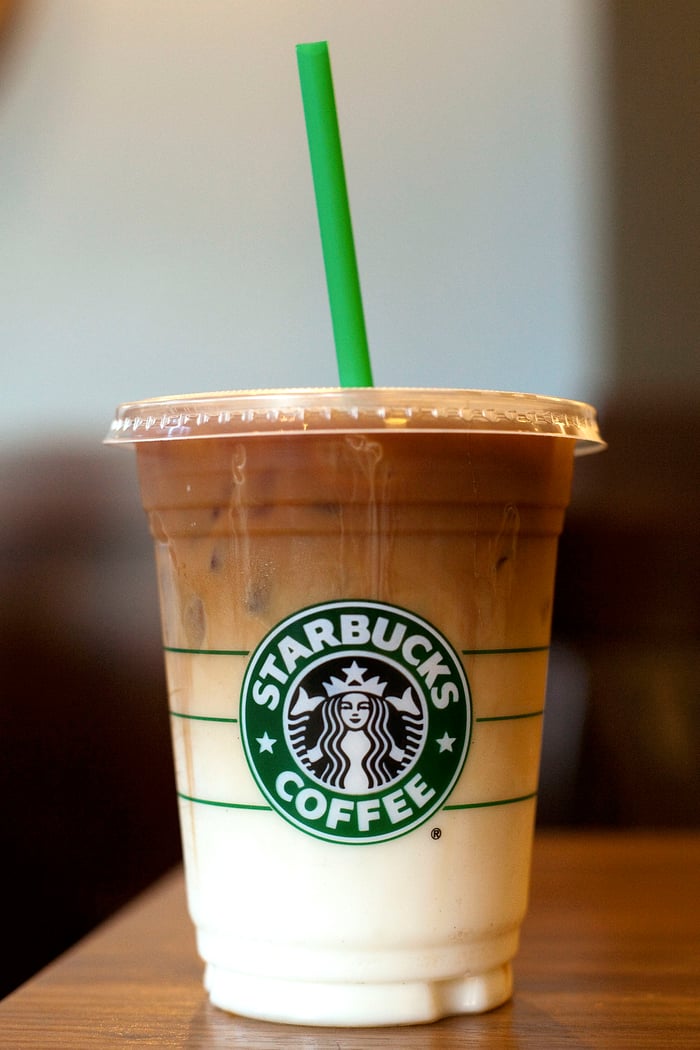 The next time I went, my tooth was super close to my second molar, so they had to drill a bit. Yes, I was awake. No, it wasn’t that bad. It was relatively the same experience that I had with my first tooth extraction.

The molar of the story is that getting your teeth taken care of in Korea is a no-brainer. Once again, I am not a dentist, my teeth are really good, none are impacted, and I don’t know your story, but I have read numerous similar blogs about expats who told similar stories as the one you are reading here. Happy wisdom tooth extraction!

Neil Frazer has been teaching with Chungdahm for a little over three years. He comes from a small town in Wisconsin, named Spooner and graduated from Olivet Nazarene University with a Bachelor's of Social Work. After traveling to Korea in college he quickly fell in love the culture, food, and quality of life that Korea has to offer and immediately knew he wanted to come back. He looks forward to sharing his experiences of living in Korea and working at the Pyeongchon branch, near Seoul.