On November 21st 2013, I arrived at Incheon airport in Korea. I would soon be heading to Chungdahm headquarters for a week of training, but not without being mesmerized and excited by my new surroundings. Everything was so exciting and new. What I didn’t really understand at that time was just how new I was. In high school or university, there is an idea that freshman just have no clue about what is going on. I have found that true in the real world as well. I myself have grown, but I know that I am not finished growing. When you come to Korea you will feel the same. What is my suggestion? Don’t fight the newness, but rather, enjoy it! 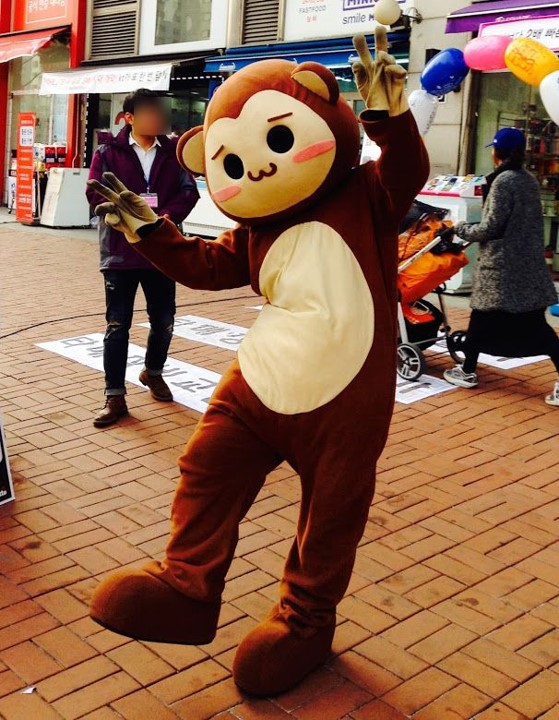 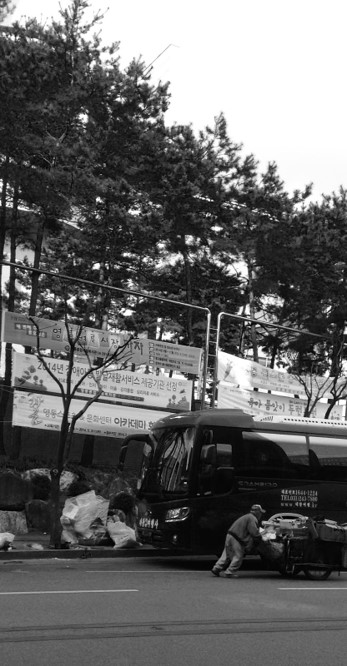 A New Career and a Mindset to Go With It.
After training and arriving at my new home I was able to experience teaching for the first time. Seeing my students and getting to know them on a personal level as I battled against the cultural gap of my understanding was something that actually helped me to grow. I also had to learn how to teach as well as make up for all of the missed education that I hadn’t received. The combination of all of these things made life really intense for a bit; however, I learned to enjoy that intensity! It is addictive. Ask any teacher who has been here a long time. Most have two or three different roles inside or outside of the company. Going back to the United States, I am loathing the possibility of sitting at a desk or working retail for forty hours a week. The mundane is a terrifying idea to me. Life needs to be fun, exciting, and dare I say - meaningful! 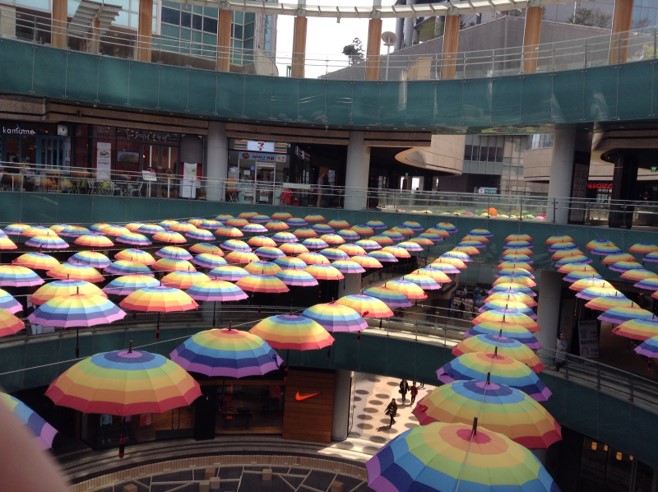 New Hobbies
As I ventured out of my shell to explore my new world I started to take photos of the things that were slightly different from my norm. At the time I did not realize that it might not be okay to take photos, but everything was just so fresh that I couldn’t help being excited!

Now I can realize that the pictures I took were just of people living their lives. But at the time, the difference was just really interesting to me. I sent the photos to my family quite often to try and share my new and growing perspective. The number one thing that I took pictures of was probably food. Prior to coming to Korea, I ate a lot of processed and frozen foods. It was very different from Korea as more foods were fresh and healthy here! How I gained thirteen kilograms eating healthy food is another question entirely, but the short answer is that it has been delicious. 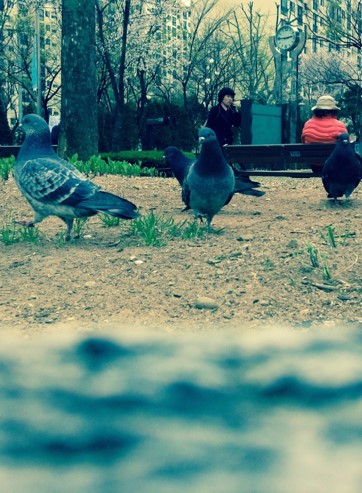 For the first time in a long time, I began to feel happy with myself and life in general. One of my favorite moments was when I went to the park to feed the pigeons. I know now that you shouldn’t feed pigeons bread. Rather, nuts and seeds are much better. At the time I had no idea and simply gave them Pringles. They came quickly in large numbers as soon as I started to throw the chips. Coming from a rural area I had very little experience with these arguably beautiful birds. 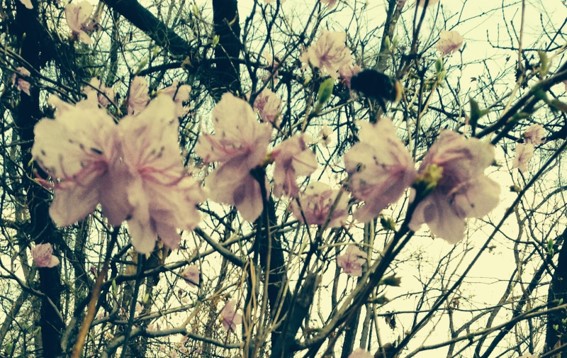 I also began to play music at a church. I was leading the worship for the teen group. That was an entirely new experience. Coming from a background within the church it was something that I had really wanted to do. However, I did not realize the frustrations that came with it. I had also not realized my severe lack of consistency with rhythm. There were some beautiful moments there, but there were also some very ugly ones as I battled with the teenage musicians for control over their practice time. It was actually a very funny situation. I had not learned how to take the bus yet, and the church was around a one hour walk. I hiked over a mountain carrying my large and heavy acoustic guitar. In winter, things got really complicated as I tried my hardest not to slip on the ice. In spring, the flowers on the mountain bloomed and bees hovered here and there between the beautiful wild flowers. This was a very healing time for me.

New History
One thing that will always stand in my mind is the vastness of history and the depths and politics that go into play. The full history on this peninsula might never be known after Korea’s history was burnt and pillaged during the Japanese occupation. But I had never considered just the youth of my own country. Seeing Korea’s historical sites and palaces have been something that I’ve really enjoyed. Between the super famous Gwanghwamun Palace in Seoul, to the equally significant Hwaseong Fortress in Suwon, it was a fantastic and interesting learning experience. To see how Korea had to guard itself from the surrounding nations, and the different methods that were employed to keep Korea safe have just been fantastic. 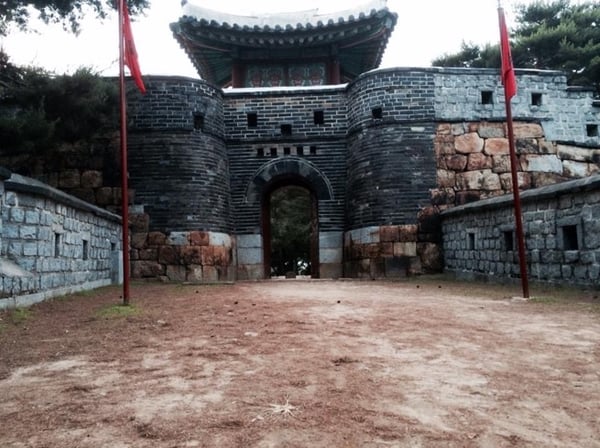 And to imagine the lives of students who had to walk from city to city in order to study for exams has also been very interesting as I traveled to Mungyeong Saejae. It truly helped me feel separate from my own time and mindset. 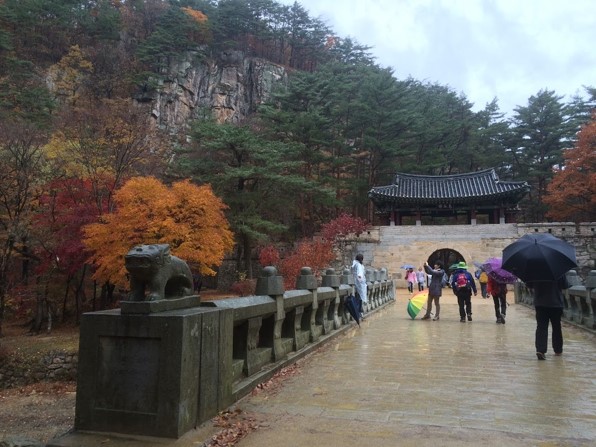 New Friends
Most importantly, I made new friends. These are people who I have worked with or met along the way. I’ve spent numerous hours playing board games and video games, talking till late at night about life problems, eating barbecue, and adventuring together with these people. They have been what has made Korea most special. I will have these friendships the rest of my life. These are people I care immensely about and know that I will see them in the future. 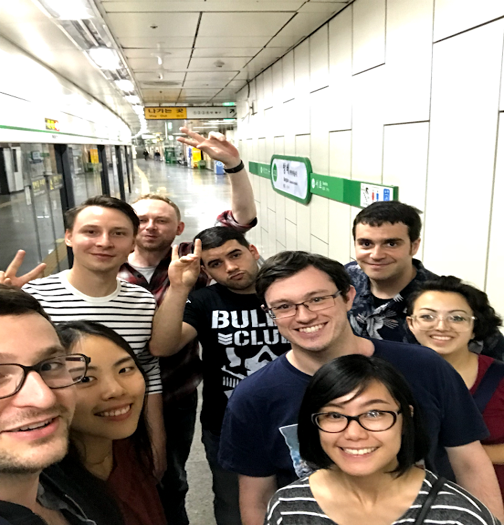 I hope that you get to enjoy Korea someday! Thank you for reading my blogs!

Neil Frazer. the author, has been teaching with Chungdahm for a little over three years. He comes from a small town in Wisconsin, named Spooner and graduated from Olivet Nazarene University with a Bachelor's of Social Work. After traveling to Korea in college he quickly fell in love the culture, food, and quality of life that Korea has to offer and immediately knew he wanted to come back. He looks forward to sharing his experiences of living in Korea and working at the Pyeongchon branch, near Seoul.