When people think about living and teaching in Korea they usually only consider living in the well known cities of Korea such as Seoul and Busan.  However, having been teaching in Korea for more than two years now I can say with certainty that there are many other great places to call home during your time in Korea.  For the past two years I have taught and lived in Wolbae, Daegu. Where is Daegu you ask? Well, this blog will explain all. When I got my contract for Daegu – I thought great, I have my contract I’m ready to go. My second thought was, where is Daegu? All I knew was it wasn’t Seoul and it wasn’t Busan. 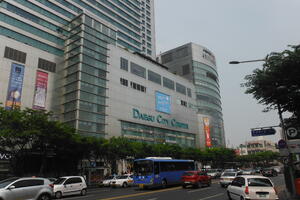 Daegu is the 3rd largest metropolitan area and 4th largest city in South Korea and is only 40 mins away from Busan by train. In fact it’s so close to Busan you can visit the ‘beach city’ on weekends. However, I am currently finding it hard to leave Daegu as there is so much you can do here. From Hiking to climbing, white-water rafting, to its incredible night life – Daegu is a great city to live in while you are teaching in Korea. This blog will take a look at what there is to do in Daegu, from hiking to theme parks, eating out and socializing to grocery shopping. 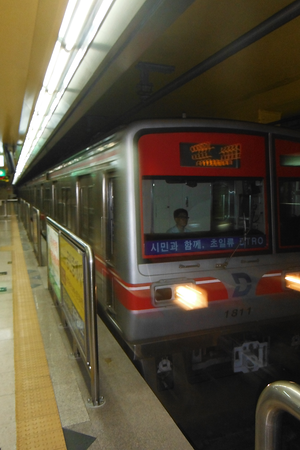 In the first few weeks that I was in Daegu I had gone to the cinema, visited Apsan park (the views are amazing), hiked, visited many Korean BBQ’s and sampled some of the great nightlife Daegu has to offer. The fact that Daegu has its own subway makes getting around this HUGE city a breeze. While Daegu's metro is not as large as Seoul's, it has three lines - which means it is extremely user friendly and easy to navigate. This makes it especially convenient for first time users.

Daegu , even has its own theme Park, called EWorld, which is very popular among the English teaching community here.  With an admission cost at a little under $25 It makes for a great and cheap day out. 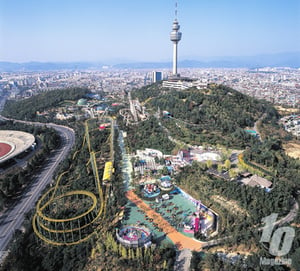 Even if roller coasters are not your thing, you can take a trip to Woobang Tower, or 83 Tower as it is known here in Daegu. As I mentioned at the beginning there are plenty of outdoor activities you can do here on the weekends. One of the main reasons for this is because Daegu is surrounded by mountains; everywhere you look there are mountains – which mean no matter where your apartment is, you are sure to have an incredible view.

Apsan Park Gondola Ride (Come on, as if I was going to walk ALL the way to the top)

Daegu has many parks; Apsan Park is one of them and is only a 5 minute cab ride from my neighborhood, costing around $5 each way. This park is filled with temples and monuments, one of which is pictured below: 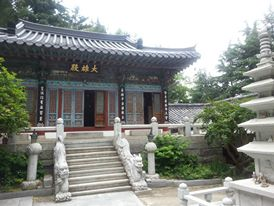 The hiking trails are also amazing, so if you are interested some light or even some heavy hiking, Daegu is well worth a visit. You are sure to find a trail that will suit your level as there are hundreds of them around. Also, if you want to take a Gondola ride to the top and then stroll around you can do that as well. One thing of note is that because of the mountains surrounding Daegu it gets pretty hot here.  In fact Daegu is the HOTTEST place in Korea. 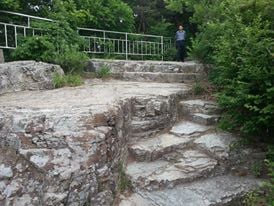 Luckily for me, Daegu plays host to many national and international festivals each year, from The International Body Painting Festival to the Chicken and Beer Festival, there are always always fun and exciting things to see and do here.

After you’ve spend your day either hiking up a mountain or walking through one of the many markets, it's time to head downtown (via subway) and sample the night life! I recommend starting with Korean BBQ, where you and your new co-workers can sit around talking about the night before and plan the night ahead.  Once you are doing eating the delicious Korean BBQ you can then hit up one of the MANY bars and clubs Daegu has to offer. 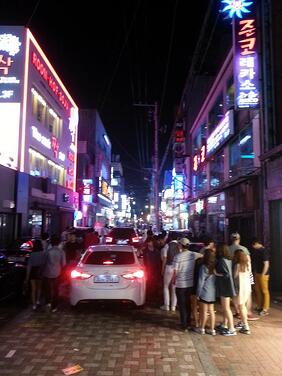 Downtown, whether it is a Korean bar or a western style bar filled with other English teachers from around the world, you are sure to find a regular hangout spot. For me, I love heading to the downtown area known as "Samducksabangso" (It's the Samduck Area beside a Fire station). Here you can find my favorite bar, Gogo. While many of the bars in this area are Korean, they tend to attract a lot of other foreign English teachers. 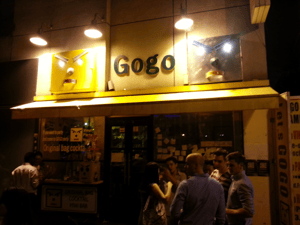 If you are interested in trying a funky drink while out, then I recommend trying a bag drink (pictured below).  Imagine a Capri Sun type bag, (only bigger) filled with your favorite drink.  For less than $5 or €3 you can get almost any drink you’d like in a plastic bag, and you can drink it inside or take it outside.  Just a word of advice when drinking the bag drinks, be careful, because they are very strong. 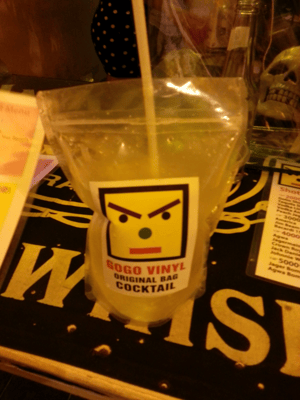 After GoGo’s, my colleagues and I usually head to another bar to play a game of Beer Pong. This is a good game to play downtown, and even if you do not drink alcohol you can still join in, as you don’t have to play with beer! Other popular games my friends and I play at the bars are pool, darts and cards.

Speaking of social activities, there is a monthly magazine called, “The Daegu Compass” which can be found at most bars downtown for free. It is targeted at westerners and contains everything you could ever need from food both Korean and western to cool activities to do in the surrounding areas. There are even maps and transportation tips – it’s defiantly worth a read.

My neighborhood has a huge market that’s open seven days a week, Monday – Sunday 10am – Late.  Here you can get everything from groceries, to fresh Kimchi to household items. Even if you don’t need anything it’s worth a walk through.  Luckily for me, Korea's very own version of Tesco's or Walmart "Homeplus" is right on my door step. At Homeplus you can buy anything from pasta sauce to cleaning products to bedding.  They literally sell everything you can possibly want. Daegu even has a Costco, where you can buy many of your favorite American goods. 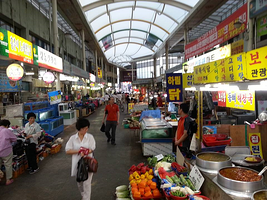 Just like in America, you need a membership card (costing $40 per year) to be able to shop at Costco. The other teachers and I, whom I have a shared membership with,  make a trip about once every two months.  It is there that we buy many of the foods for our work pot-luck such as sour cream to provolone cheese to giant packs of Cheetos.  Costco also sells amazing cookies, which are freshly baked, and enormous pizzas.

Perks of Living in Daegu:

Daegu is known for the city of food and when you come here you will know why. In Daegu when you order any type of dish you will be spoiled with the array of side-dishes which accompany it, and the waiter or waitress will always be happy to refill the dish for you. Whether it is kimchi, japchai, soup or pickles, prepare to eat a lot of it! Another thing Daegu is famous for is its service. This is when you get free food. This happens most often when you order drinks or become a regular in one of the many, many restaurants or bars Daegu has to offer. While this does happen all over Korea, I can honestly say, it happens most often in Daegu, in fact, service is almost expected in many places.

I hope this blog helped you get to know more about Daegu and all it has to offer. While both Seoul and Busan are amazing cities, there are many other cities, such as Daegu, that are terrific places to live in and visit when you are teaching English in Korea.

Tags: benefits of living in Korea