Seollal (설날) or Lunar New Year is arguably the most celebrated national holiday in Korea. Solar New Year on January 1 is also observed in Korea, however Seollal is much more celebrated and significant and lasts for three days (the day before, the day of, and the day after). In 2019, Seollal falls on February 5 of the Gregorian calendar and Chungdahm teachers have all of February 4 to February 6 off for the holidays. 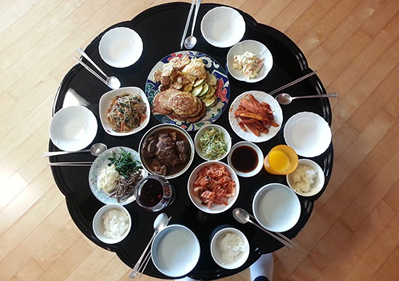 In Korea, the 2 to 3 days before Seollal are busy with people buying and preparing food and gifts for parents, relatives, employers, and employees. My cousin who works as a physical therapist in a large hospital buys a gift each Lunar New Year and brings it to his former manager’s home even though his manager is now retired. This is to show his appreciation and respect towards his first manager who hired him straight out of university and gave him the opportunity to work at his first job. I personally like to buy my family here large boxes of fruit.

At our Chungdahm branch, the owner kindly gave each teacher a large 10 pound box of Asian pears which is a common and popular gift to give during this holiday. I frequently see people carrying these large boxes of pears around during this time of year.

As expected, travel during this time is extremely busy as people are booking trains, buses, planes and getting their cars ready for a long commute to visit family in other parts of Korea. Commute times can take 2 to 3 times longer with all the traffic congestion and mass exodus of the bigger cities. 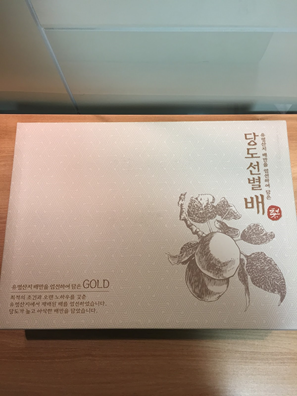 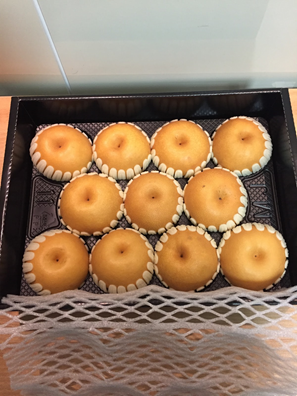 Typically, the morning of Seollal begins with family members gathering in their seolbim (설빔) or special traditional clothing for Seollal. Nowadays, it is common just for the children to wear the seolbim, if at all. The traditional or ritual food always served and eaten at Lunar New Year is  tteokguk (떡국), rice cake soup made with sliced rice cakes, beef, egg, vegetables, salt and pepper. In Korea, the clear broth of tteokguk is believed to symbolize and represent beginning the new year with a clean mind and body.

After the meal, the children or younger members of the family pay respect to their elders by taking a deep formal bow called sebae (세배). Then, the elders of the family offer their blessings and wishes for a prosperous year. Children often receive sebaetdon (세뱃돈) or New Year’s money as a Seollal gift. For the remainder of the day, family members engage in more relaxation and fun with food and drinks, watching tv and games, and good old conversation.

Quick Tip: Most Chungdahm teachers don’t have family in Korea, but gather together during Seollal for dinner and fun times. Many restaurants, shops, and major shopping districts will be closed for at least 2 of the 3 days, but recreational and cultural facilities such as amusement parks, national parks, and major palaces stay open to the public. 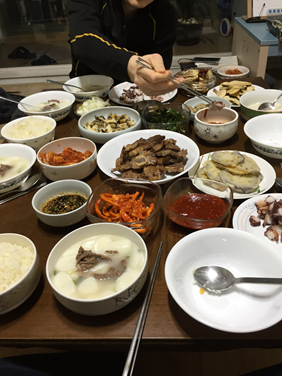 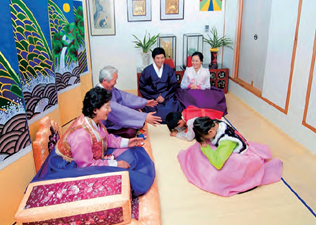 Typically, this is a big travel day for many Koreans as they head back home to the big city from spending the night at their relatives home. The travel and commute takes a significant part of the day because of all the traffic, but it would have been all worth it to spend the holidays with family back home.

Those who remained home without travelling will usually begin to resume normal routines and activities before heading to work the next day. Shops and restaurants begin to open again and many just continue to relax and go out for a nice lunch or catch a movie.

As a Chungdahm teacher, you can look forward to holidays like Seollal as there are many options to spend your time in a fun and enjoyable way in the city or travelling. Eat some great food, explore some cultural events, or even travel to Japan...the options are endless with some free time in a great country like Korea