One of the major stresses for people coming to Korea is what to do about a cellphone. People often wonder if their current phone will work abroad or if they should buy a new.  Finally after stressing about if they need a new phone or not people then begin to worry about which plan they should get.  Well, after living in and teaching in Korea for a couple of years, and talking with numerous people about this issue, I have a couple of tips and ideas that I hope will help you decide what to do.

Will My Current Phone Work in Korea?

First, you need to find out if you need to get a new phone or not. Well, to answer this question you need to do a little research: 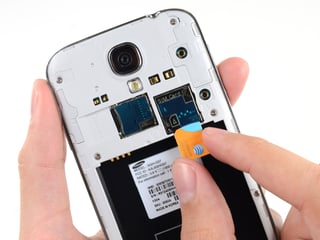 First, does your phone have a sim card holder? If you do, great! If not, no! Unfortunately, you need a phone that can handle sim cards in order for it to work in Korea.

Second, is your phone unlocked? If you aren't sure what this means there are two methods to check. First, borrow a friend’s Sim Card, from another provider, and simply put it in your phone. If your phone still works, then your phone is unlocked. The second is the least fun which is checking with your phone provider. You have to call them and ask.

To unlock your phone try asking your carrier provider to unlock your phone. Some companies, such as AT&T, have unlocking phones featured on their website. That’s how I unlocked mine. Before the company will unlock your phone, it needs to be payed off. Here is the one for T-Mobile .  For Verizon, your phone is most likely already unlocked as they make it their policy to sell unlocked phones.

Third, the phone has to be the right frequency for certain companies. Confusing, I know! So, try this website. It works really well. Simply enter what kind of phone you have, the model, and where you want the phone to work (in this case, Korea). After this, you need to select which carrier you want it to work on. I would look at the three biggest carriers individually, namely: LG U+, SK Telecom, and Olleh (KT).

After making sure the phone will work, you are good to go to bring it to Korea. If the phone isn’t going to work, it would make sense to unlock it and sell it. Unlocked phones sell for the most money. Or the second option is to keep it for when and if you are going back to your home country after your contract. However, whatever new phone you’re going to get will more than likely work no problem when you take it back to your home country.

Now, let’s say you have the unfortunate circumstance of having to buy a new phone. For people who love new things, yay you! For people who don’t like spending money, sorry! I would advise looking at buying a phone BEFORE you come to Korea. What I mean is that most phones are cheaper to buy in the U.S. than Korea. For example, a new iPhone typically costs around $200 (US) more to buy in Korea. And Samsung phones are actually cheaper in the U.S. as well. So, that being said, where can you buy your new phone? I would suggest two places, just make sure whatever phone you buy is unlocked!!!

The first place I would suggest is to buy a used phone on Ebay. I have purchased a lot of things on Ebay, and while most things are good, there are a couple of things you need to be wary of. The first being, don’t buy phones that show the initial screen or an image of the phone from google images. This is because it might not actually work. And it might be in terrible quality. You should bid only on items that have an actual picture of the phone. Second, don’t buy the phone if it isn’t in new, like new, or manufacturer refurbished. Manufacturer refurbished is good, seller refurbished can not be trusted. Also, look for positive feedback on the seller. This should be located on the right side of the page of whatever you are considering bidding on, or buying outright. If the phone seems too good to be true, and the seller has less than 4.5 stars, it probably is too good to be true. Also, if the seller doesn’t have very many reviews, it’s not worth it to trust them.

Whichever phone you decide is right for you, just make sure that it seems okay. If you have any gut reaction that the phone might not be good, don’t get it. It’s always better to be safe than sorry.

My second suggestion would be to buy from the supplier’s website as a refurbished phone. What I mean is that if you are going to buy an iPhone, you can get one that is BETTER than new for around $80-100 less than new. These phones are better than new because the supplier had to take them apart, redo everything by hand, and make sure that everything tests out. When you buy a new phone, it’s not really tested to make sure that everything works, and therefore something might not be done correctly. Therefore, it is much safer to buy a refurbished phone than a new phone. To get a refurbished iphone, go here. To get a refurbished Samsung phone, go here. Samsung has really good deals on their refurbished products and you can get one fairly cheap.

For me, I purchased my laptop, MacBook Air, refurbished and it has been working with no issue for 4 years. I am quite happy with the refurbished quality and professional look. It seems as though no one has ever used it before. My family also buys exclusively refurbished only, and we have not had any issues.

If you have to buy a phone in Korea and you are buying it USED be EXTREMELY CAREFUL! What I mean is that there are a lot of sellers in Korea that trick their ‘customers’ in sending them money, and not getting anything in return. So, NEVER send money. Only give money in person. Once again, NEVER SEND MONEY! Also, when you meet, make sure that you are meeting in an area where there are a lot of people, and it is bright out. While Korea is extremely safe, you don’t want to be the exception.

To purchase a used phone, the best method would be to wait until you are Korea and buy from a teacher that is leaving. So you can either ask at your branch, or use the internet. For buying online, use either Craigslist or Facebook. Using Craigslist is a bit easier to sort out the real phones and the ones that are fake. For Facebook, I have found one or two real sellers, but the majority of them are fake, and I can’t currently find anything that has real items on it anymore. So, for Craigslist, go here.

To email someone, simply hit the reply button on the top left corner and email them directly. When contacting the person, tell them that you are interested in seeing the phone to make sure that it is good quality before buying, also ask them if it comes with the original charger and headphones. If they deny your request, then it was probably not real in the first place. If they say yes, then request to meet at a location maybe halfway between, or feel free to meet in their area. Just make sure that where you meet is a public area, and it is not too late.

When deciding which company to go with, you should first consider if you’re going to buy a phone from them, and what deals are being advertised. If you’re not, I would suggest doing a little research and seeing which prices they have. There are three main companies in Korea and there is honestly very little difference between the three as their services and costs are nearly impossible to tell the difference.

Most of my coworkers have always chosen KT Olleh, as it is reliable, they have some English services, and most importantly they have WiFi almost everywhere. They have it on buses, in the subway, and at any of their stores, which are everywhere. If you’re good about using WiFi and get Olleh, you can also choose to get a pay per usage plan. A lot of my friends get this one and pay almost nothing for their usage. I on the other hand like reliability, and not having to reload money onto my phone. I pay around $50 per month for a lot of data, good amount of calling time, and around 100 messages.

When choosing a plan, know that calling and messaging is the most expensive. Because of this, messaging and calling services are really used in excess. Almost everyone in Korea uses a messaging app called Kakao, and some people use a similar app called Line. I’ve never used Line, but I always use Kakao. Facebook Messenger is also getting very popular because of its international use.

So, if you’re having to get a phone in Korea, I hope that I have been able to help you. If you have any questions, feel free to comment below!