Should You Live in the Countryside or City When Teaching in Korea?

When you apply with Aclipse to teach in Korea, you need to choose a place you would like to live. Most programs will offer big cities like Seoul, Busan or Daegu, while other placements will be in the smaller rural towns somewhere in Chungcheongnam-do, Gyeonggi-do, and Gangwon-do. When going through the application process here is a chance you may not get your first choice when being placed, but you can narrow down the type of experience and lifestyle you would like to live in, while teaching in Korea. Over the past five years, I have been lucky enough to live both in the Korean countryside and a major city. This blog will focus on my perspective of both lifestyles. 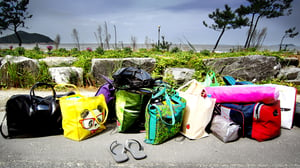 Korean city life is fast-paced and filled with events happening around every corner. Koreans in the city live a rushed and busy lifestyle, often looking drained as they hurriedly scurry along to their destinations. On the other hand Korean countryside life is the complete opposite. It is slower paced and the people live a more traditional Korean lifestyle by engaging in hard labor and farming activities.

Living in the Korean Countryside

I feel privileged to say that my first Korean experience was in the countryside town of Hongseong. Hongseong is located south-east of Seoul, and is in Chungcheongnam-do province. It is renowned for its beef BBQ and shrimp festivals. The area is also famous for "kim", which is dried Korean seaweed.

Life in Hongseong was very different than living in Seoul. The people are known for being very friendly and kind and probably some of the most down-to-earth people you will ever meet. Your experience as a foreigner is often surprising and shocking, as there are not many opportunities for the locals to see foreigners. So, most of your time is spent saying "hello" to random strangers or having plenty of old-generation Koreans staring at you.

Out in the countryside you will most likely have to learn to read and speak basic Korean, or otherwise you won't be able to catch a bus to the correct destination or tell the cab driver which street you live on. Learning Korean however  is the fun part, although on the downside you will have old people laugh at you for speaking like a baby! On the plus side of having to learn Korean, you will have the opportunity to make a lot of Korean friends and be able to practice your Korean skills on an everyday basis. Most young Korean students who live in the countryside want to improve their English skills, and will take a big liking to a friendly foreigner walking by.

Life in the countryside is much slower. Unlike in a  big city, buses are more irregular and there is a lack of shopping and Western products. If you are lucky your town will have a Homeplus or Lotte Department Store, if not you will need to change your diet to suit more of a Korean one. For example, simple things like cheese, yogurt and savory bread might be hard to find. On the weekends, you will need to venture to a bigger hub to buy foreign products or that favorite American bacon you like so much. However, the great thing about Korea is that it is a small country, so ordering your favorite groceries from G-market or High Street will take no longer than 2-3 days, and it arrives efficiently with ice packs included!

So, is the countryside for you? If you want to have a real Korean experience and feel like you have truly immersed yourself into Korean culture, then I recommend your first job be outside the city. The countryside is challenging and at times can be really hard, but it will teach you a lot more about yourself than the city would. Also, the bonds you make and the adventures you take end up being much stronger, because of the isolation and unique situation you find yourself in.

Living in the Korean City

Korean cities vary in size, often changing the kind of experience you will have there. The major cities like Seoul, Busan, Daejeon and Daegu are all highly populated and bustling with life. Seoul is one of the most populated cities in Asia and has a very busy and noisy lifestyle. Unlike my first experience, in the countryside where it was peaceful and quiet, Seoul is rather noisy and the streets are packed with people rushing to their everyday life. But, unlike New York and London, Seoul is relatively clean and trendy city, and it is fast becoming one of the top cities in the world. 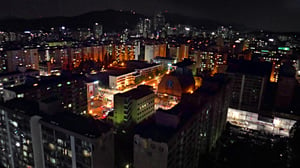 Over the past five years, I have noticed an increasing amount of foreigners interested in traveling to Korea. Seoul has become a vibrant city offering plenty of cultural and international events weekly. There is literally something interesting to do every weekend in Seoul, and it can be anything from French Christmas Markets to Music Festivals to hiking Bukhansan.

Big cities in Korea have efficient transport systems that work around the clock and from the subway to the bus they will come every ten minutes or less. Most foreigners rave about the Seoul transportation system and believe it is some of the best in the world. The Korean subway is probably one of the cleanest undergrounds I have seen in the world, with regular weekday and weekend schedules. Also, city transport is affordable and cheap, making traveling in the city easy for literally anyone. 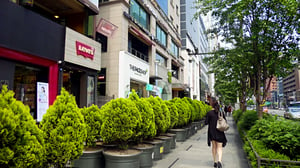 If you love shopping, then living in a Korean city is for you! There will be plenty of options from large department stores to international shops. You can buy all the products which you need, and you can probably stick to your regular lavish diet of Cheese, Greek yogurt and Lindt dark chocolate. You can pretty much find any foreign products in a major Korean city like Seoul, and anything your order online might only take a day or so, because most of the depots are in Seoul.

Living in a city also has the advantage of being close to the airport. This makes it easier to travel to Japan or China on weekends. If you live in the countryside you will need to catch a bus or a train to a major city, and then still hop on the subway. lf you’re lucky your town might have a bus that goes directly to the airport, but this is not always the case and traveling to the airport can be a mission.

Making friends in the city is a lot harder than in the countryside, because people are not as isolated and there are plenty of options to come and choose friends as you please. Groups of friends can be more "cliquey" and difficult to breakthrough. If you'd like to have more of a "Korean” experience in the city, you will need to break away from foreign groups and join meet-ups with Koreans who want to exchange culture and language. Also, speaking Korean is not necessary in the city so you would need to force yourself to practice Korean and speak to people who want to teach you. Also, mostt Seoul inhabitants will speak English to you, at any opportunity they can. 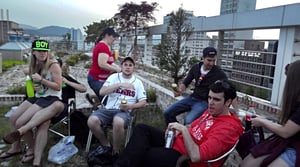 Many candidates ask me if I preferred the city to the countryside, or vice versa. Personally I am glad I did the countryside first, before I ended up living in Seoul. I enjoyed learning about the 'real' Korea and gained invaluable experiences such as learning to speak Korean, making life-long friends and engaging in bonds with my Korean co-workers. The countryside was a challenge but one I learned a lot from and am grateful that I did experience the adventures that I did. I am however now blessed to say I live in an awesome district of Seoul and am very happy with my current lifestyle here. Every day is filled with cultural exchanges and happy memories I will remember for a lifetime!